Recess is over: What Congress should act on now

After a five week recess, members of Congress returned to their Capitol Hill offices on Tuesday night. 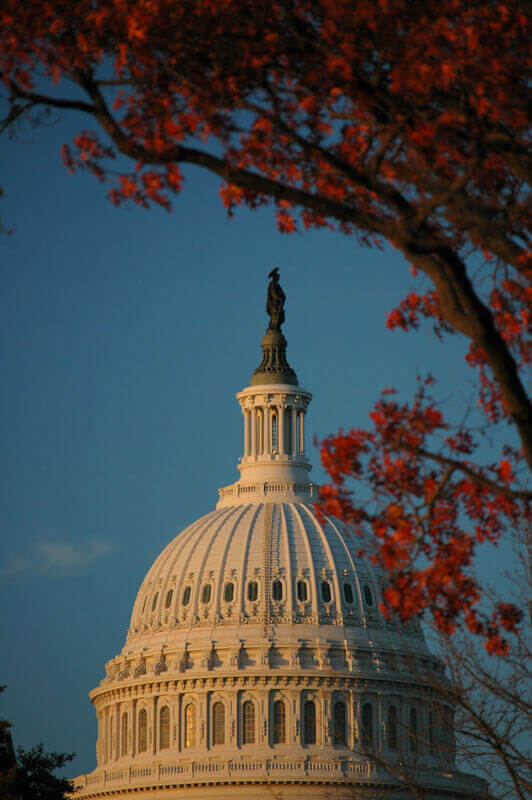 With only a few weeks left in session, lawmakers must decide what to prioritize and what to push off. Photo: Photo Phiend

After a five week recess, members of Congress returned to their Capitol Hill offices on Tuesday night. Staffers who had enjoyed the brief freedom of wearing jeans to work returned to their suits, and lobbyists and constituents alike returned to waiting in long security lines to enter Congressional offices. With only a few weeks left in session before they hit the campaign trail, lawmakers must decide what to prioritize and what to push off.

Here is what we expect Congress may address before session end.

Lawmakers appear to be coming together to support additional funding to meet the needs of the Ebola crisis. Last month, the President requested an additional $88 million to bring much needed drugs and supplies to the West African countries ravaged by this deadly disease, and Chairman Rodgers has indicated that the full $88 million will be included in the House version of the continuing resolution (CR). A summary of this CR put out by the House Appropriations Committee notes that this funding will be used to “accelerate [Department of Health and Human Services’] research on Ebola therapies, and additional funding for the [Center for Disease Control and Prevention’s (CDC)] response to the growing outbreak in Africa.” Chairman Rodger’s budget is in line with the current budget cap of $1.012 trillion and would maintain current spending levels. 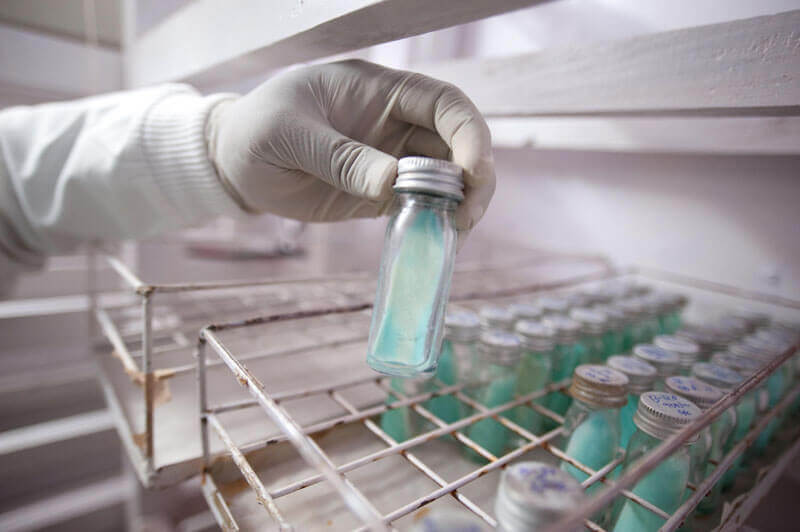 Strong language supporting global health R&D was included in many of this year's appropriations report, but will it make it into a more long-term budget deal? Caption Photo: PATH/Gabe Bienczycki

GHTC is hopeful that we will not face another government shutdown—we know that funding for research and development (R&D) is best leveraged when there is consistent and certain financial support. Another short-term CR will continue to undermine potential game-changing discoveries and, as detailed in GHTC’s 2014 Policy Report, make planning for the future nearly impossible.

Congress bucking at the traditional appropriations process also means uncertainty around what, if any, committee report language will be included in a more long-term budget deal. In previous blogs, GHTC reported on the strong language in support of global health R&D that was included in many of this year’s appropriations bills, including those put out by the subcommittees on Labor, Health and Human Services, Department of Defense, and State and Foreign Operations. We hope this language will be included in whatever final agreement takes place. While House and Senate fiscal year (FY) 2015 appropriators showed only lukewarm support in their funding for global health R&D, some accounts—like those for the National Institutes of Health and CDC’s Center for Global Health—saw funding requests from the Senate that were above both FY 2014 funding and White House requests. A CR means these recommendations for funding increases will continue to be put off.

With pending mid-term elections, it’s difficult to predict what this lame-duck session will bring. While Politico is already predicting that this will be the “lamest lame-duck session,” there are a number of common-sense, no-cost bills that Congress could and should pass before the end of the 113th session. The 21st Century Global Health Technology Act, a bill which establishes the US Agency for International Development’s mandate for global health R&D, as well as improves agency coordination, transparency, and reporting would be an easy way for Congress to leverage existing funds and programs without creating any additional spending. Additionally, the Patents for Humanity Program Improvement Act of 2013 would make it easier for American researchers to develop solutions to the world’s most pressing health issues and incentivize first-time researchers to apply their work towards addressing humanitarian needs.

While preventing another government shutdown is a step in the right direction, we hope lawmakers will take seriously the need for longer-term solutions. With three months left in the 113th Congress, it’s time to get down to business.

Written by Nick Taylor / GHTC
Read time:
In this regular feature on Breakthroughs, we highlight some of the most interesting reads in global health research from the past week. Now that members of Congress are back in their Capitol Hill offices after five weeks of recess, lawmakers must decide what to prioritize and what to push off in the few short weeks left in session before members hit the campaign trail for the upcoming November mid-term elections. In the latest post on Breakthroughs, GHTC Senior Policy and Advocacy Associate, Jenny Howell, provides a breakdown of what lawmakers should do to ensure global health research and development gets the support it needs. Federal funding in the United States for biomedical research has declined by more than 20 percent in the last decade. At the same time, more scientists are competing for a smaller pot of money. NPR highlights two stories of researchers forced out of science because they either can’t get research funding or “because the rat race has simply become too unpleasant.” Scientists at the National Institutes of Health (NIH) have discovered an HIV antibody that could be effective in fighting the deadly disease. According to the scientists, the antibody—called 35O22—can prevent 62 percent of known HIV strains from infecting cells. The NIH-led scientists also found that the antibody closely resembles antibodies that naturally occur in HIV, which could help in the development of an eventual vaccine. Results from a recent clinical trial could change the approach researchers take on the delivery and development of tuberculosis (TB) drugs in the future. While the REMoxTB trial did not successfully prove TB treatment times could be shortened from six to four months by substituting antibiotic moxiflacin for a currently used drug, it did prove that moxiflacin was safe to use to treat TB on its own. Also, because the trial was one of the largest ever for a new TB regimen, the trial left a stronger research infrastructure to conduct other trials in the future. The Bill & Melinda Gates Foundation has committed $50 million to fight Ebola in West Africa. According to Gates Foundation CEO Susan Desmond-Hellmann, the new money will be available for emergency operations and to help develop drugs, diagnostics, and vaccines to fight the disease. The Gates Foundation’s commitment is the largest sum to ever for one outbreak.
PATH/Dan Chang

Written by Nick Taylor / GHTC
Read time:
In this regular feature on Breakthroughs, we highlight some of the most interesting reads in global health research from the past week. As the world’s worst outbreak of Ebola continues to kill thousands of people in West Africa, pharmaceutical companies are beginning to focus their efforts of developing an effective vaccine that could prevent future outbreaks. Recently, both GlaxoSmithKline and Johnson & Johnson have announced plans to begin conducting human clinical trials for a vaccine. In a recent blog post in Breakthroughs, Deutsche Stiftung Weltbevoelkerung writes about the urgent need to improve the global health situation, and how they continue to advocate for health improvements in low- and middle-income countries. As part of this work, they have launched a series of policy briefs on the issue of global health research and development (R&D), outlining why we need to increase financial and political support (in Europe) for efforts aimed at creating new ways to tackle diseases such as HIV and AIDS, tuberculosis, and malaria. In a new article in PLOS, global health experts write on how the international community can fund global health R&D projects. After the World Health Assembly meeting last May, four demonstration projects were selected by Member States to apply new approaches to neglected disease research. Funding for these projects will come from a pooled international fund. A new paper takes a more detailed look into the pipeline for neglected diseases, finding 650 clinical studies for diseases primarily affecting populations in low- and middle-income countries. The study’s authors found that research centers and public organizations are the most important clinical trial sponsors (58.9 percent), followed by the pharmaceutical industry (24.1 percent), and foundations and nongovernmental organizations (9.3 percent). Thus far in 2014, the Food and Drug Administration (FDA) has approved the same amount of novel new medicines it did for the entire year in 2013. To date, the FDA has approved 27 novel new medicines—which includes biologics. If the agency continues at this rate, it may come close to matching the 39 novel new medicines approved in 2012.