Earlier this month, we reported that both the House and Senate Appropriations Committees included language supporting global health research and development (R&D) in their reports concerning funding for the Department of State, foreign operations and related programs. 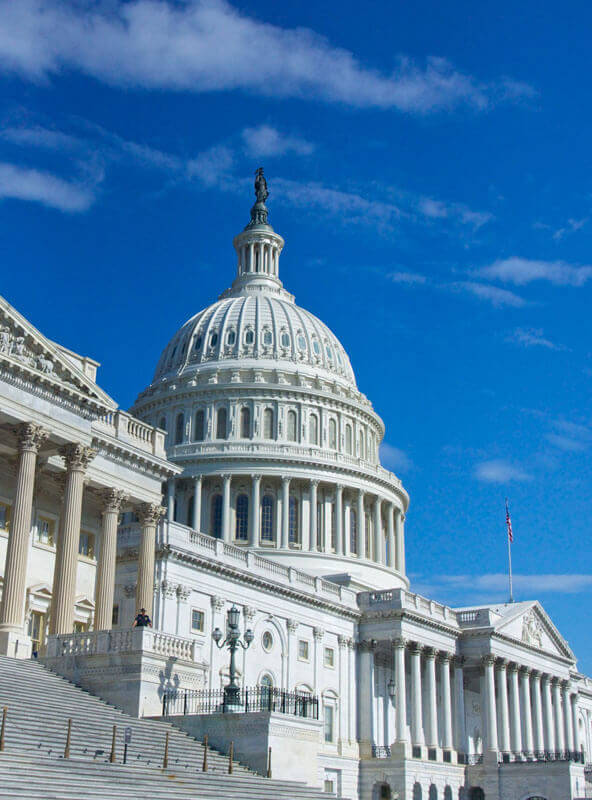 Earlier this month, we reported that both the House and Senate Appropriations Committees included language supporting global health research and development (R&D) in their reports concerning funding for the Department of State, foreign operations and related programs.

Last week, we heard even more good news for global health R&D out of the Senate Appropriations Committee—this time related to the Department of Defense (DoD). The fiscal year (FY) 2015 defense appropriations bill—which was approved by the Committee last Thursday—includes a $7 million increase for peer-reviewed medical research—from $200 million in FY 2014 to $207 million this year—despite reducing overall DoD funding from FY 2014 levels. In addition, in the accompanying report, the Appropriations Committee includes very strong language recognizing DoD’s substantial contributions to global health R&D and the need to support sustained US investments in this area.

The committee report includes language submitted by GHTC recognizing “the critical contribution that the department’s [R&D] portfolio makes in protecting our troops from infectious and neglected diseases they may encounter on missions around the world” and noting “the need to sustain and support US investment in this area by fully funding those R&D programs that carry out this work.”

The committee report also recognizes the threat that neglected infectious diseases—such as malaria, dengue fever, and Chikungunya—pose to the effectiveness of US forces deployed overseas and expresses concern over reductions in research funding for these disease areas. In the report, the committee notes that it is “concerned with the department’s decisions over recent years to precipitously decrease funding for malaria research” and that it “encourages the department to address diseases of military importance and invest in research for chemoprophylaxis, surveillance, and other countermeasures.” 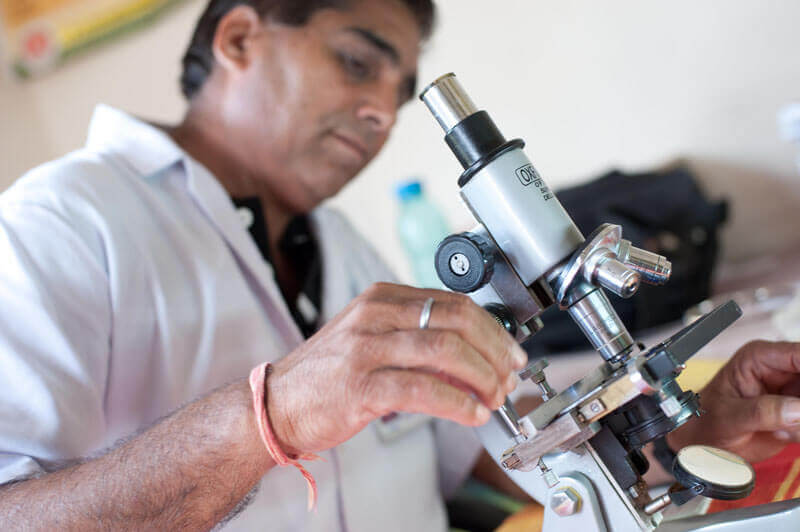 Report calls for DoD to improve coordination across R&D programming

The committee report also includes language—submitted by GHTC—which directs each DoD program involved in infectious disease research to submit a report of its R&D activities to the House and Senate Defense Committees outlining the program’s funding and accomplishments from FY 2011 through 2014. As well, the committee urges DoD to partner with other organizations involved in infectious diseases research—including other federal agencies—to mitigate the duplication of research efforts and maximize the use of DoD resources. It is GHTC’s hope that these reports and activities will lead to improved coordination across DoD global health R&D programs, as well as improved coordination across all US agencies involved in global health R&D, which will in turn help fill current gaps in research programming and assure US investments are used most effectively.

Written by Nick Taylor / GHTC
Read time:
In this regular feature on Breakthroughs, we highlight some of the most interesting reads in global health research from the past week. In a bit of good news, the fiscal year (FY) 2015 defense appropriations bill—which was approved by the Appropriations Committee last Thursday—includes a $7 million increase for peer-reviewed medical research—from $200 million in FY 2014 to $207 million this year—despite a reduction in overall Department of Defense (DoD) funding from FY 2014 levels. In addition, in the accompanying report, the Appropriations Committee included very strong language recognizing DoD’s substantial contributions to global health research and development (R&D) and the need to support sustained US investments in this area. FHI 360 sat down with International Partnership for Microbicides CEO Zeda Rosenberg to discuss last week’s 20th International AIDS Conference. In this short video, Rosenberg highlights the need to focus on key populations—such as young women in sub-Saharan Africa—and the importance of women-initiated products like microbicides as a HIV prevention tool. Nearly 40 years after the discovery of the Ebola virus, no licensed treatments or prevention options are currently available. With the largest outbreak ever of the virus currently underway in West Africa, some are arguing that scientists should begin to develop new drugs and vaccines to combat this deadly disease. According to CNN, it’s likely too late for a vaccine to have enough of a preventative impact now, but using this time to test experimental vaccines—such as one developed by the National Institute of Allergy and Infectious Diseases at the National Institutes of Health—could help when Ebola emerges again in the future. Last week, the United Nation (UN) General Assembly’s Open Working Group on Sustainable Development Goals released its proposal for a set of goals to succeed the UN Millennium Development Goals which come to an end in 2015. These proposed goals—referred to as the Sustainable Development Goals—will define the post-2015 development agenda. Of the 17 proposed goals put forward by the group, two contain targets related to R&D of new health technologies. Chagas disease—a neglected tropical disease (NTD) transmitted from the kissing bug and affecting millions of people in Latin America—is now on the rise in northern Virginia. Some doctors in the United States are not familiar with the disease and therefore do not test their patients regularly, which poses a risk to the general population in the United States. Many of the 8 million people with Chagas disease around the world never show signs of the disease, but about a third develop heart disease or megacolon and—when untreated—appear to die from sudden heart attacks. Chagas disease is just one example of NTDs affecting more and more people in the United States.
PATH/Evelyn Hockstein

Written by Nick Taylor / GHTC
Read time:
In this regular feature on Breakthroughs, we highlight some of the most interesting reads in global health research from the past week. During the past year, leaders from the US Global Leadership Coalition (USGLC)—an advocacy organization promoting diplomacy and development—have traveled across America seeking out innovators and innovations that best demonstrate how strategic US investments in global development can enhance America’s foreign policy and security interests—an approach USGLC calls “smart power” diplomacy. USGLC’s report—Innovations in Smart Power—featured PATH’s Vaccine Vial Monitor and the Public Health Institute’s Global Health Fellows Program II. Dr. Francis Collins—director of the National Institutes of Health (NIH)—announced on the NIH Director’s blog that NIH will, through its various institutes and centers, begin piloting the idea of awarding longer grants that offer more sustained support for investigators in the hopes it will allow them greater freedom to innovate. Currently, most NIH-funded grants are “project-based”—meaning applicants have very clear research aims for what they will accomplish in a defined period of time, typically between 3-5 years. Policy Cures released a report—titled Tuberculosis: The Last Mile—which explains why current treatments to tuberculosis (TB) control aren’t working; provides a snapshot of the major funders in TB research and development (R&D); and outlines what new products are in the TB pipeline, and how these products could change the future for patients with TB. Last month, the Bill & Melinda Gates Foundation awarded exploratory grants—as part of its Grand Challenges in Global Health program—to three projects aimed on improving the design of the female condom to make it easier to use and more pleasurable. Currently, female condoms represent only a small part of the overall commercial market and are not as widely used as a prevention tool by the global health community. “Female condoms give women a choice to say: ‘Okay, if you don’t want to wear one, I will,’” said Debby Herbenick, one of the grant recipients. GHTC members AVAC and the International AIDS Vaccine Initiative, as part of the HIV Vaccines & Microbicides Resource Tracking Working Group, released a new report tracking funding for HIV prevention R&D in 2013. The report found funding was down by US$ 50 million—or four percent—when compared to 2012. The 2013 decrease can be attributed largely to diminished US investment in all areas of HIV prevention research, as well as significantly reduced investment in some European countries.