Take a stroll through any pharmacy and you’ll see shelves stacked with male condoms of many varieties, but look for a female condom and you aren't likely to find one for sale. 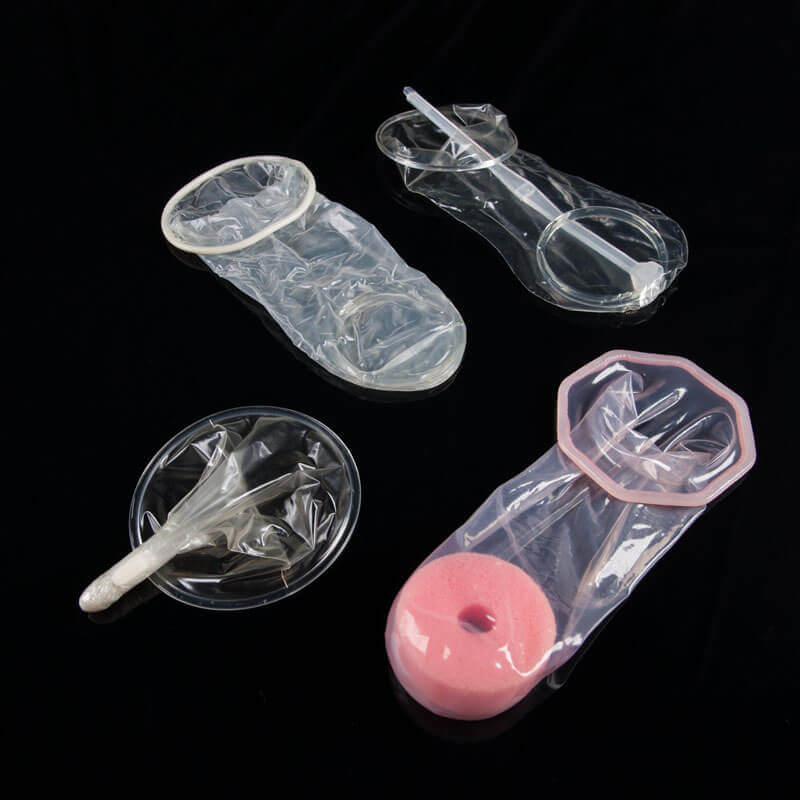 Female condoms. Photo: PATH/Patrick McKernTake a stroll through any pharmacy and you’ll see shelves stacked with male condoms of many varieties, but look for a female condom and you aren't likely to find one for sale. Though first introduced more than 20 years ago, female condoms are remain an unknown or inaccessible option for many women. But thanks to the efforts of dedicated product developers, public health professionals, and female condom advocates, that’s changing, as a slew of new female condom products are emerging and expanding the market. Today, in celebration of Global Female Condom Day, we look back at the history of the female condom and look ahead at what’s next for this female-initiated prevention tool.

A game changing product with a slow start

When the first female condom—known as the FC1—was introduced on the US market in 1993 by Wisconsin Pharmaceuticals (now the Female Health Company), it was hailed as a game-changer in sexual health. It checked off all the requirements for what product developers had heard women wanted—it had comparable effectiveness to male condoms, it could be inserted prior to sex allowing for less disruptive love-making, it was less physically restrictive for male partners, and most importantly, it was female-initiated. 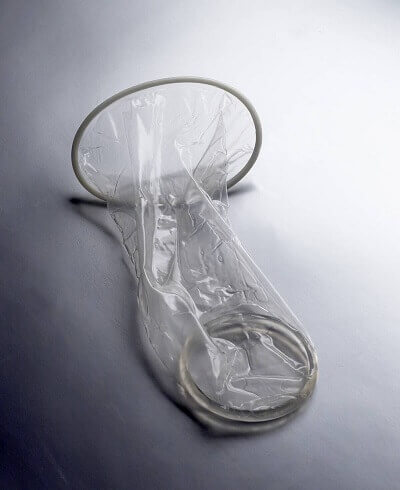 In spite of these advantages, the female condom never really caught on among American consumers. Many women were hesitant to try it because of its unfamiliar size and shape—it is larger than a male condom and doesn’t come neatly rolled up in a small package. Among those women who did try a female condom, many found it was difficult to insert and uncomfortable or noisy during sex. The FC1 was also many times more expensive than a male condom, which deterred some women and couples from trying it out.

While the product received a tepid reception in the United States, women’s health and rights groups in middle- and low-income countries—where rates of unplanned pregnancy and STIs/HIV are alarmingly high and women may have few options to negotiate protection—saw the female condom as an important new tool to save women’s lives. Pilot introduction programs took off in countries including Brazil, Ghana, South Africa, and Zimbabwe. In response, the Female Health Company optimized the product, changing the material from polyurethane to nitrile to reduce production costs, and introduced the world to FC1’s successor—you guessed it: the FC2. In 2007, the FC2 was prequalified by the World Health Organization (WHO) making it eligible for bulk procurement. Today, the FC2 is available in 144 nations. 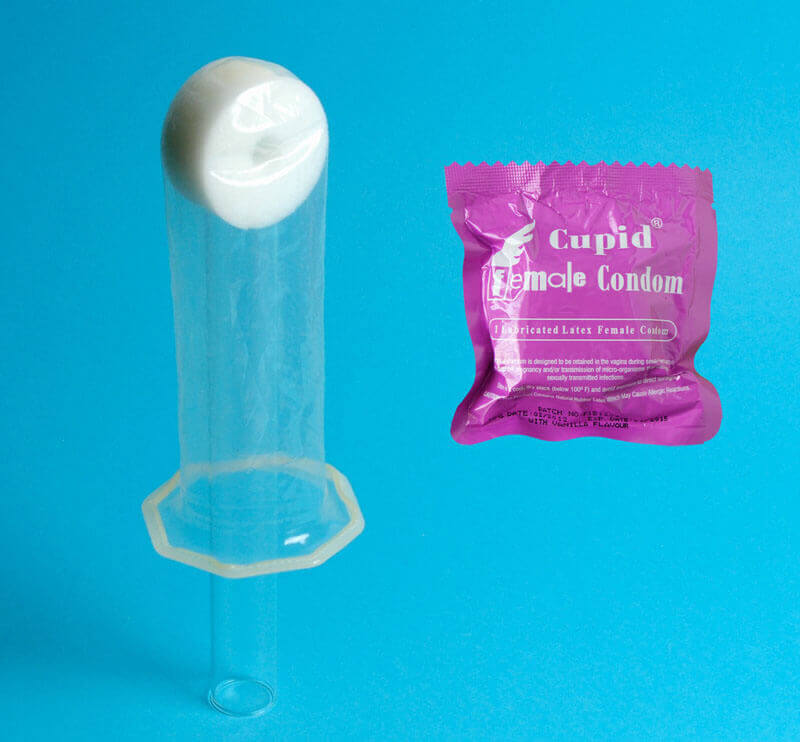 Cupid Female Condom. Photo: Female Condom Market IntelligenceSpurred by increased advocacy to expand options for female-initiated prevention, researchers and product developers went to work on new female condom designs. In recent years, consumers have begun to see the fruits of this labor, as several new female condoms, each with different design variations, have emerged on the market. In 2012, the Cupid female condom—which uses a foam sponge on one end rather than a ring to provide stability—joined the FC2 as the second female condom to receive WHO prequalification.

The female condom market is on the cusp of further diversification, as additional female condoms are awaiting WHO prequalification decision or soon to be submitted for review. 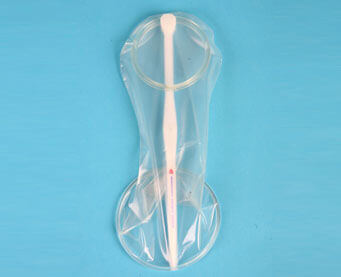 Each of these options offers a different approach to addressing the drawbacks of the FC1. For example, the Air female condom contains an air bubble to help keep the product stable during sex, while the Phoenurse comes packaged with an insertion stick for optional use when inserting the product. The Velvet condom is similar to the FC2 design but made of natural rubber latex, while the VA w.o.w, like the Cupid, contains a sponge for internal stability, but instead has a rounded triangular outer ring to keep it secure.

Another second generation female condom in early introduction is the Woman’s Condom, developed by GHTC member PATH. As a nonprofit product developer focused on user-centered design, PATH set out in the late 1990s to create a female condom that would be easy to use and comfortable for both partners. The product development team began by examining acceptability studies of existing female condoms and hosting focus groups with men and woman in several countries to better understand what users wanted from a product. Their design objectives became clear: “create a product that would be easy to handle, easy to insert, stay stable in the vagina during sex…[and] provide good sensation for both the male and female partner,” explained Maggie Kilbourne-Brook, program officer at PATH, adding “and if possible, users wanted it be more aesthetically pleasing.” 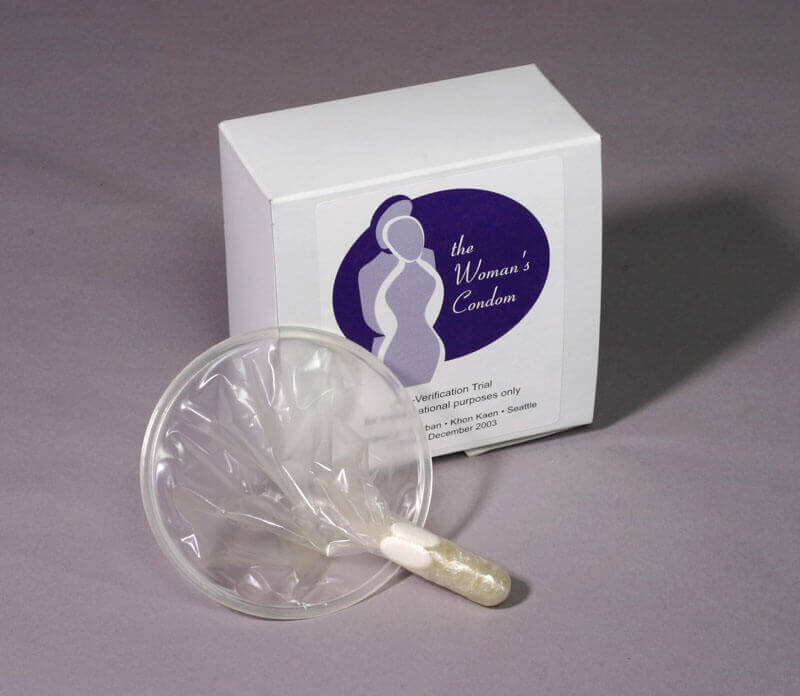 The Women's Condom. Photo: PATH/Glenn Austin  PATH developed and tested more than 50 prototypes before freezing design development. To increase the ease of insertion, the Women’s Condom’ main pouch is compressed into a narrow, rounded capsule which women insert like a tampon. Within 30-60 seconds, this capsule dissolves, allowing the condom to expand within the vagina. To provide stability, four small foam pieces are used which adhere gently to the interior of the vagina. And unlike other female condoms, the Woman’s Condom is not pre-lubricated; instead it is packaged with separate lubricant users can apply following insertion. 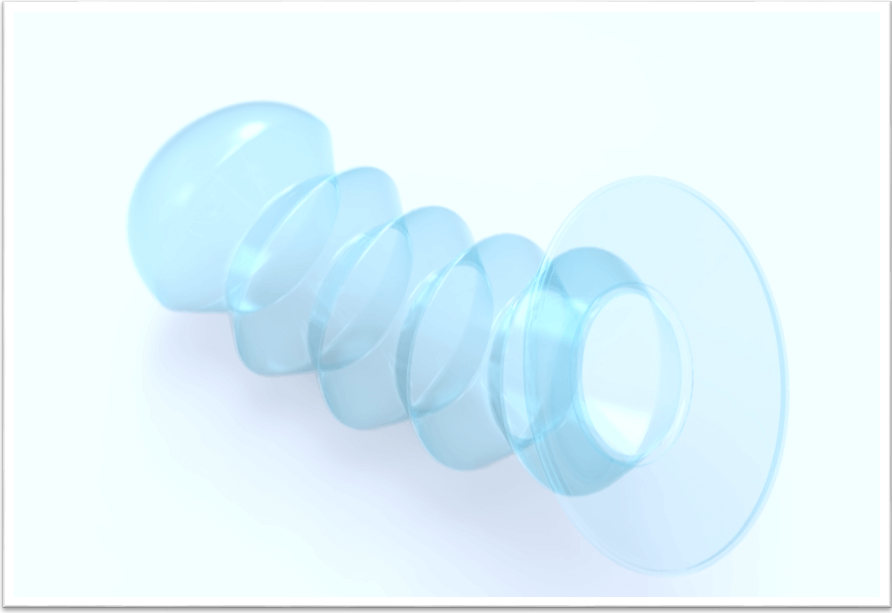 As these aforementioned female condoms are introduced and vie for market share, additional female condoms are advancing through the research and development (R&D) process. Next to market will likely be the Origami Condom, which is moving into phase 2 clinical trials. The Origami female condom is quite a dramatic reimagining of the female condom. It’s a conical shaped device that is folded during insertion and expands like an accordion during sex. It’s made of a durable, flexible silicon material designed for wash and reuse.

The Bill & Melinda Gates Foundation is also giving a boost to female condom development. Last year as part of its initiative to develop “next generation condoms,” the Gates Foundation announced grant funding for three early-stage female condom development projects. Researchers from Indiana University received funding to advance their “female pleasure condom” which has ribbed siding to increase stimulation and enhance sexual experience, while another grantee is developing an “air-infused female condom” that is “inflated and positioned using air pressure” to enable easier and quicker insertion. The third grant recipient is approaching the insertion challenge in an entirely different way, designing a sliding, easy to use, re-usable applicator for female condoms that works like a tampon applicator.

The many challenges of female condom development and access 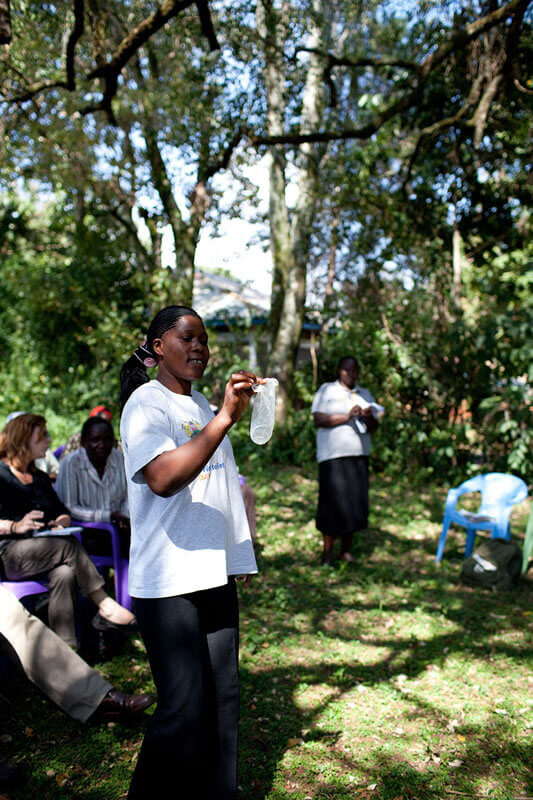 A woman demonstrates use of a female condom at a community meeting in Kenya. Photo: PATH/Eric Becker

And the fact that demand is so driven by price-sensitive bulk procurers changes the nature of the market, discouraging developers and manufacturers from investing in R&D to enhance consumer-experience or spending on marketing to increase appeal. Instead, it encourages companies to focus on developing the lowest cost product possible that meets the health need.

Many advocates argue that for female condoms to make the leap from niche product to a staple in the bedroom worldwide, concerted marketing, education, and awareness campaigns are needed to demystify and destigmatize female condoms and boost their consumer appeal. To build momentum, Global Female Condom Day was launched in 2012 as an international day of action focused on increasing knowledge, availability, and use of female condoms. And this year, advocates will Dance4Demand to urge policymakers, donors, and health providers to increase their support for female condoms.

While the female condom may have been slow to catch on, its supporters believe it can make such a leap. After all, many people forget that male condoms were at one point stigmatized as products used only by people engaged in morally questionable activity. It took a concerted effort from public health professionals, governments, and the private sector to bring them into the mainstream and make them the ubiquitous, widely-used product they are today. If the hopes of female advocates are realized, pharmacies everywhere may soon have to make some extra room on their shelves.

Research Roundup: antibiotic and reproductive health R&D, leadership at the FDA, and a potential new...

Written by Kat Kelley / GHTC
Read time:
Photo: CDC/ Hsi Liu, Ph.D., MBA; James Gathany The US Department of Health and Human Services (HHS) announced last week a partnership with pharmaceutical company AstraZeneca for the research and development (R&D) of antibiotics. Through its Biomedical Advanced Research and Development Authority (BARDA), HHS will invest an initial US$50 million and up to $170 million into the project over five years. BARDA and AstraZeneca will meet annually to update their portfolio of drug candidates, determining which projects to initiate, continue, or terminate. The first project will be the advanced development and, ideally, regulatory approval of a treatment comprised of two existing antibiotics—Aztreonam and Avibactam—which is currently undergoing phase 2 clinical trials. The partners will also test new and existing antibiotics for use against diseases considered to be leading bioterrorism threats. Last Tuesday, US President Barack Obama nominated Dr. Robert Califf to lead the US Food and Drug Administration (FDA), where he has been serving as deputy commissioner for medical products and tobacco since January. Califf is a cardiologist and researcher, and previously served as the director of the Duke Translational Medicine Institute—which advances R&D by facilitating cross-sector partnerships—and as founding director of the Duke Clinical Research Institute. If confirmed by the Senate, Califf will succeed Dr. Stephen Ostroff who has served as acting commissioner since former Commissioner Dr. Margaret Hamburg announced her resignation in February. After joining the FDA in January, Califf announced that streamlining the clinical trial process would be a major focus during his tenure. A new analysis in the Guttmacher Policy Review calls for increased US investment in multipurpose prevention technologies (MPTs)—products that protect against multiple risks, including unintended pregnancy, HIV and AIDS, and other sexually transmitted infections (STIs). There is currently only one MPT in phase 3 clinical trials—a female condom that prevents pregnancy, HIV and AIDS, and four STIs—as well as nine in phase 1 trials, and thirteen in preclinical development. Among these MPTs are female condoms and vaginal rings, gels, films, nanofibers, and tablets. As MPTs are primarily intended for use in low-resource settings, private-sector interest has remained low. Additional, non-financial barriers to MPT R&D include scientific and regulatory hurdles: most MPTs have two or more active ingredients, and could thus be subject to review by as many as three divisions within the FDA. The report notes that the US government is already the biggest funder of MPT R&D, accounting for 89 percent of the $6.5 million invested in MPTs in 2013. New Delhi, India, is currently experiencing the worst outbreak of dengue fever it has seen since 2010, with nearly 1,900 confirmed cases this year. All four of the known strains of dengue virus are present in India, however, new evidence from the All India Institute of Medical Science (AIIMS) suggests that a fifth, previously undetected strain of the dengue virus, may be partially to blame for the severity of this year’s outbreak. Recovery from dengue fever provides lifetime immunity against the specific strain, however, the introduction of a new strain would leave the entire population vulnerable. AIIMS recorded the potential new strain after testing an initial fifty samples from recent dengue patients and is working with the Indian Ministry of Health and Family Welfare to collect and test more samples before coming to a conclusion.
IPM

Advocacy and partnerships for HIV and AIDS prevention for women: A post from Durban, South...