Advocacy and partnerships for HIV and AIDS prevention for women: A post from Durban, South Africa

Sitting halfway around the world from my office in Washington, DC, looking out my Durban hotel window at the Indian Ocean, I am reminded just how small and interconnected our world really is. 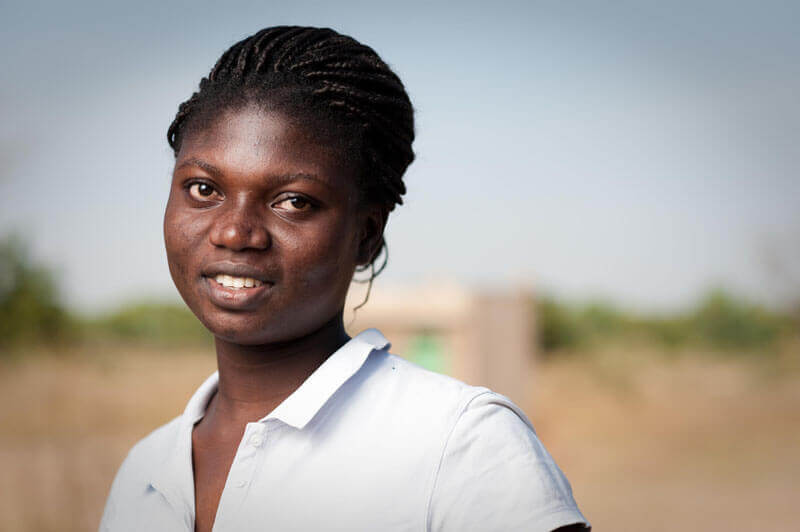 Sitting halfway around the world from my office in Washington, DC, looking out my Durban hotel window at the Indian Ocean, I am reminded just how small and interconnected our world really is. While home is a 24-hour journey from here, international travel is easy now. Like people, infectious diseases also move easily around the globe. As advocates gathered from across geographies, we are here in Durban to discuss research and development for new tools in the fight against HIV and AIDS. The excitement in our discussions is palpable as we think about where we have come in the HIV and AIDS epidemic to date, but also guarded as we look ahead to the daunting task of ending the epidemic forever.

I traveled to Durban to participate in a partners meeting with the International Partnership for Microbicides (IPM). IPM, a GHTC member, is leading an exciting Phase III clinical trial program to determine if a new monthly vaginal ring it developed can prevent women from becoming infected with HIV and is safe for long-term use. The ring contains the antiretroviral (ARV) drug dapivirine, which is a new drug but part of the same class of ARVs currently in use for HIV and AIDS treatment. Initial efficacy results are expected as early next year. 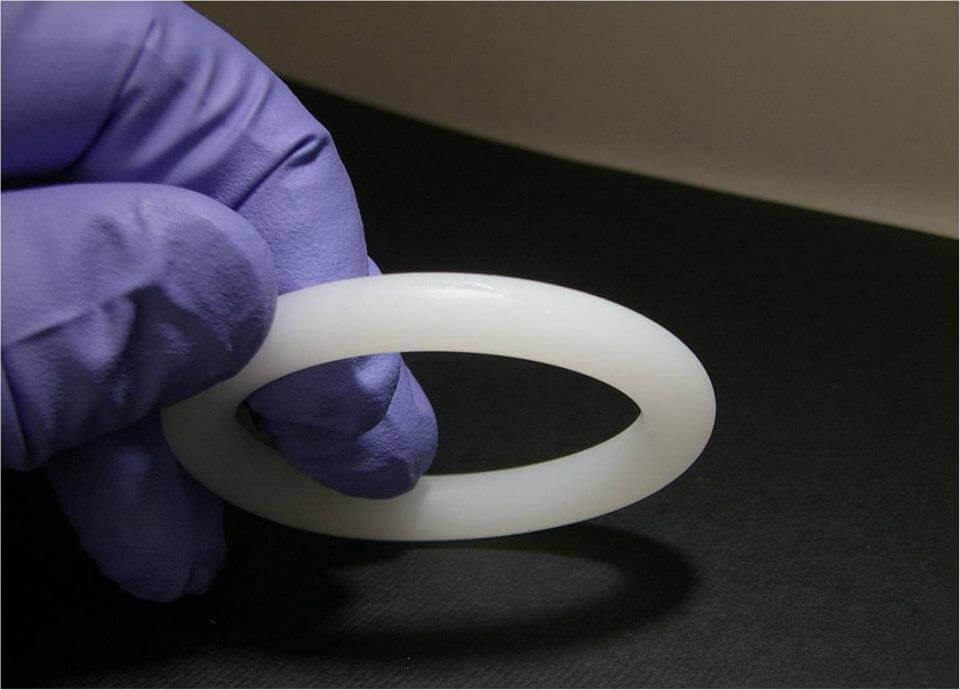 Throughout the meeting one thing became clear to me: we need new tools to combat the HIV and AIDS epidemic in South Africa, in Washington, DC, and everywhere in between.

ARV treatment has helped save millions of lives. For the most part, people on treatment can live healthy and productive lives. That is, of course, if they have access to the medications they need, if they can take these medications daily, if they can keep regularly scheduled appointments with a health care provider, and perhaps most importantly, if they know they are infected in the first place.

That’s a lot of ifs. What if we could prevent more infections in the first place?

The new post-2015 development agenda about to be solidified by the United Nations later this month sets out to end the HIV and AIDS epidemic by 2030. This is a lofty goal that has policymakers and funders excited, but it should be regarded with caution as we look to the work that needs to be done. 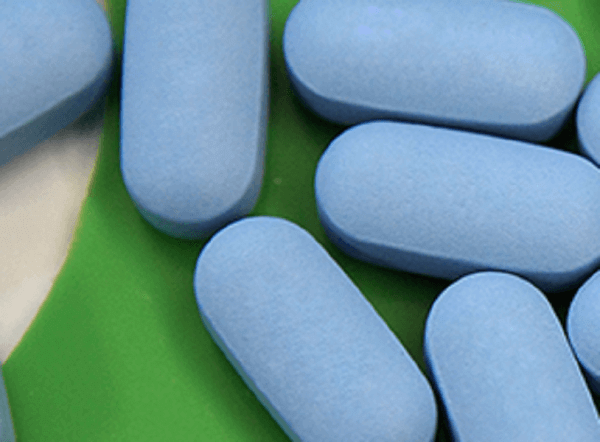 In the United States, the US Food and Drug Administration has approved the use of the ARV drug Truvada as a pre-exposure prophylaxis (known as PrEP) to prevent HIV infection among individuals who are determined to be at high risk for contracting HIV. PrEP is not yet approved for use in South Africa despite Truvada being an approved—and commonly used—drug for HIV and AIDS treatment. Why PrEP hasn’t been approved for use yet in South Africa is a complicated story, but unfortunately one that seems to haunt us in the global health advocacy community. All too often, we know what needs to be done to treat or prevent an infection, to save a mother’s life during childbirth, to keep a child alive during the most vulnerable early years of life, but politics keeps us from making progress.

The stigma associated with HIV and AIDS is still real for women and men around the world. In the United States, it doesn’t help when we hear politicians talk about cutting funding for HIV and AIDS research because it doesn’t affect enough Americans anymore. Yes, we know how to treat people living with the disease, and yes, we know how to prevent mother-to-child HIV transmission, and yes, we even know how to prevent HIV infection in adults, but the reality is that politics are getting in the way. If we know how to save lives, it should not matter how policymakers personally feel about the way a disease is transmitted or the lifestyle of the populations most at risk for contracting a disease. Logic says that science should win this debate, but unfortunately, that is not the reality.

To combat both the disease itself and a challenging global political environment, we need to keep our options open as we think about the tools we have and the tools that are needed to fight HIV and AIDS. We need to have an arsenal of tools that can be used safely and sometimes discretely by the people most at risk. IPM's monthly dapivirine ring has the potential to help women take more control over their health and reduce their risk. Too many women cannot negotiate the use of condoms (male or female) with their partners and therefore cannot be in control of their own HIV prevention. Developing and providing new options—like the dapivirine ring—that women could use as personal protection is essential. Further, we don’t just need to develop tools for the sake of new tools—we need to ensure that women and men have access to the most effective, affordable, and appropriate tools to address their health needs.

I was fortunate to be able to accompany IPM and other partners on a visit to Qhakaza Mbokodo in Lady Smith, South Africa—one of the research clinics conducting IPM's Ring Study, which is one of two Phase III trials evaluating the ring.

While there, I met an engaged and dedicated staff who have integrated themselves into a local community and really gotten to know the women who are participating in the trial. Women joined the trial voluntarily, many of them expressing an interest in helping to end a disease that is devastating their community or has killed a family member. They understand the potential risks associated with testing a new tool, and they know it might not be effective. But like me, as an advocate dedicated to preventing HIV, ending infectious disease epidemics, and empowering women to take control of their own health, they are all hopeful that the ring can be an effective tool to help us in the fight.

We cannot end the HIV and AIDS epidemic with the current tools we have, and no one tool used alone—not PrEP, not the dapivirine ring, not condoms, not male circumcision—will get us to this goal. We need to have a comprehensive approach to the fight that involves both prevention and treatment. IPM's dapivirine ring program, regardless of the results, will teach us a lot about what works and what doesn’t. This is the way we must combat global health threats: with scientific rigor, with international partnership, and with robust investment in new tools.

Erin Will Morton is GHTC’s Director

Erin Will Morton is the Director of GHTC.

Written by Kat Kelley / GHTC
Read time:
A new study suggests that with basic training, individuals can learn to accurately and safely test themselves for HIV and AIDS. Nearly 17,000 adult and adolescent citizens of urban Malawi were provided with testing kits, and within a year, more than three-fourths had self-tested. Across sub-Saharan Africa, only one-fourth of adults have recently been tested for HIV and AIDS, and only half of people living with HIV and AIDS know their status. The research team conducted repeat HIV and AIDS tests on 1,649 participants, and in 99.4 percent of cases, the results of self-testing proved accurate. The results also suggest that HIV and AIDS self-testing is culturally acceptable in urban Malawi and that pre- and post-test counselling was adequate, as no testing-related partner violence or suicides were reported. As the stigma surrounding HIV and AIDS remains a significant barrier to both testing and treatment, HIV and AIDS self-testing could be a game changer in curbing the epidemic. Photo: CDC/ James Stewart Researchers at the University of Queensland in Australia and the University of California, Berkeley have identified a protein—nonstructural protein 1 (NS1)—that may be the key to the dengue virus’ virulence. The virus infects nearly 400 million people each year, resulting in 22,000 deaths, primarily from fluid loss and damage to the blood vessels. The discovery dates back to the early 2000s, when a study in Thailand revealed a correlation between NS1 levels and the severity of the disease in patients. Further research demonstrated that NS1 attaches itself to another molecule which enables it to bind to blood vessel walls; NS1 also prompts the immune system to produce cytokines—proteins that weaken the blood vessels. Essentially, NS1 causes the immune system to react as it does to bacterial infections. These findings could pave the way for both a vaccine and a treatment against dengue fever. The team at Berkeley has demonstrated that NS1 could be used in a dengue vaccine, as the immune system readily detects NS1, rather than the dengue virus itself. In mice, NS1 provided protection against all four strains of the dengue virus, at rates of 60 to 100 percent efficacy. Furthermore, Dr. Paul Young of the University of Queensland believes that a drug for sepsis that is currently in clinical trials could be an effective treatment for dengue. The Drugs for Neglected Diseases initiative (DNDi) has completed phase I human clinical trials for SCYX-7158 (AN5568), a drug candidate with the “potential of becoming the first ever, oral-only, single-dose treatment” for human African trypanosomiasis (sleeping sickness), according to DNDi’s Dr. Antoine Tarral. The compound was identified by Anacor Pharmaceuticals, Inc. as part of DNDi’s lead optimization program, through which partners screened compounds from Anacor’s chemical library to identify those that combat sleeping sickness in a laboratory setting. The candidate was tested for safety and tolerability, as well as its effect on and interaction with the body, in 128 healthy volunteers. Due to the trials’ successful results, DNDi and partners will initiate phase 2 and 3 studies in 2016 in the Democratic Republic of the Congo. The leading treatment for sleeping sickness—also developed by DNDi—requires injections, and consequently skilled personnel; prior to the 2009 introduction of this therapy, the best option was an arsenic-based drug with extreme side effects.