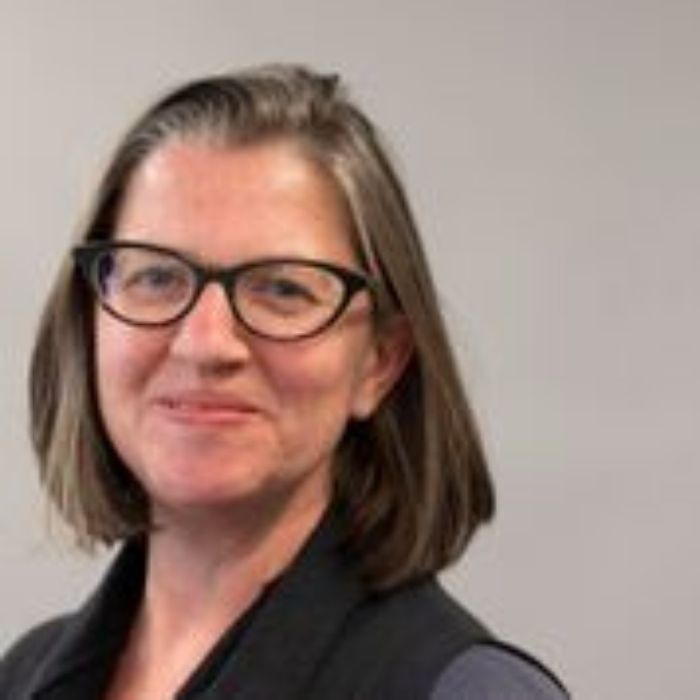 Rachel M. Cohen is the Regional Executive Director of the North America office of the Drugs for Neglected Diseases initiative (DNDi).  Rachel has worked in the global health and humanitarian field for more than 20 years.

Prior to joining DNDi in 2011, she worked for Doctors Without Borders/Médecins Sans Frontières (MSF) from 1999-2010. She served as Head of Mission for MSF in South Africa and Lesotho for four years, overseeing HIV/AIDS, tuberculosis, sexual violence, and migrant health programs. Before working for MSF in the field, Rachel held several positions with MSF in New York, including U.S. Director for MSF’s Access Campaign. From 2009-2015, she also served on the Board of Directors of MSF’s Operational Center in Brussels.

Prior to working with MSF, Rachel was the Director of Foundation & Corporate Giving at Housing Works, the largest grassroots AIDS service organization in the U.S., and before that, served as Program Coordinator for the US+Cuba Medical Project, where she directed medical aid, educational, and advocacy programs.

She has published a number of articles in peer-reviewed journals, co-authored numerous reports, and been quoted extensively in the media.

Rachel earned her Master in Public Policy with a Certificate in Health and Health Policy from Princeton University’s School of Public and International Affairs.

The next chapter in the fight against neglected tropical diseases

In this guest post, Rachel Cohen—regional executive director of the Drugs for Neglected Diseases initiative (DNDi) North America—writes about the need for research to develop new health products for neglected tropical diseases (NTDs).

Written by Rachel M. Cohen / Drugs for Neglected Diseases initiative
Read time:
In this guest post, Rachel Cohen—regional executive director of the Drugs for Neglected Diseases initiative (DNDi) North America—writes about the need for research to develop new health products for neglected tropical diseases (NTDs). This post originally appeared on the US Agency for International Development’s (USAID) Impact blog . The United States government and its country partners should be commended for the tremendous achievements in the fight against neglected tropical diseases (NTDs) as part of the USAID NTD Program. When it comes to research, the US government also plays a major role in NTDs: the National Institutes of Health is by far the largest funder of basic research for NTDs. The commitment to NTD implementation programs and research has spanned several presidential administrations, receiving widespread bipartisan support from both sides of the congressional aisle. However, not all NTD research is created equal. Beyond basic research, much more research and development (R&D), including late-stage product development, for new drugs, vaccines, and diagnostics is urgently needed for those NTDs where adequate tools do not exist. Without such new tools, disease control and elimination will not be possible for certain NTDs—greater investments in research are urgently needed. For example, when it comes to the filarial parasitic-worm diseases of river blindness (onchocerciasis) and elephantiasis (lymphatic filariasis), which together infect over 150 million people, the standard treatment of ivermectin, alone or in combination with albendazole, can lead to brain damage or death in people co-infected with loiasis (Loa loa, also called African eye worm). Also, current drugs kill only juvenile and not adult worms, which continue to infect, requiring repeated mass drug administrations. The Drugs for Neglected Diseases initiative (DNDi)—a nonprofit R&D organization—is looking to develop a new macrofilaricide (a drug targeting adult worms) to address this gap in NTD treatment. Of the 17 NTDs defined by the World Health Organization, DNDi focuses most of its attention on the three with the highest case fatality rates—African sleeping sickness, Chagas disease, and kala azar (visceral leishmaniasis, or black fever). These diseases are not yet included in the USAID NTD Program. Although cases of African sleeping sickness (human African trypanosomiasis) have dropped over recent years, this fatal disease continues to infect people in remote, conflict-ridden pockets of the Democratic Republic of Congo, among other hotspots. Diagnostic tools are inadequate—painful lumbar punctures must be performed—and the current treatment requires hospitalization and intravenous infusions, which are difficult in unstable, resource-poor settings. DNDi is therefore aiming to develop an easy-to-take oral pill for sleeping sickness, which can treat both stages of the disease and do away with the need for painful lumbar punctures. This would go a long way in helping eliminate the disease once and for all. While continuing to provide existing medicines for NTDs, greater commitment to developing new NTD treatments and other tools is sorely needed if disease control or elimination is to be achieved. Patients infected now with these neglected afflictions are anxiously waiting.