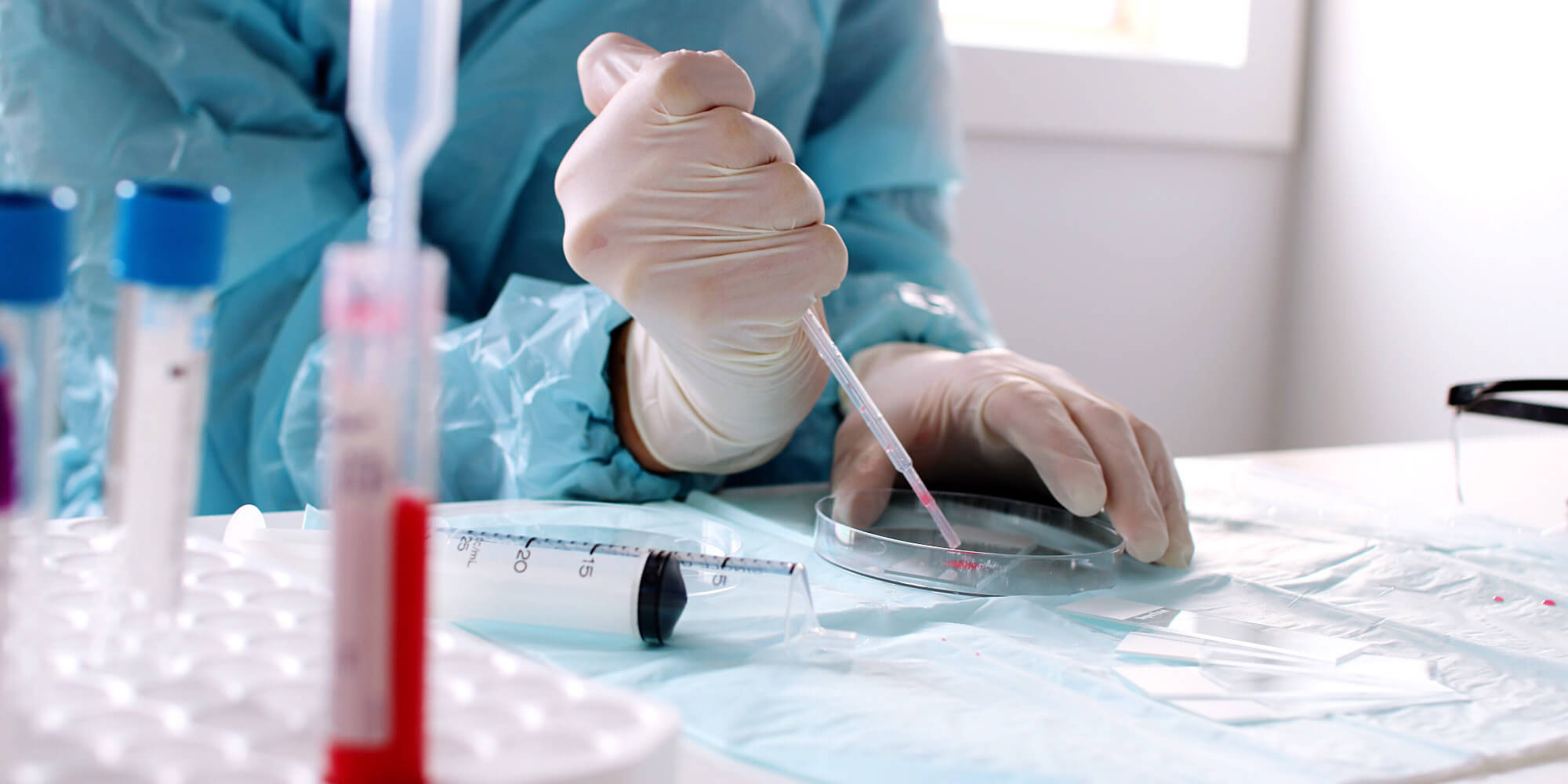 A new hope: How the G20 cemented R&D as a central pillar of pandemic preparedness

Written by Philip Kenol / GHTC
Read time:
Last week, the world waited with bated breath to see whether G20 health ministers would seize the moment at their annual summit to take bold and necessary action to end the pandemic, build the global health architecture for the future, and recommit to health priorities that have taken a back seat during the past two years.The answer was rather muddled. The G20 health ministers did agree on several key principles and high-level priorities, many of which were positive, but their health declaration stopped short of providing a clear road map to translate these ambitions into concrete actions. Advocates were particularly disappointed in the lack of immediate actions, including calls for specific financial commitments, to address the shameful inequities in rollout and ongoing acute needs for COVID-19 vaccines and other tools.While the G20 didn’t provide much specificity regarding new pledges, it did highlight the importance of research and development (R&D) in all aspects of global health, including bolstering pandemic preparedness, combatting antimicrobial resistance (AMR), achieving universal health coverage (UHC), and strengthening digital health. As discussions in other forums such as the United Nations (UN) General Assembly, the World Health Organization (WHO), and the Global Health Security Agenda ramp up, G20 leaders have set the framework from which to build concrete reforms to the international system.Putting R&D at the core of the agenda This year’s G20 health declaration included strong language on R&D throughout. In discussing the Access to COVID-19 Tools Accelerator, pandemic preparedness initiatives, and reinvestment in key programs to achieve the Sustainable Development Goals (SDGs) and UHC, G20 leaders put R&D front and center. One particularly encouraging sign was the explicit callout from health ministers acknowledging R&D as a central pillar of pandemic preparedness, something that was notably absent in global health security frameworks, including the International Health Regulations, prior to the start of the pandemic. The COVID-19 crisis has exposed the need to enshrine greater global governance and coordination of R&D into the global health security architecture. The mention by G20 health leaders acknowledges a political shift on the issue and increases the prospects that R&D coordination and governance provisions will be integrated into a potential pandemic treaty and other WHO reform discussions in the coming months. The G20 health declaration also underlined the continued commitment toward combatting AMR, including by developing new safe and effective antimicrobials and sustaining reliable supply and production of existing antimicrobials. For the past few years, the agenda for the G20 has consistently included AMR with a focus on multidrug-resistant tuberculosis (TB), which is estimated to account for one-third of all AMR-related deaths globally. Leaders recognized that sustainable and robust resources for TB R&D are needed to accelerate development of new tools and deliver on previous commitments from the G20 and the UN high-level panels on TB, AMR, and UHC.Health ministers underscored the need to strengthen the resilience of supply chains; increase and diversify global, local, and regional vaccine manufacturing capacity; and build expertise for low- and middle-income countries (LMICs). Acknowledging that equitable access to medical countermeasures continues to be a major challenge, global leaders recognized the need to develop more balanced systems and infrastructure that provide greater coverage and capacity in LMICs. G20 leaders also reiterated that while vaccines have been at the top of everyone’s agenda, we must ensure that all countermeasures, especially therapeutics including oxygen therapies and diagnostics, are reprioritized as key elements of global response efforts and that the pipeline for new countermeasures continues to receive investments. Given the accelerated development of new diagnostic tools and the scale of testing needed for COVID-19, it was a positive development that G20 nations acknowledged that the introduction of testing capabilities should also be leveraged for other infectious diseases including TB, malaria, and HIV. To achieve the SDGs by 2030, the systems that are being built to respond to the pandemic must also serve to strengthen health systems overall and help in the fight against other disease threats.Where do we go from here?G20 health ministers reaffirmed their commitment to global solidarity, including by working toward equitable distribution of vaccines and supporting WHO’s goal of vaccinating 40 percent of the global population by the end of 2021. Despite this, no specific pledges were made to provide additional funding to the Access to COVID-19 Tools Accelerator, nor did leaders commit to increase vaccine dose sharing to address the acute needs of LMICs.The lack of specific targets or road maps for how to achieve the outlined principles and new investment pledges by G20 countries means that leaders must now work out how to operationalize these ideas in other multilateral meetings this fall. Many advocates are now pinning their hopes on the Biden administration’s call to convene heads of state at a Global COVID-19 Summit next week on the sidelines of the UN General Assembly and looking for tangible actions during the G20 Joint Health and Finance Ministers’ Meeting or World Health Assembly deliberations on a new pandemic treaty or framework convention.These forums will now have to pick up the baton, since we need global governance to be more inclusive, equitable, and accountable. This G20 health ministers’ declaration was a step in the right direction, as it set a framework for improving global health R&D coordination and governance, but it put the onus on other forums to follow through with concrete actions. Global leaders must now seize the moment and deliver on their promises.
GHTC

To celebrate Valentine’s Day, GHTC staff embraced our health policy wonkiness by participating in the time-honored beltway tradition, #HealthPolicyValentines, to share our passion for global health R&D. Check out our favorites.

A year in review: The global health innovation stories that shaped 2019

As the year comes to a close, we are taking a look back at the top global health innovation stories and news that shaped 2019.

Written by Ansley Kahn / GHTC
Read time:
Interested in more global health innovation news? Every week GHTC scours media reports worldwide to deliver essential global health R&D news and content to your inbox. Sign-up now to receive our weekly R&D News Roundup email. On World Polio Day last week, the World Health Organization officially declared that type three poliovirus has been eradicated—making it the second of the three strains of the virus to be wiped out. Naturally-occurring cases of the last remaining virus strain, type one, are now limited to Afghanistan and Pakistan with a total of just 33 new cases last year. Though much progress has been made toward eradicating this disease, the number of confirmed cases this year has risen to 88 in those two countries as violence and mistrust have hindered vaccination campaigns. Cases caused by the vaccine itself have also thwarted eradication efforts. The National Institutes of Health and the Bill and Melinda Gates Foundation will jointly invest US$200 million over the next four years to develop genetic-based cures for sickle cell disease and HIV. Both partners have vowed that the cures will be both affordable and available in low-resource countries hit hardest by the two diseases, particularly in Africa. This partnership reflects growing concerns that scientific advances such as gene therapies and genome-editing are prohibitively expensive and therefore out of reach to most patients. This collaboration aims to move gene-based therapies into clinical trials in the United States and countries in sub-Saharan Africa within the next seven to ten years and eventually make treatments for sickle cell disease and HIV available in the hardest hit areas. After a two-day meeting in Okayama, Japan, health ministers of the world’s twenty largest economies issued a declaration endorsing the rapid achievement of universal health coverage (UHC), more effective support of healthy ageing, increased attention to health emergencies and their causes, and more forceful action on antimicrobial resistance. The G20 Health Ministers Declaration goes well beyond the general commitments made by G20 leaders to advance global health goals after their two-day meeting back in June. As part of the commitment to UHC, the health ministers recognized the importance of access to medicines and vaccination and reaffirmed pledges to end HIV, tuberculosis, and malaria, among other measures.