Late last week, USAID Administrator Rajiv Shah released his second annual letter, outlining major issues and initiatives that have shaped the agency since its inception 50 years ago. Shah also charts a course forward for USAID, detailing areas that the agency should focus on in the coming years in order to make inroads in international development. One major area of focus is, of course, global health, and Shah rightly emphasizes the role of science, technology, and innovation in meeting USAID’s international health goals.

The health component of the annual letter largely aligns with a recent effort at USAID to improve child survival. “[P]erhaps the most important choice is helping all children live to see their fifth birthday,” Shah writes, adding, “The good news is we have remarkably effective and cheap ways to help children survive.” Many of these methods—from insecticide-treated bednets to prevent malaria, antiretroviral drugs to prevent mother-to-child HIV transmission, and vaccines to prevent childhood killers like pneumonia and diarrhea—are available today because scientists and funders like the US Government made a commitment many years ago to develop new tools to fight these diseases. The new tools of yesterday have now become the standard tools to help children survive. 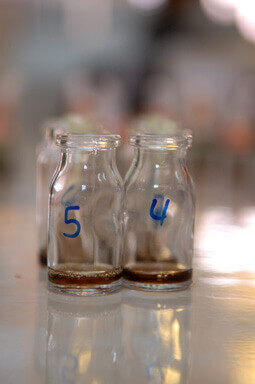 Shah also highlighted how USAID continues to harness science and research to develop the next generation of new drugs, vaccines, and other technologies to save children’s lives. For instance, USAID’s Savings Lives at Birth initiative provides grants to foster innovative prevention and treatment options for pregnant women and newborns in rural, low-resource settings.

USAID also supports research and development (R&D) for new health tools to benefit not just children, but a wide range of populations. “We’re also increasing our investments in core scientific research and technological innovation at USAID,” the letter reads. “Last year, our support of AIDS vaccine research led to the isolation of 17 novel antibodies that could each hold the key to ending the pandemic.” And just last month, the agency launched a new partnership with US colleges and universities to promote research for global development challenges, including health.

It’s exciting to see that Shah continues, time and again, to recognize how science and innovation can overcome some of the world’s long-standing global health problems. We at the GHTC heard just two weeks ago at our annual Congressional briefing that health R&D produces real results for people at home and abroad. It’s heartening to have a leader at USAID who is so committed to the power of research, and who continues to provide such critical leadership.

The beginning of the end

Written by Phil Carroll / PATH
Read time:
Phil Carroll, senior policy communications associate at PATH, writes about Marc LaForce, recently retired director of the Meningitis Vaccine Project. This post is part of an ongoing effort on Breakthroughs to highlight leaders and heroes in global health research and development (R&D). Marc LaForce’s career at PATH has been nothing but illustrious. He came to our organization in 2001 to lead a project that had more than a few skeptics. Funded by the Bill & Melinda Gates Foundation, the Meningitis Vaccine Project , a partnership between PATH and the World Health Organization (WHO), was tasked with leading R&D for a new vaccine against group A meningococcal meningitis—a particularly deadly strain of meningitis that forms a belt across sub-Saharan Africa. The most significant ask was to deliver the vaccine at a price the countries could afford: less than 50 cents a dose. It was a daunting challenge, but one that Marc and his team did not shy away from. By working with a host of multi-sector partners, including multilateral institutions like the WHO and a well-established manufacturer in India, the Meningitis Vaccine Project succeeded in creating MenAfriVac™, the first vaccine designed specifically for Africa. In addition, the US Government played a critical role in the creation of this new vaccine. The Centers for Disease Control and Prevention, US Food and Drug Administration, National Institutes of Health, and US Agency for International Development all made scientific and research contributions to the development and delivery of MenAfriVac™. It should also be noted that the success of this project would not have happened without the cooperation and involvement of African governments, which identified the need for a vaccine, stressed the importance of a low price per dose, and finally helped orchestrate the immunization campaigns in country. Marc LaForce, retired director of the Meningitis Vaccine Project. Photo credit: PATH To date, MenAfriVac™ has reached almost 55 million people since its launch in Burkina Faso at the end of 2010. Even more impressive is that in all of those vaccinees, not a single case of meningitis A has been reported. The creation and roll-out of MenAfriVac™ represents one of the most exciting success stories in global health R&D, and demonstrates how a strong commitment to R&D from a range of partners can result in an amazing new tool that can make an impact of millions of lives. However, as Marc pointed out at the Global Health Technologies Coalition’s annual briefing on Capitol Hill last week, the battle against this disease is far from over. We need greater investment in R&D for an additional vaccine that would protect against other types of meningitis. Through Marc’s leadership and vision, we know that an effective, affordable, and accessible vaccine is not just possible, but achievable. February 28 was Marc’s last day at PATH before his official retirement, and he left us with quite the legacy. Leaders at PATH are fond of referring to the success of Meningitis Vaccine Project as the “beginning of the end” of meningitis A in Africa. In many ways, this phrase can be applied to Marc’s new chapter in life. Instead of hitting the links or working on his tan in Florida as other retirees might, Marc will return to his former life in academia, molding the minds of the next generation of public health professionals and scientific leaders. Who knows, there might just be a future Marc LaForce among them.
PATH

A technological renaissance for girls and women

Written by Janna Oberdorf / Women Deliver
Read time:
Janna Oberdorf, Director of Communications and Outreach for Women Deliver, writes about the recent “Women Deliver 50” initiative to mark International Women’s Day. Earlier this week, Women Deliver released its “Women Deliver 50,” a list of 50 inspiring ideas and solutions delivering for girls and women around the globe. Launched in celebration of International Women’s Day, this list showcases game-changing innovations and technologies that are making advances for girls and women worldwide. Several of the innovations include health technologies that harness research and development (R&D) to develop and deliver woman-centered prevention and treatment options. Selected from hundreds of nominations from 103 countries, some of the “Women Deliver 50” winners impact the lives of girls and women on a global scale by improving access to health technologies. For example, the GAVI Alliance is working to reduce the cost of HPV vaccines and to support their broad introduction in many of the world’s poorest countries. More than 85 percent of the 275,000 women who die every year from cervical cancer live in developing countries. Through its efforts, GAVI is aiming for millions of girls worldwide to receive the HPV vaccine, providing them with a better chance at a healthy and productive life. The “Women Deliver 50" list showcases game-changing innovations and technologies that are making advances for girls and women worldwide. Photo credit: PATH There are also medical technologies that, through R&D, are evolving to better meet the needs of girls and women. Female condoms have been around for 20 years, but even when available, women often decide not to use them because of cost and design concerns. With this in mind, PATH solicited input from couples around the world, and designed a more affordable, easy-to-use and comfortable female condom. With this new product, PATH is helping women to better protect themselves from HIV infection and unintended pregnancies. An innovative organization working to accelerate R&D for female-initiated solutions for HIV prevention is the International Partnership for Microbicides, a “Women Deliver 50” finalist. Vaginal rings, a popular method for delivering contraceptives, are long-acting, discreet, and easy to use. IPM has adapted this technology to the fight against HIV, and is preparing to launch a licensure program in partnership with the Microbicide Trials Network to determine whether a vaginal ring containing antiretroviral drugs can safely and effectively provide women with monthly protection against HIV. Should it be successful, the ring would empower women with the tools they need to protect their health. The “Women Deliver 50” winners demonstrate that we can develop revolutionary tools that impact the health and livelihoods of girls and women worldwide. We need to continue to create, test, and scale-up new and existing technologies. We still don’t have all the vaccines, drugs, devices and other health technologies that girls and women need, and it is critical for us to bridge this gap. As we’ve seen time and time again, when we invest in health innovations for girls and women, we see a positive ripple effect across society. If you weren’t one of the 6,000 people who voted for these 50 solutions, you can still weigh in with your thoughts. Visit the Women Deliver website to learn more about these exciting interventions, as well as other ideas and solutions making a difference around the world. And then visit Women Deliver on Facebook and Twitter to tell us what you think.