Snakebites, which Médecins Sans Frontières describes as “one of the world's most neglected public health emergencies,” kill 200,000 people each year.

Snakebites, which Médecins Sans Frontières describes as “one of the world's most neglected public health emergencies,” kill 200,000 people each year. This makes snakes the second deadliest animal after mosquitoes. However, not only has research and development for snakebite antivenoms received little investment, but production of existing treatments is also declining due to their low profitability for pharmaceutical companies. Antivenoms are traditionally developed using antibodies produced by animals that have been bitten by snakes, but a number of small biotech companies and even individuals are testing innovative ways to create new, multipurpose antivenoms. Dr. Claire Komives, a professor of Chemical Engineering at San Jose State University, is working to enlist the E. coli bacteria to produce a promising antivenom, as the use of bacteria could make production significantly cheaper and easier to scale up. Meanwhile, a team of researchers across Europe and Central America are developing a treatment for a myriad of common venoms, starting with an antivenom that is effective against three different venoms. Their plan is to identify deadly venoms against which their product is not effective and then develop and incorporate a treatment for that venom into their product. Finally, a team at the California Academy of Sciences is screening chemical compounds in existing, approved drugs to develop a product that could stabilize a bitten patient, giving them more time to seek treatment.

The World Health Organization estimates that one-third of the world’s population has latent tuberculosis (TB), only 10 percent of whom will actually contract the disease. However, co-infection with a helminth, a parasitic worm, increases one’s chance of developing TB and exacerbates the symptoms, particularly lung damage. Scientists have long suspected that the parasitic infection impeded the immune system’s ability to fight TB, inhibiting immune cells that provide protection against TB. However, new research out of Washington University in St. Louis suggests that a specific molecule produced by helminths’ eggs prompts an inflammatory immune response that increases one’s susceptibility to TB and its symptoms. The team was able to engineer immune cells that do not produce the molecule, and mice co-infected with TB and the parasite who were given the engineered immune cells did not have the damaging, inflammatory immune response. Analyses of blood samples from TB patients also demonstrated a correlation between the presence of the molecule and the severity of TB symptoms. 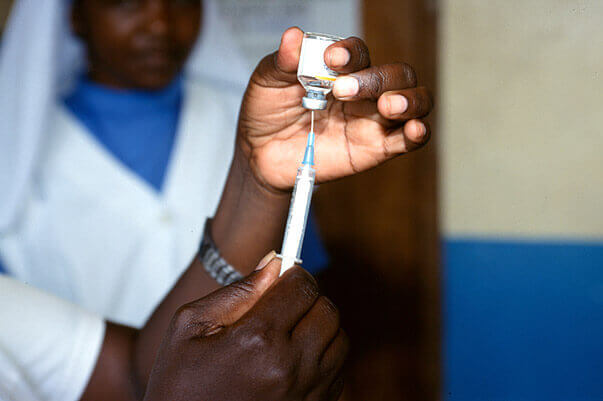 Researchers at The Scripps Research Institute (TSRI) are developing an HIV and AIDS vaccine candidate that targets a region found on 90 percent of known strains of the HIV virus. The team at TSRI has been conducting experiments to prompt the immune system to generate broadly neutralizing antibodies—proteins which fight multiple strains of the HIV virus—and discovered that four of these antibodies all targeted the same part of the virus, the V2 apex. Further, two of the antibodies have an unusual advantage. While most antibodies mutate from their original form to become more effective at fighting a virus, two of the antibodies were able to bind to the V2 apex in their initial form, consequently speeding up the immune response. However, the body doesn’t naturally make a large number of these antibodies, instead focusing on the further developed antibodies. To address this, the team at TSRI engineered a version of an HIV protein to which those basic antibodies bind with the anticipation that it will lead to their increased production. The engineered protein is being used in a vaccine candidate that will next be tested in animal studies.

What we’re thankful for in global health

Written by Marissa Chmiola / GHTC
Read time:
It’s that time of year when Americans chow down on turkey with family and friends and express gratitude for the many things in life for which they are most thankful. In the spirit of Thanksgiving, GHTC asked our members and staff to share what they are most thankful for when it comes to research, development, and delivery of lifesaving global health technologies. Here’s what they had to say:
PATH/Eric Becker

TPP: What does it mean for global health and what’s next?