The zoonotic Middle East Respiratory Syndrome (MERS), which World Health Organization (WHO) Director-General Dr. Margaret Chan called “a threat to the entire world” has spread to South Korea. More than 100 cases and 10 deaths have been reported, making it the largest outbreak outside of the Arabian Peninsula.

The zoonotic Middle East Respiratory Syndrome (MERS), which World Health Organization (WHO) Director-General Dr. Margaret Chan called “a threat to the entire world” has spread to South Korea. More than 100 cases and 10 deaths have been reported, making it the largest outbreak outside of the Arabian Peninsula. While there are currently no vaccines or treatments for MERS, researchers are confident that with adequate political will and funding, such products could be rapidly advanced. 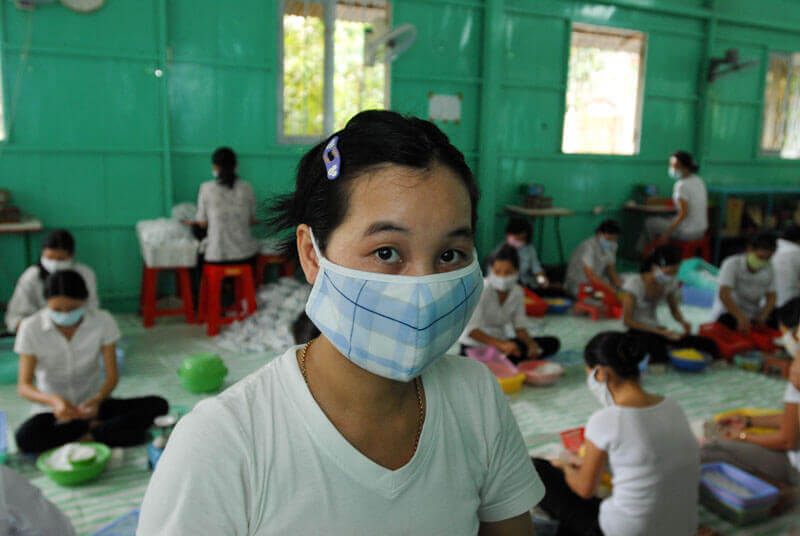 Dr. Matthew Frieman, a professor and researcher at the University of Maryland School of Medicine, has developed an experimental vaccine in partnership with vaccine company Novavax Inc. that successfully protected mice against the MERS virus. Greffex, another vaccine company, has already worked with the US National Institute of Allergy and Infectious Diseases to develop a vaccine that triggers the production of antibodies—proteins that protect against the disease—in mice. Dr. Frieman and Greffex CEO John Price agree that funding and political will are the only barriers to the development of a MERS vaccine. According to Price, Greffex could develop a MERS vaccine candidate in less than a month with a sample of the virus, but they lack the funding to conduct clinical trials. Researchers have also struggled to obtain the needed information and materials—including samples of the virus—from scientists in Saudi Arabia. In the meantime, Frieman is working to test existing, approved drugs for the treatment of MERS, and has identified 27 drugs that have demonstrated potential in combatting MERS in a laboratory setting.

At this year’s G7 summit, leaders of seven countries—including Canada, France, Germany, Italy, Japan, the United Kingdom, and the United States— pledged to advance research and development (R&D) for neglected tropical diseases and new antibiotics. The members of the G7 committed to supporting everything from basic research through the development of “easily usable and affordable drugs, vaccines and point-of-care [diagnostics].” The G7 Leaders' Declaration also endorses the WHO Global Action Plan on Antimicrobial Resistance and the WHO Global Observatory on Health Research and Development, highlighting the need for improved coordination of global health R&D.

In a New York Times op-ed, Gregg Gonsalves and Mark Harrington, co-founders of the Treatment Action Group, reflected on lessons learned about the US Food and Drug Administration’s (FDA) drug approval process during the US HIV and AIDS epidemic. The article comes as Congress is considering the 21st Century Cures Act, a bill intended to advance medical breakthroughs, in part through FDA reform. The legislation includes several provisions to expedite the approval of drugs and medical devices based on what Gonsalves and Harrington consider to be “lower standards.” The authors assert that while innovative regulatory pathways—such as the Accelerated Approval Program—enabled early access to new HIV and AIDS drugs, pharmaceutical companies were still required to demonstrate the safety and efficacy of products before they entered the market. Additionally, in the case of preliminary approval, companies were expected to continue and complete clinical trials. To protect patient safety, Gonsalves and Harrington argue that such standards should be upheld, reminding Congress that those standards “paved the way for the development and approval of breakthrough drugs [that] have been proven to be effective and safe.”

There are nearly 170 contraceptives products in the R&D pipeline, from discovery, through product development, to regulatory review. Researchers, advocates, funders, and procurement agencies can now find information about these products all in one place through Calliope, the Contraceptive Pipeline Database, a new resource developed by GHTC member FHI 360. Calliope includes information regarding the R&D stage, the partners, the active pharmaceutical ingredients, the delivery and duration, and the mechanism by which the technologies prevent pregnancy. The contraceptive pipeline is diverse, and includes vaccines, microbicides, implants intrauterine devices and balls, pills, and even microchips. The exchange was created to galvanize contraceptive R&D for low-resource settings through knowledge sharing and the facilitation of cross-sector partnerships.

Research Roundup: a promising antimalarial and leishmaniasis vaccine, diagnostics for tuberculosis, and more

Written by Kat Kelley / GHTC
Read time:
Photo: Medicines for Malaria Venture The Medicines for Malaria Venture (MMV)—a member of the GHTC—and the University of Dundee’s Drug Discovery Unit have developed an antimalarial compound that could treat drug-resistant cases of malaria with a single dose. The compound has been tested in both human blood and mice and the researchers involved believe it could ultimately be administered for only US$1 per dose. MMV has entered an agreement with pharmaceutical company Merck KGaA to advance the compound through the research and development (R&D) pipeline, transferring the rights to develop and commercialize any resulting product. Researchers at the US National Institutes of Health (NIH) have developed a vaccine that has protected against leishmaniasis in monkeys. Leishmaniasis infects one million people per year and is caused by the Leishmania parasite, transmitted through the bite of phlebotomine sand flies. Scientists noted that monkeys bitten by uninfected phlebotomine sand flies were less susceptible to future infections, and subsequently determined that a protein in the flies’ saliva—known as PdSP15—triggers an immune response. Seven of ten monkeys receiving an injection of PdSP15 developed immune cells against the Leishmania parasite and were significantly less likely to get the disease than members of the control group. Human cells also reacted to PdSP15 in a laboratory setting, indicating the potential of the protein in protecting humans from leishmaniasis. The fastest and most accurate tuberculosis (TB) test is expensive—$17,000 per machine and an additional $10 per test—and not conducive for use in rural settings because it requires electricity, refrigeration, and access to a computer. The test, known as GeneXpert is significantly more sensitive than traditional TB diagnostics, and its use increases successful diagnosis by 39 percent. Its popularity among health officials and donors has demonstrated that there is a major market for TB diagnostics, and has galvanized private-sector investments in TB R&D. There are now 191 TB diagnostics in the pipeline, and the manufacturers of GeneXpert are working to make the technology cheaper and to develop a remote, cloud-based version of the test. Since 2010, the Pediatric Trials Network has been conducting research to determine the safety and appropriate dosage of different medicines for young children, including premature infants. Children are often excluded from clinical trials, due to issues of consent and communication, and consequently, many drugs are not tested on children before entering the market. The NIH-funded Pediatric Trials Network has gathered research from nearly 90 sites and 3,500 children across the United States, and the results have often been counterintuitive. Medical professionals often determine the appropriate dosage of a drug based on a child’s weight, however the Network’s research has indicated that underdeveloped organs, particularly in premature infants, may struggle to fully process the drugs, ultimately requiring a higher dose per pound.
CDC/ Dr. George Healy

Research Roundup: cross-sector partnerships to advance drug discovery, global recommendations for contraceptive use, and a...

Written by Kat Kelley / GHTC
Read time:
Leishmania sp. protozoan (Photo: CDC/ Dr. George Healy) The Drugs for Neglected Diseases initiative (DNDi)—a member of the GHTC—is partnering with pharmaceutical companies Eisai Co., Shionogi & Co., Takeda Pharmaceutical, and AstraZeneca to accelerate early-stage research for drugs against Chagas and leishmaniasis. The project, known as the Drug Discovery Booster, will enable DNDi to search through all the pharmaceutical companies’ vast libraries of chemical compounds simultaneously. DNDi will provide each company with a ‘seed’ compound which has shown some ability to combat the parasites responsible for the diseases, and the companies will subsequently scan their libraries for similar, and potentially more promising, compounds. DNDi will then test the compounds identified by the pharmaceutical companies and pick a new seed compound from the results. This process will be repeated up to three times. The GHIT Fund—a member of the GHTC that subsidizes research and development for neglected tropical diseases—is supporting the involvement of the three Japanese pharmaceutical companies. The World Health Organization updated its medical eligibility criteria for contraceptive use last week, adding long-acting, hormonal contraceptives to the list of recommended contraceptives. The list is widely used by medical practitioners to identify the best contraceptive methods for their patients and by policy-makers in shaping national strategies that determine the availability of different methods within their countries. Under previous guidelines, health professionals were advised not to prescribe hormonal contraceptives to women within the first six weeks after giving birth. Revising that recommendation is expected to increase contraceptive access for new mothers, enabling healthy birth spacing and ultimately reducing maternal and child mortality. This is particularly important in light of the results of a recent study in Contraception across 21 low- and middle-income countries, which indicates that more than half of pregnancies in women who have previously given birth occur too soon after delivery to be safe. An experimental diagnostic known as VirScan can identify virtually every virus a person has ever been exposed to using just a drop of blood. VirScan detects antibodies—proteins that the immune system makes to combat infection—and has been tested on 569 people across the United States, South Africa, Thailand, and Peru. The test costs US$25 and currently takes two days to two months to complete. However, the researchers believe that if a company were to lead and streamline its use, the process could reliably be cut to two to three days. Initial results indicate that the average person has been exposed to 10 virus species, however, those in the United States have generally been exposed to fewer viruses, which could be attributable to “differences in population density, cultural practices, sanitation or genetic susceptibility.” VirScan could be used to identify viral causes or catalysts of chronic or autoimmune diseases, as well as global disease patterns.