A recent clinical trial found that convalescent plasma therapy, a treatment in which the blood plasma is taken from survivors of a disease and used to treat current patients, did not prove to be effective against Ebola.

A recent clinical trial found that convalescent plasma therapy, a treatment in which the blood plasma is taken from survivors of a disease and used to treat current patients, did not prove to be effective against Ebola. The blood plasma of survivors includes antibodies against the pathogen, in this case the Ebola virus, which can boost a patient’s immune response. Convalescent plasma therapy has been used for more than 100 years, and was first used against Ebola in 1976. In the trial, plasma therapy was used to treat 84 patients, and an additional 418 patients that had been treated at the same facility served as the control group. The treatment reduced death rates by a mere 2.6 percent, and the result was not statistically significant. However, the trial did demonstrate that the collection and transfusion of blood plasma from survivors to patients was safe and feasible in low-resource settings. During the trial, the therapy did appear to be particularly effective in pregnant women and infants, however, the sample size was too small to confirm. Plasma samples from the trial will now be sent to a facility in France where researchers will assess the concentration of antibodies in the samples to determine if the quantity of antibodies affected survival rates.

A recent study suggests that the antimalarial artesunate/amodiaquine (ASAQ) could be more effective against Ebola than artemether/lumefantrine (AL), an antimalarial previously used to treat Ebola, due to the diseases’ overlapping symptoms. During the outbreak, a Médecins Sans Frontières treatment center in Liberia initially used AL to treat patients, however, after running out of AL, they began to use ASAQ. The death rate for patients receiving ASAQ was 50.7 percent, compared to 64.4 percent of patients on AL. While ASAQ appears to be a promising treatment, additional trials are needed to investigate ASAQ’s efficacy in reducing Ebola mortality.

Strains of the bacteria responsible for the sexually transmitted infection gonorrhea are becoming increasingly resistant to antibiotics. In the United States, one-third of gonorrhea cases are resistant to at least one antibiotic. Public officials, both in the United States and Britain, are urging doctors to follow prescription recommendations to prevent the spread of drug-resistant strains. In Britain, many doctors continue to prescribe ciprofloxacin, which has not been recommended for gonorrhea in 10 years. In the United States, doctors have historically prescribed ceftriaxone, however, between 2011 and 2013—after new guidelines led doctors to prescribe ceftriaxone in combination with azithromycin—ceftriaxone-resistant strains decreased by two-thirds from 1.4 percent to .4 percent of cases. 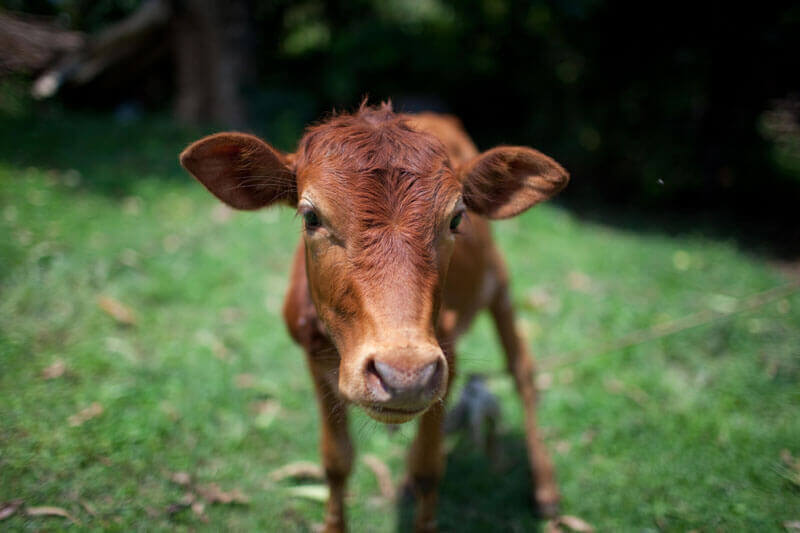 The bacteria Mycobacterium bovis, which causes bovine tuberculosis (TB), is a rising cause of human TB, and while it’s responsible for just 1.4 percent of cases globally (and 1.5 percent of cases in America), up to 44 percent of TB-infected Latino Americans have the bovine version. Bovine TB is found in two dozen mammal species and is usually transmitted to humans through unpasteurized dairy products. In Mexico, 40 percent of dairy products are unpasteurized, and consequently the proportion of bovine TB cases among Americans are highest along the US-Mexico border. Two-thirds of bovine cases in the United States are extra-pulmonary—outside of the lungs—and are consequently undetectable by standard diagnostic techniques. The remaining third, confined to the lungs, could presumably be spread between humans through coughing or sneezing.

Obama highlights global health and innovation in State of the Union

Written by Courtney Carson / GHTC
Read time:
President Obama 2016 State of the Union address. Photo: White HouseGHTC has long championed US leadership in global health and innovation, and we were encouraged to see President Barack Obama highlight these themes in his State of the Union address.On combating the 2014 Ebola epidemic in West Africa, the president highlighted a coordinated domestic and international effort to leverage expertise, resources, and value-add of all partners—a strategy we support for advancing global health R&D. He stated: Fortunately, there’s a smarter approach, a patient and disciplined strategy that uses every element of our national power. It says America will always act, alone if necessary, to protect our people and our allies; but on issues of global concern, we will mobilize the world to work with us, and make sure other countries pull their own weight… That’s how we stopped the spread of Ebola in West Africa. Our military, our doctors, and our development workers set up the platform that allowed other countries to join us in stamping out that epidemic. The president also discussed US investments in global health and development as a core piece of American foreign policy and national security, nodding to the Global Health Security Agenda, which coordinates domestic and international efforts to prevent, detect, and respond to global disease epidemics. In addition, his message called for renewed commitment and funding for US efforts to end the epidemics of HIV and AIDS and malaria: Leadership means a wise application of military power, and rallying the world behind causes that are right. It means seeing our foreign assistance as part of our national security, not charity. When we help African countries feed their people and care for the sick, that prevents the next pandemic from reaching our shores. Right now, we are on track to end the scourge of HIV and AIDS, and we have the capacity to accomplish the same thing with malaria — something I’ll be pushing this Congress to fund this year. President Obama also highlighted the transformative power of medical research to end endemic and emerging health threats: For the loved ones we’ve all lost, for the family we can still save, let’s make America the country that cures cancer once and for all. Medical research is critical. GHTC is pleased to see President Obama echo themes we have long advocated: partnerships and innovation are key to advancing health at home, and around the world.To curb the spread of emerging disease epidemics, we will need domestic and international commitment to work together and develop new tools and technologies to monitor, track, diagnose, and treat infectious disease. To finally end the scourge of malaria and achieve an AIDS-free generation, we will need renewed commitment to develop innovative vaccines and treatments that move us beyond current interventions. To cure noncommunicable diseases and other health challenges that plague developed and lower-income countries, we need continued investment in research and development for health technologies.GHTC looks forward to working with the president and his administration to drive these issues forward in 2016.

Written by Kat Kelley / GHTC
Read time:
Photo: PATH/Teresa Guillien A new vaccine against Middle East Respiratory Syndrome (MERS) could save human lives by boosting immunity in camels. MERS, a virus that causes an innocuous cold in camels but kills nearly one-third of human patients, is primarily found in the Arabian Peninsula, where camels are common and 12 percent are infected at any given time. While the virus does spread between humans, camel-to-human transmission is believed to be a significant driver of new cases. Not only are camels an important host for the virus, but developing a vaccine for animals is cheaper, and the regulatory review is usually less burdensome than for a human vaccine. The vaccine uses a virus engineered to display the spike protein that defines MERS, prompting the immune system to create antibodies that will protect against MERS. The team vaccinated four camels and used an additional four camels as the control group. Three weeks after vaccination, all eight camels were exposed to the virus. While the camels in the control group all became infected, three of the four vaccinated were protected; it is unclear why the fourth was not. Nature took an in-depth look at the development and testing of Ebola vaccine candidate rVSV-ZEBOV and how it could serve as a model for accelerating the research and development (R&D) of tools for other emerging threats. In less than two years, rVSV-ZEBOV went through multiple rounds of testing, culminating in a successful phase III clinical trial. In the typical timeline, it would take years to obtain regulatory approval for the trial, let alone to conduct it, and it would be performed in a setting with greater existing research capacity. The trial design was significant: the team enrolled nearly 4,000 individuals that were close personal contacts of Ebola patients, and those vaccinated were completely protected, while 16 percent of the control group became infected. By using patients’ contacts, they were able to identify and enroll at-risk individuals quickly. The researchers were also able to review preliminary results in real time, and after the vaccine proved to offer a significant advantage, the team immediately began to vaccinate all participants. The White House released a National Action Plan for Combating Multidrug-Resistant Tuberculosis (MDR-TB) last week, with clear actions to be implemented by the US government over the next five years. The Plan is comprised of three goals: (1) Strengthen domestic capacity to combat MDR-TB; (2) Improve international capacity and collaboration to combat MDR-TB; and (3) Accelerate basic and applied Research and Development to combat MDR-TB. The first two goals call for increased diagnosis and treatment of MDR-TB patients while the third calls for R&D for new vaccines, drugs, and rapid diagnostics. Within the third goal, the plancalls for R&D of new products as well as research to improve the use of existing drugs; the development of strategies to identify the "most promising drug and vaccine candidates" within a given portfolio; and the identification of biomarkers (which are an early sign indicating whether a drug or vaccine will be successful) to accelerate clinical trials. Scientists have genetically engineered male mosquitoes whose female offspring will be infertile in order to reduce the population of mosquitoes that transmit malaria in sub-Saharan Africa. Normally, only half of an organism’s offspring inherit a non-dominant gene, however, the team used an approach called “gene drive” to ensure the trait—infertility—will be passed on at a rate of 90 percent. Gene drive involves using an endonuclease—a molecule that literally cuts DNA—to damage the original gene; the cell then duplicates the remaining, engineered gene, which results in two copies of the gene with the desired trait. While vector control is a cornerstone of existing malaria programs, there are concerns that this technique of drastically reducing the mosquito population could have unintended ecological consequences.