Research Roundup: combatting malaria with forensics, detecting counterfeit drugs out of a suitcase, and preventing the flu without a vaccine

Luminol has long been used to detect blood at crime scenes, as it glows bright blue when it comes into contact with the blood protein hemoglobin, however, new research suggests that it could be repurposed to fight malaria in humans.

Luminol has long been used to detect blood at crime scenes, as it glows bright blue when it comes into contact with the blood protein hemoglobin, however, new research suggests that it could be repurposed to fight malaria in humans. Scientists at Washington University School of Medicine discovered that adding luminol and an amino acid that generates a key component of hemoglobin—heme—to a solution of malaria-infected blood cells triggers a chain reaction, ultimately killing off the malaria parasite. The malaria parasite drills into human blood cells, leaving an opening into the cell. When the amino acid enters the blood cells through that opening, it produces a surplus of heme, which in turn leads to a buildup of the molecule protoporphyrin IX. As the hemoglobin glows in response to the luminol, the light exposure causes protoporphyrin IX to release free radicals, and the free radicals attack the parasite. The team will next test a treatment of luminol, the amino acid, and the existing antimalarial drug artemisinin in animals. Dr. Daniel Goldberg, the study’s lead author, is “optimistic” that the three agents, which are independently safe for use in humans, could “be combined to form an innovative treatment for malaria.”

Counterfeit drugs constitute eight percent of global pharmaceutical sales annually, resulting in 700,000 deaths from fake tuberculosis and malaria medicines alone. Dr. Muhammad Zaman, a professor of Biomedical Engineering at Boston University, has built a machine the size of a carry-on suitcase that can test medicines—whether in liquid, powder, or tablet form—to determine the presence and potency of active pharmaceutical ingredients. The device, known as PharmaChk, uses fluorescent probes which bind to the active ingredients in different drugs. If the active ingredient is present, the probe will light up, with its brightness dependent on the potency of the drug. That light is captured by a tiny camera which is then read by the device’s software, telling users exactly how much of the ingredient is present. The kit is currently equipped to test antimalarials and antibiotics and Zaman’s team is developing additional technology to test tuberculosis and postpartum hemorrhage treatments. The test takes fifteen minutes, which is also how long it takes to train a health worker or pharmacist to use the device. The team won a US$2 million grant last year for the advanced development and commercialization of PharmaChk and is currently testing the device in hospitals and pharmacies in Ghana. 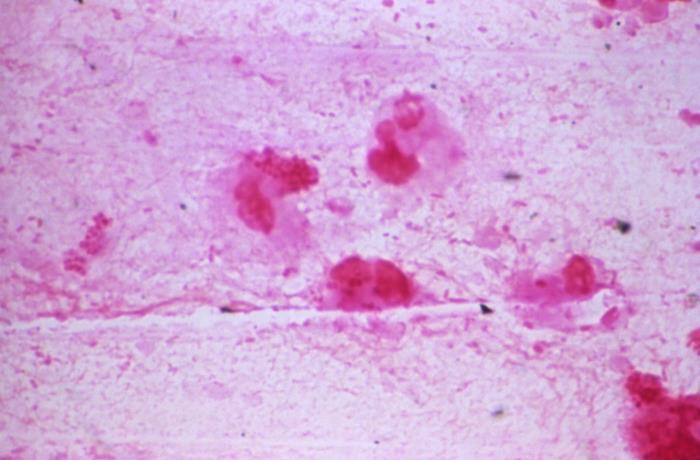 Researchers at The Ohio State University may have found a way to protect against all strains of influenza by triggering a response in the human immune system without actually introducing any viral material. The immune system constantly generates low levels of the protein IFITM3, which prevents the virus from reproducing and infecting new cells; when a person becomes infected with the flu, an additional protein—known as interferon—accelerates production of IFITM3. The scientists hypothesized that if the immune system created a stockpile of IFITM3 before introduction of the flu virus, it could prevent the infection entirely. However, the team wanted to avoid targeting interferon, as it has serious side effects, including flu-like symptoms. In studying the reaction, they concluded that interferon is not only responsible for ramping up IFITM3 production, but for decreasing production of NEDD4, an enzyme which normally breaks down excess IFITM3. The team determined that suppressing NEDD4 directly in human and mouse cells results in a buildup of IFITM3, without having to involve interferon. At this time, the team is exploring when and how to inhibit NEDD4; while the enzyme is critical to fetal development, it’s unclear what role it plays in adults.

Research Roundup: a rapid diagnostic for three hemorrhagic fevers, a MERS vaccine to be tested...

Written by Kat Kelley / GHTC
Read time:
A new paper-based diagnostic can test for Ebola, dengue, and yellow fever in just ten minutes without running water, electricity, lab equipment, or highly-trained personnel. “We purposely designed it to be very simple not only to assemble but also to use and to read out,” says lead developer Dr. Kimberly Hamad-Schifferli, a Massachusetts Institutes of Technology professor. Initial symptoms for these three hemorrhagic fevers are nonspecific, making them hard to diagnose, and existing diagnostic methods—while more accurate—are impractical for low-resource settings. This paper-based diagnostic currently costs US$20, although Hamad-Schifferli believes it could be manufactured for even less. The test uses red, orange, and green nanoparticles to test for Ebola, yellow fever, and dengue respectively, and just by identifying the colors that appear on the strip, a diagnosis can be made. Photo: PATH/Gabe Bienczycki An experimental vaccine against Middle East Respiratory Syndrome (MERS) will be tested on humans later this year in clinical trials run by Inovio Pharmaceuticals and GeneOne Life Science. The vaccine, which was developed by researchers at the University of Pennsylvania in partnership with Inovio, the US and Canadian governments, and the Universities of Washington and South Florida, will be the first against MERS to advance to human clinical trials. The team took a novel approach to developing the vaccine, using an artificially engineered DNA sequence, rather than material from the MERS virus itself. The DNA prompts the recipient’s immune system to produce a protein that is unique to the MERS virus, which in turn triggers the production of protective proteins—known as antibodies—that detect that unique MERS protein and attack it. The vaccine successfully induced the production of these protective proteins in mice, monkeys, and camels, and as it does not contain any live viral material; it’s anticipated to be safer than traditional vaccines. Gilead Sciences Inc., a California-based biotechnology company, is aiming to cure HIV and AIDS and hepatitis B and one candidate—GS-9620—has shown promise in combatting both infections in animal studies. “Gilead is the leader in HIV,” according to Andrew Cheng, executive vice president of Clinical Research and Development Operations at Gilead Sciences, and he’s got a point: 80 percent of new HIV and AIDS patients start treatment using a Gilead product. Their expertise in antivirals expands beyond HIV and AIDS; the company has doubled its sales over the past two years, due to the market introduction of Sovaldi and Harvoni—drugs that cure Hepatitis C in 90 percent of patients. Existing treatments for HIV and AIDS prevent active, HIV-infected cells from reproducing, however, inactive cells are able to escape detection, effectively hiding from the immune system. GS-9620 is one of several drug candidates that uses a method known as “shock and kill” to wake the latent, infected cells, enabling the immune system to identify and attack them. The treatment successfully triggered viral activity in monkeys and is now being tested in humans. The treatment has also been tested in woodchucks infected with Hepatitis B, and within a month, the virus was completely undetectable. Researchers at the University of Pennsylvania and the University of Ulm in Germany have discovered a molecule that attacks both HIV-infected cells and a protein in semen that enhances the infectivity of the HIV virus. The molecule—CLR01—latches onto viral membranes, known as viral envelopes, but passes over cell membranes. This suggests that the molecule is unlikely to have any major side effects and that it might be successful in combatting other sexually transmitted viruses. The tweezer-shaped molecule also targets and suppresses molecules in the semen that attach to the HIV virus and help it bind to human immune cells, ultimately making the virus 10,000 times more virulent. CLR01 has been successfully tested in zebrafish and mice and will next be tested for safety in efficacy in nonhuman primates. According to the researchers, mass producing CLR01 is relatively simple, making it a microbicide candidate.
PATH/Teresa Guillien

The latest in MERS R&D: Do we have the tools needed to prevent the next...