Sabin Vaccine Institute—a member of GHTC—and Texas Children’s Hospital Center for Vaccine Development received a US$1.8 million grant to expedite the research and development of the first therapeutic vaccine for Chagas disease, which is currently undergoing preclinical research by the same team.

Sabin Vaccine Institute—a member of GHTC—and Texas Children’s Hospital Center for Vaccine Development received a US$1.8 million grant to expedite the research and development of the first therapeutic vaccine for Chagas disease, which is currently undergoing preclinical research by the same team. Chagas is caused by the parasite Trypanosoma cruzi, which attacks and feeds on human tissue, resulting in heart or digestive disorders in nearly one-third of those infected. The disease is endemic throughout Latin America and in recent years has moved into the United States. The grant comes from the Robert J. Kleberg, Jr. and Helen C. Kleberg Foundation, which works to improve the quality of life in southern Texas, where investigators estimate there are anywhere from tens to hundreds of thousands of Chagas cases in humans.

The Critical Path Institute (C-Path)—a nonprofit that facilitates cross-sector partnerships to expedite drug development and regulatory approval—has formed a Pre-Launch Consortium tasked with establishing and operating a Global Pediatric Clinical Trials Network. The Consortium will be comprised of representatives from academia, the public and private sectors, the pharmaceutical industry, foundations, and child health advocacy groups and will determine the structure and leadership of the Network, which will be nonprofit and independent from C-Path. The Network is intended to be a resource, providing technical expertise and using its global infrastructure to advance the development and approval of pediatric treatments across diseases and conditions, phases of trials, and types of studies. The Network’s resources will be available to all product developers, both for- and not-for-profit. 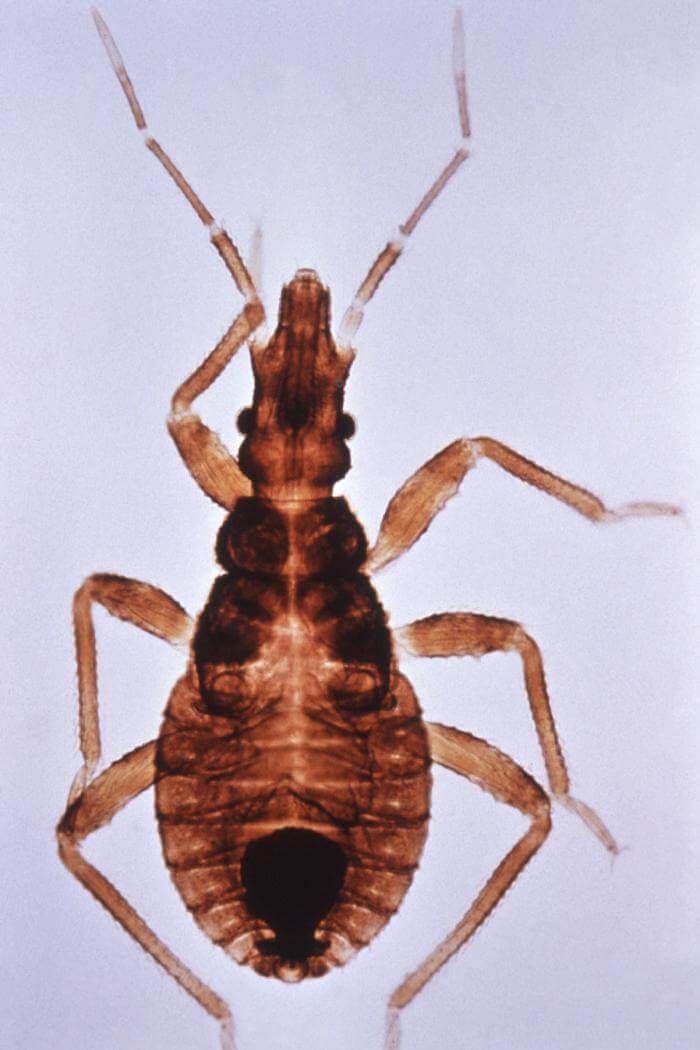 Dr. Rebecca Richards-Kortum and Dr. Maria Oden, professors of Bioengineering at Rice University, are working to create a “Nursery of the Future” to save the lives of babies born prematurely in low-resource settings. Prematurity is the leading cause of death for children under five years old. In hospitals in high-income countries, expensive computer monitors are used to alert staff when a baby stops breathing, so that they can wake the infant and trigger him or her to keep breathing. As a low-cost, innovative alternative, the team has successfully tested a band that wraps around an infant’s belly and vibrates—using motors similar to those in cell phones—when the baby stops breathing, waking it directly. Next, Richards-Kortum and Oden want to develop low-cost alternatives for infant warmers, oxygen concentrators, and serum bilirubin tests—all expensive equipment used in hospitals in high-income countries. Their eventual goal is to create an entire nursery that costs less than US$10,000.

A new study suggests that “leaky” vaccines, which decrease the severity of an infection rather than prevent it entirely, could lead to the evolution of more virulent pathogens. The basic premise is that when a pathogen is able to survive in a vaccinated person, it grows stronger, and the vaccinated person can then become an asymptomatic carrier of the more deadly version of the pathogen. The study, led by Dr. Andrew Read, a professor of Biology and Entomology and Pennsylvania State University, applied the theory to Marek’s disease, a poultry disease against which farmers regularly vaccinate their chickens. Read’s team demonstrated that, when infected with different strains of Marek’s disease virus, vaccinated chickens were effective carriers, and that those infected with highly virulent strains were able to spread the disease to a greater number of unvaccinated chickens. Read believes that “we are entering the era of leaky vaccines in humans,” as researchers develop partially effective vaccines for complicated viruses such as malaria or HIV and AIDS. However, vaccine researcher Dr. Adrian Hill of Oxford University argues that the theory is plausible but unlikely, referring to Marek’s disease as “the only example of this happening” and noting that the development of natural immunity in a population could have the same effect.

When breastfeeding is not possible: How an innovative cup can save lives

Written by Heather Ignatius / PATH
Read time:
In this guest post, Heather Ignatius—senior policy and advocacy officer at PATH—writes about a new bipartisan piece of legislation to accelerate progress towards ending preventable child and maternal deaths. More than 30 diverse organizations including PATH are calling on members of Congress to support the legislation, and you can add your voice to the call by joining their virtual “chain” of people around the world who believe we must do all we can to #SaveMomandKids. The Reach Act aims to accelerate an end to preventable maternal and child deaths. Photo: PATH/Gabe Bienczycki Today Senator Susan Collins (R-ME) and Senator Chris Coons (D-DE) introduced a new bipartisan piece of legislation that could help save the lives of women and children around the world. This legislation—the Reach Every Mother and Child Act (Reach Act)—aims to end preventable maternal, newborn, and child deaths within a generation by putting into place US policies to reach more women and children with lifesaving programs and support the development, introduction, and scale-up of high-impact interventions in low-income countries. Reach Act reaffirms America’s commitment to end preventable maternal, newborn, and child deaths In 2012, the United States, the governments of Ethiopia and India, and UNICEF led the Child Survival Call to Action, committing to end preventable child and maternal deaths by 2035—a commitment that has since been endorsed by 175 partner governments around the world. The Reach Act would make it the policy of the United States to make good on that promise and put in place a coordinated, whole-of-government strategy to achieve it. The legislation calls for the US to set ambitious, outcome-based targets for reducing child and maternal deaths and track and report progress toward them annually. It also calls for improved coordination across US government agencies, establishes a maternal and child survival coordinator position at the US Agency for International Development (USAID) to oversee activities, and would expand the use of innovative financing mechanisms that will help countries overcome financial hurdles and obtain more resources to strengthen health programs, ultimately moving countries towards greater self-sustainability in confronting their own health challenges. Reach Act ensures innovation is part of the US government strategy to achieve this aim Improvements in maternal and child health have been one of the greatest success stories in international development. Since 1990, deaths of mothers and children under the age of five worldwide have been nearly cut in half—meaning every day 17,000 more children live and 700 more mothers survive childbirth compared to just two decades ago. Central to that progress has been research and development (R&D) of new and innovative health products. For example, new vaccines, drugs, diagnostics, and other health innovations have led to 4.2 million fewer child deaths in 2013 compared to 1990, according to a report by the Institute for Health Metrics and Evaluation. Advances in maternal and child health have been driven by the development of new approaches and innovative technologies. Many of these breakthroughs—such as bed nets to prevent malaria, oral rehydration therapy to treat diarrheal disease, and antiretrovirals to treat HIV and AIDS—were supported or piloted by US government funded programs, demonstrating the power of US investment in innovation to save the lives of mothers and children. Ending preventable maternal, newborn, and child deaths is an ambitious goal, but it’s also an achievable one—and investing in health innovation can help us get there. According to the Lancet Commission on Investing in Health, the world can achieve a “grand convergence”—reducing maternal and child deaths in low-income countries to low levels within a generation—by increasing investment in the R&D of new technologies and the scale-up of existing technologies. The Reach legislation would ensure that R&D is a critical part of the US approach to ending preventable maternal, newborn, and child deaths. As the lead US agency working in maternal, newborn, and child health, USAID has long placed global health R&D and innovation at the core of its activities to end extreme poverty and build resilient societies. The agency has helped to support the development and introduction of a range of affordable and cost-effective technologies including easy-to-use diagnostic tests for HIV and AIDS, malaria, and tuberculosis; innovative contraceptive technologies; treatments to reduce neonatal infection and postpartum hemorrhage; and vaccines against leading childhood killers like meningitis. The agency has sought to harness expertise and resources across sectors and geographies to catalyze the development of health technologies to improve maternal and child health. Through programs like the Saving Lives at Birth: A Grand Challenge for Development, USAID has advanced innovative solutions for maternal and child health, such as simple pouches to deliver drugs to reduce mother-to-child transmission of HIV and AIDS and devices to help babies take their first breath. The Reach Act challenges policymakers at USAID and other US agencies to continue to think long-term about the role innovation could play in achieving an end to preventable maternal, child, and newborn deaths. The GHTC staff has joined the global chain to #SaveMomsandKids Innovation will be necessary to bend the curve Last year in its Acting on the Call report, USAID articulated a roadmap to achieve the vision of ending preventable and maternal deaths in 24 priority countries, setting an interim milestone of saving 15 million children and 600,000 women by 2020. If achieved, meeting this milestone would mean that US programs would be exceeding the impact targets set in 2012. The development and introduction of new health technologies can further accelerate progress toward this goal—helping us bend the curve more steeply and saving more lives, more rapidly. Now is the time for Congress to turn ambition into action. The Reach Act can help us realize a world where every kid everywhere lives to celebrate his or her fifth birthday and no mother dies as a result of pregnancy or childbirth. Read a fact sheet about the legislation. Watch a video of Sen. Collins and Coons introducing the legislation. To support the legislation, join the social media campaign using the hashtag #SaveMomsandKids.