Chagas disease: A silent kiss and a neglected killer

Valentine’s Day seems like a fitting occasion to shine some needed light on a disease that can begin with a late-night “kiss” but ends with a broken heart.

In this guest post, Isabela Ribeiro, MD—head of the Chagas program at the Drugs for Neglected Diseases initiative (DNDi)—discusses the devastating toll of Chagas and ongoing efforts to develop new treatments and drug regimens for the disease. 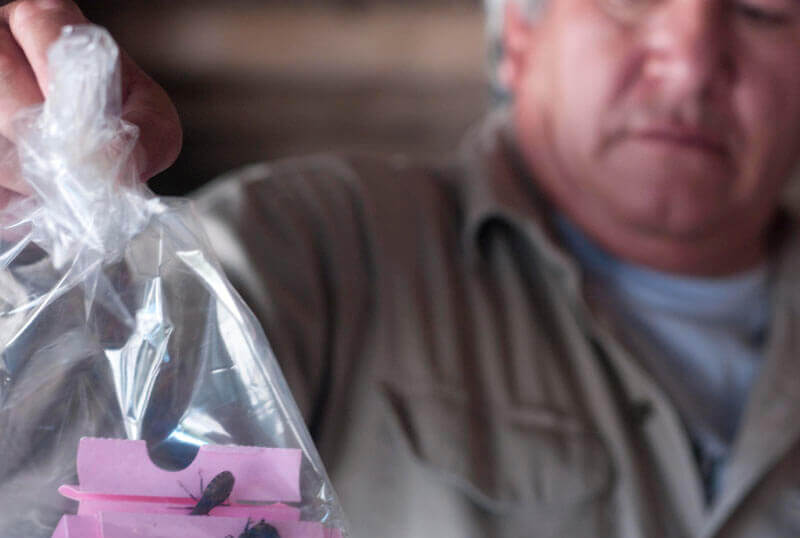 Valentine’s Day seems like a fitting occasion to shine some needed light on a disease that can begin with a late-night “kiss” but ends with a broken heart.

I’m talking about Chagas, the leading cause of infectious heart disease in Latin America. The T. cruzi parasite that causes the illness is transmitted by the “kissing bug,” a blood-sucking insect found in the Americas that thrives in houses made from straw, sticks, and adobe brick. Kissing bugs feed at night, biting the face, sometimes around the lips (hence their name), where they can deposit feces infected by the T. cruzi parasite.

Chagas disease can also be transmitted from mother to child or even through blood transfusions. The acute stage of Chagas disease happens soon after infection. But the chronic stage lasts a lifetime as the parasites hide in the heart and other organs. More than 30 percent of those infected will develop serious cardiac, digestive, or neurological disorders. Up to eight million people are infected and more than 12,000 deaths occur each year, in most cases from heart failure.

What is so remarkable about this silent killer is the deep neglect that surrounds it. Chagas is endemic to all countries in Latin America and increased migration and population movement means there are now cases throughout the world, including approximately 300,000 in the United States.

Less than 1 percent of those infected around the globe are estimated to be on treatment. Only two drugs exist to treat Chagas disease—benznidazole and nifurtimox. Both are effective, but have undesirable side effects and require a long treatment course.

Nevertheless, governments can and must do much more to scale up access to testing and treatment with these existing tools. In the United States, neither drug has been approved by the US Food and Drug Administration. Treatments are only available through the US Centers for Disease Control and Prevention under investigational protocols and compassionate use.

The past decade has seen new actors enter into Chagas research and development (R&D), including DNDi, the Sabin Vaccine Institute, and other institutions. New technologies are enabling researchers to screen much larger libraries of compounds for potential drug candidates. The first clinical trials for Chagas in more than 40 years are being held, providing both new formulations and new regimens of existing drugs and desperately-needed knowledge and data about this poorly understood disease.

Drug discovery is a slow process with many ups and downs. One class of antifungals known as “azoles” generated a good deal of hope, but recent clinical trials have shown that they are not as effective as current drugs. Nevertheless, DNDi is currently looking into combination treatments with these drugs.

There is still a long way to go to break the silence around this disease and ensure the needs of millions of neglected patients are met. As is often the case with neglected diseases, it is the poorest and most vulnerable communities that are the most affected. New technologies to test, treat, and prevent the parasite hold the key to future progress against Chagas disease, but a larger global effort is needed today to scale up access to treatment for those who need it most.

Dr. Isabela Ribeiro is Head of the Chagas program at the Drugs for Neglected Diseases initiative, a non-profit research and development organization that works to deliver new treatments for people living with neglected diseases.

Written by Kat Kelley / GHTC
Read time:
In this regular feature on Breakthroughs, we highlight some of the most interesting reads in global health research from the past week. Newsweek took an in-depth look at the work of Sanaria, a small biotechnology organization striving to develop a vaccine to effectively eradicate malaria. Naturally-acquired immunity is common in malaria-endemic regions, however, it takes an estimated three years for children to develop even partial immunity. The team at Sanaria has produced a vaccine that is considered the safest and most effective vaccine to date, preventing malaria in 100 percent of participants in initial trials. The vaccine defends against Plasmodium falciparum, the parasite responsible for nearly all fatal cases of malaria. Despite the success of initial trials and accolades such as the 2014 Vaccine Industry Excellence Award for “Best Prophylactic Vaccine,” Sanaria struggles to get adequate coverage or funding to continue, let alone escalate, the development of the vaccine. A virulent new form of HIV has been reported in Cuba, leading to an accelerated transition from HIV to AIDS. The HIV virus must attach itself to certain 'receptors,' or proteins on the cell membrane, before entering the human cell. The virus has historically attached itself first to the protein CCR5, and after several years it develops the ability to attach to the CXCR4 protein, a development which often correlates to the transition to AIDS. The aggressive new strand is recombinant, a variant of the virus resulting from a combination of multiple strands of HIV. Researchers at the Ku Leuven’s Laboratory for Clinical and Epidemiological Virology have seen particularly high levels of both the virus and the RANTES molecule in patients. The RANTES molecule, a natural part of the human immune response, combats HIV by attaching to the CCR5 proteins, which prevents the virus’s ability to enter the cells, resulting in the virus adapting to attach to the CXCR4 proteins. Patients with the new, recombinant strand may develop AIDS within just three years of infection, before many are even diagnosed with HIV. Mother Jones examined the impact of climate change on the spread of infectious diseases, and the role that vaccines can play in mitigating that impact. Climate change, and in particular, extreme climate events, can not only weaken existing health systems, but higher temperatures and levels of rainfall are actually correlated to increased cases of certain diseases, such as rotavirus. As Alistair Woodward, an epidemiologist at the University of Auckland explained, “ensuring that people are vaccinated is a logical thing to do as part of managing the risks of a rapidly changing climate.”
PATH/Wendy Stone

Research Roundup: FDA Commissioner to step down, a Grand Challenge for neglected diseases, funding for...

Written by Kat Kelley / GHTC
Read time:
In this regular feature on Breakthroughs, we highlight some of the most interesting reads in global health research from the past week. US Food and Drug Administration (FDA) Commissioner Dr. Margaret Hamburg announced last week that she intends to resign from her position in March. The FDA’s Chief Scientist Dr. Stephen Orstroff will serve as the interim Commissioner. Dr. Robert Califf, founding director of the Clinical Research Institute at Duke University, and recently appointed deputy commissioner for Medical Products and Tobacco at the FDA, is expected to be the principal candidate to fill the role permanently. The Global Health Innovative Technology (GHIT) Fund and the Gates Foundation launched a Grand Challenge last week to combat neglected diseases, including malaria, tuberculosis, Chagas disease, and visceral leishmaniasis. The Fund intends to grant US$2 million per year for the research and development (R&D) of new drugs, vaccines, or diagnostics, and up to $1 million per year for each product. GHIT also announced last week that it will invest $637,000 into the development and testing of chemical compounds in the pursuit of more effective products to prevent and treat malaria. The funding will be directed into a partnership between GHTC member Medicines for Malaria Venture and Japanese pharmaceutical company Daiichi Sankyo. Policy Cures—an independent research group and author of the annual G-FINDER report which analyzes global spending on global health R&D—released its first-ever report on reproductive health R&D for developing countries. The report reveals that just $88 million was spent on developing country-specific reproductive health R&D in 2013, $63 million of which was spent on contraceptive R&D. The report explores the limited funding and major gaps in reproductive health R&D, highlighting the need for affordable products that are easily delivered, administered, or stored; have multiple purposes; and do not have major side-effects. A recent study reveals that the United Kingdom’s top 25 universities—in terms of public funding for medical research—spend just 1.7 percent of their health research budgets on neglected diseases. The London School of Hygiene & Tropical Medicine topped the list, spending 68 percent of their health research on diseases that impact people in developing countries, however, all but 5 of the top 25 allocated less than 10 percent of their medical research budgets to neglected diseases.