Earlier this week, the GHTC and other global health and international development advocates called on the House Appropriations State and Foreign Operations subcommittee to fully fund key programs in the foreign affairs budget.

Earlier this week, the GHTC and other global health and international development advocates called on the House Appropriations State and Foreign Operations subcommittee to fully fund key programs in the foreign affairs budget. Advocates presented testimony regarding the fiscal year (FY) 2014 budget for State and Foreign Operations, which includes funding for the US Agency for International Development (USAID) and many other global health and research programs.

Subcommittee Chair Rep. Kay Granger (R-TX) and Ranking Member Rep. Nita Lowey (D-NY) ran the proceedings, and Reps. Barbara Lee (D-CA) and Henry Cuellar (D-TX) also attended. Granger and Lowey kicked off the hearing with statements in support of continued US leadership in global health and foreign aid programs. Lowey stated that she is “proud of the progress that US government funding has made against diseases like tuberculosis, malaria and HIV and AIDS.” Global health research and development (R&D) efforts funded by agencies like USAID play an inextricable role in this progress, through innovations such as new HIV drugs, tuberculosis (TB) diagnostics, and advanced insecticides to bolster the use of mosquito nets to prevent malaria. 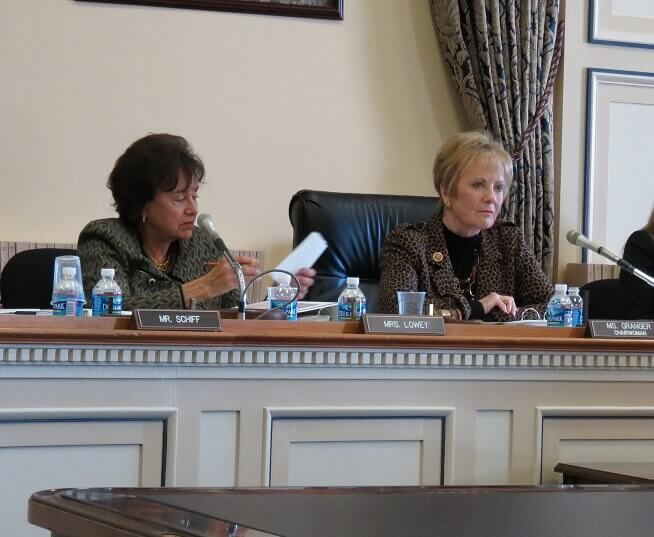 The GHTC and many of its members were invited to testify at the hearing, and spoke about the value of global health research in terms of saving lives, improving health outcomes, furthering American innovation, and increasing cost-savings in public health over the long term. According to the GHTC’s written testimony, every day “more than 35,000 people die from AIDS, TB, malaria, and other neglected diseases around the world. … These issues highlight the urgent need for sustained investment in global health research to deliver new tools to combat these devastating diseases.” Fortunately, previous “US investment in global health R&D has generated great success in treating devastating diseases and improving the lives of millions through new technologies.” And there are “several very promising technology candidates in the R&D pipeline; however, these tools will never be available if the support needed to continue R&D is not supported and sustained.”

Other GHTC members stressed the importance of sustained support from USAID and other US agencies for global health research initiatives. For example:

Other global health community members such as the Non-Communicable Disease Roundtable, Bread for the World, and the GAVI Alliance also testified in support of global health and development programs.

Witnesses at the hearing strongly demonstrated that even in this extremely challenging fiscal climate, when difficult decisions must be made in the face of budget cuts, is it essential that Congress prioritize effective programs that save lives at home and abroad. Global health research and product development programs at USAID save millions of lives, spur economic activity in the United States, and save money in the long run. These programs must be protected, and the US leadership in this area must not falter. To achieve this goal, Congress must ensure that global health research programs at USAID and across the government are robustly funded in FY 2014.

Written by Jamie Rosen / Aeras
Read time:
In this guest post, Jamie Rosen—media and communications manager at Aeras—writes about a new film series that features personal stories of people affected by tuberculosis (TB) worldwide, and the urgent need to develop new vaccines and other tools against the disease. Aeras is excited to share the trailer for a series of short films exposing the underreported global epidemic of TB and the movement for innovation to improve our tools to fight it. In the TB community, as in other areas of global health, we are constantly seeking ways to help people comprehend the scale and the individual tragedy of this disease, to understand the difficulties of treating it, and to inspire people to do what it takes to adequately address it. Aeras has been working with filmmaker Mo Scarpelli and her crew over the past several months to produce four films. Each film will focus on the story of one individual interspersed with expert interviews, and will feature footage from five countries around the world. The first film will focus on an American multi-drug resistant TB survivor; the second on an Indian TB doctor; the third on a South African woman who volunteered for a clinical trial; and the fourth on a British researcher working to develop new TB vaccines. Aeras is grateful for the advice and participation of many people who are working tirelessly to take care of today’s TB patients and foster hope for a better future—one with more effective diagnostics, drugs and ultimately vaccines against this rapidly evolving disease. If this trailer inspires you, please go to www.aeras.org and spread the word. For more information or to organize a screening, please contact Jamie Rosen at jrosen@aeras.org.

Written by Kim Lufkin / GHTC
Read time:
“I can’t think of a reason why academic scientists should not engage in global health research,” Dr. Dennis Kyle, distinguished university health professor at the University of South Florida, said last week at the Consortium of Universities for Global Health (CUGH) annual conference. Kyle was speaking at a panel hosted by the GHTC, which focused on current fiscal and policy realities in the United States that will impact global health research and development (R&D) in the coming year and beyond. Kyle and other panelists stressed the importance of partnerships across a range of sectors to advance global health R&D and develop promising new global health tools. “Academic partners can be incredibly successful in product development,” Kyle said, adding that the university scientists are “great sources of innovation.” Dr. Dennis Schmatz—board chair and president of Medicines for Malaria Venture (MMV) North America—echoed that product development partnerships like MMV rely on collaborations with universities and other sectors, such as governments, pharmaceutical companies, and philanthropic donors. “Product development partnerships are a powerful model that brings together academia, the pharmaceutical industry, and many other sectors to focus on a single mission: developing lifesaving new health products,” he said. As an example of how successful such partnerships can be, Schmatz cited that to date, MMV has helped register or prequalify four new malaria medicines, with seven promising new treatments currently in development. The panel also focused on how sequestration and budget cuts could impact their work in global health R&D. “We know that the academic community has so much to offer,” Dr. Ticora Jones, Higher Education Solutions Network (HESN) manager at the US Agency for International Development (USAID) said. She added that USAID is “moving forward, building partnerships in spite of sequestration. USAID wholeheartedly supports harnessing science and technology to solve development challenges.” Jones cited HESN—which aims to create hubs for innovation at US colleges and universities—as an example of how USAID will continue to build partnerships for global health and other development issues. She also stressed that USAID frequently collaborates with other US federal agencies, such as the National Institutes of Health and NASA, on international development challenges. Karen Goraleski, executive director of the American Society for Tropical Medicine and Hygiene, emphasized that sequestration and other budget cuts have forever changed how global health researchers should advocate for continued support for their work. In addition to the humanitarian and lifesaving benefits of global health R&D, Goraleski stressed that researchers should discuss the domestic benefits of US government support, such as job creation and diplomacy. “Research is a good bet, and will always be a good bet, for creating jobs at home and forging diplomatic ties abroad,” she said, adding, “Researchers and scientists often develop long-lasting and hugely beneficial relationships with universities and communities overseas.” Kyle also argued that global health research creates economic benefits for US universities and state academic institutions. For instance, the Kyle Lab at the University of South Florida provides jobs for 90 people at the university. “Those are real dollars and real jobs,” he said. Kyle added that US support for global health research helps train the next generation of health scientists. If US support for global health R&D is severely cut due to sequestration, “we’d lose the next generation of scientists. We can’t just train these people and then have it turn into a situation where there’s no avenue for them to continue their work,” he said. Finally, all panelists highlighted that investments in global health research and product development are needed over the long-term, given the timeframe needed to create successful new products. “Innovation takes time,” Schmatz said, adding, “We need to keep vigilant, as new threats like drug resistance always create the need for new and better products. You can’t stop or you’ll lose all the ground you’ve gained.”