A year in review: The top stories in global health innovation that shaped 2016

As the year comes to an end, GHTC is reflecting on the top stories in global health innovation that made news 2016.

2016 was a year that ushered in significant shifts in the global health landscape. We witnessed the waning of the Ebola epidemic and the waxing of the Zika outbreak; important leadership changes among the biggest institutional players in global health; and the development and introduction of new innovations that could turn the tide against leading infectious disease killers.

As the year comes to an end, GHTC is reflecting on the top stories in global health innovation that made news in 2016. Here are seven of those top moments: 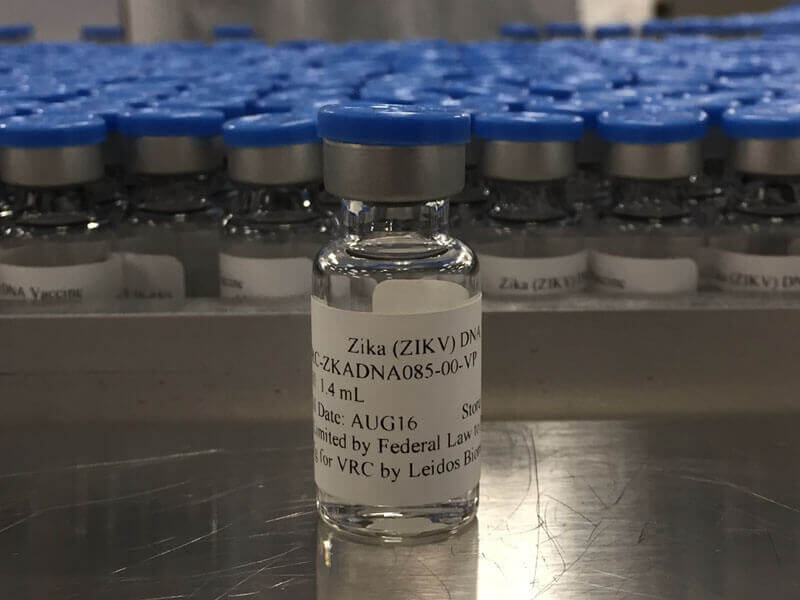 A vial of the National Institute of Allergy and Infectious Diseases (NIAID) Zika Virus Investigational DNA Vaccine (Photo: NIAID).Once considered an obscure virus responsible for a mild illness, Zika took the world by storm in 2016. As the virus gained a foothold in more than 60 countries, its association with devastating birth defects and neurological conditions was firmly established. Prior to Zika’s emergence in the Americas, only 25 research papers had been published on the virus. As the epidemic grew, scientists around the world joined the fight against Zika, often sharing their data and research in real time to speed progress. Thanks to the efforts of these researchers, over the past year our scientific understanding of Zika has grown exponentially, and we have advanced a robust pipeline of new tools to prevent, detect, and treat Zika. Today, there are more than 35 Zika vaccine candidates under development; 13 Zika diagnostics have been authorized for use by the US Food and Drug Administration; and researchers are screening novel compounds and evaluating existing drugs to advance treatments for the disease.

2. The world commits to the fight against antimicrobial resistance

United Nations General Assembly (Photo: GHTC/Matthew Robinson). 2016 marked the year the world finally got serious about tackling antimicrobial resistance. On the heels of several major analyses examining the potentially devastating health and economic impact of antimicrobial resistance, the United Nations (UN) General Assembly convened global leaders for a high-level summit on antimicrobial resistance—the fourth time such a meeting has been held on a health-related topic during the UN’s 71-year history. At the close of the summit, UN member states unanimously endorsed and adopted a political declaration committing to developing action plans and policies; mobilizing resources; and supporting public awareness, surveillance, and R&D efforts to combat antimicrobial resistance. It is our hope that 2017 will mark the year political commitment translates to concrete action to advance the development of new antibiotics.

Mosquito-borne diseases remain an age-old scourge, but 2016 saw the advancement of several novel strategies to combat these tiny foes.

Efforts to combat mosquito-borne diseases with the transmission blocking–bacteria Wolbachia took an important leap forward this year. Past studies have shown that when the Wolbachia bacteria is introduced to Aedes aegypti mosquitos—which carry viruses like Zika and yellow fever—it prevents the viruses from replicating and blocks further transmission. Because the bacteria can be passed from one generation of mosquitoes to the next, the bacteria offers hope for eliminating a virus’s presence within a local mosquito population. After several years of conducting small-scale tests of this method, the Eliminate Dengue Program announced in 2016 it would begin conducting two large-scale trials in South America to determine whether this approach is effective in halting the spread of mosquito-borne diseases in large urban settings.

This year the biotech company Oxitec also advanced efforts to test the use of genetically modified mosquitoes to reduce mosquito populations and disease transmission. The company has engineered mosquitoes that mate with A. aegypti mosquitoes, producing offspring that are unable to mature to adulthood. Early last year, Oxitec introduced the mosquitoes into the Brazilian city of Piracicaba, resulting in an 82 percent decrease in the population of A. aegypti mosquitoes in just nine months. Now, Oxitec has expanded the trial to a larger geographical area and is also initiating trials in the Florida Keys and the Cayman Islands.

Children who receive tuberculosis (TB) medicines require a different dose than adults, yet until this year, there were no TB medicines designed specifically for children, so parents were forced to split or crush adult pills in an attempt to administer the right dose to their child. This year, that all changed with the launch of the world’s first kid-friendly TB medication. Developed by TB Alliance, the medicine is designed with the unique needs of children in mind: It is fruit-flavored, dissolvable in water, easy to administer, and appropriately-dosed. Already, more than 30 countries have adopted the new medicines, and enough orders have been placed to treat half of childhood TB cases worldwide.

Image captionMonthly vaginal dapivirine ring helps protect women against HIV (Photo: International Partnership for Microbicides). Women may soon have a powerful new tool at their disposal to prevent HIV infection. Earlier this year, the International Partnership for Microbicides (IPM) announced the results of two large phase 3 clinical trials demonstrating that a monthly vaginal ring containing the antiretroviral drug dapivirine can help protect women from HIV. While initial results indicated that the dapivirine ring reduced HIV risk by approximately 30 percent, further analysis revealed that the ring reduced infection rates by 75 percent in women who used the ring consistently. Now, IPM is seeking regulatory approval for the dapivirine ring and is conducting open-label studies, enabling trial participants to continue using the ring as IPM collects additional data. The dapivirine ring is the only long-acting, female-initiated HIV prevention tool to have proven successful in phase 3 clinical trials. Young women in sub-Saharan Africa are more than twice as likely to be infected with HIV than their male counterparts, and thus female-centered prevention tools are needed stem the epidemic.

After decades of development and testing, the world’s first malaria vaccine candidate will soon be introduced in several communities in sub-Saharan Africa. The vaccine—RTS,S—was developed by PATH and GlaxoSmithKline and received a positive opinion from the European Medicines Agency last year following completion of phase 3 clinical trials. In November, the World Health Organization (WHO) announced it would pilot and evaluate the vaccine in real-life settings, thanks to funding from The Global Fund; UNITAID; and Gavi, the Vaccine Alliance. Pending results of these pilot tests, WHO will determine whether to deploy the vaccine on a wider scale. 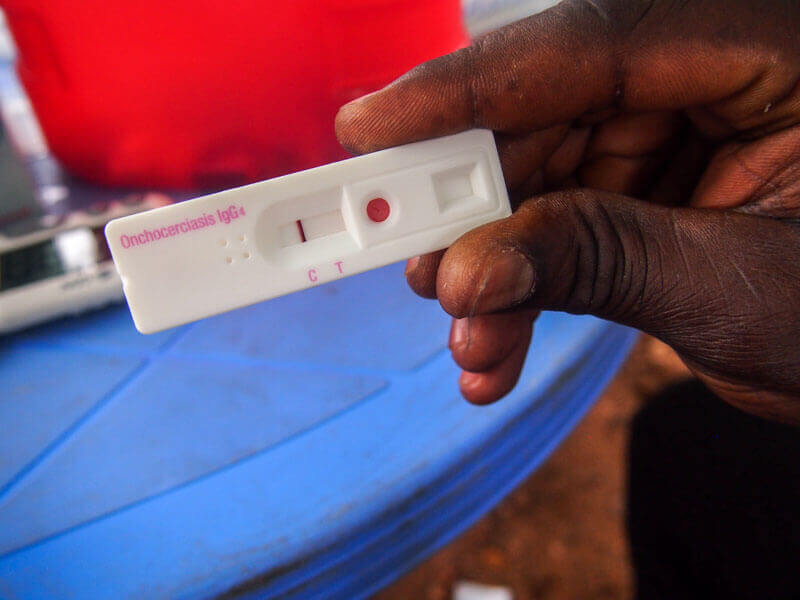 Over the past year, several other promising new health innovations have moved through the development pipeline and one step closer to reaching the hands of patients:

As 2016 draws to a close and 2017 begins, it is time for the global health community to redouble our efforts to make sure this vital progress in global health innovation continues to ensure that people around the world will have access to lifesaving and life-improving health technologies.

Written by Kat Kelley / GHTC
Read time:
Scientists at the University of Oklahoma are looking for the next breakthrough drug in an unusual place: roadkill. Every animal hosts a unique microbiome—a community of microorganisms, including bacteria, fungi, and molecules with antibacterial and antifungal properties. The research team is collecting swabs from dead animals found along a state highway and has already discovered two compounds (taken from an opossum’s ear) that could prevent the spread of yeast infections. Hypothermia is a significant driver of morbidity and mortality among babies born prematurely, even though the condition is easy to detect and treat. Detection relies on temperature monitoring, and current standard of treatment is Kangaroo Mother Care (skin-to-skin contact). Now, an electronic alert bracelet is being used to prevent hypothermia among preemies in India. If the infant is healthy, the bracelet flashes a blue light every ten seconds; if the infant’s temperature drops, the light turns to red and an alarm goes off. The single-use device is safe and can be used for a month straight—even at home. Though a daily dose of pre-exposure prophylaxis (PrEP) can prevent HIV infection, stigma, cost, and frequent stockouts can impede adherence to the regimen. While only four doses per week is sufficient to protect men from infection, if women miss a single daily dose, they risk infection. To mitigate these barriers, researchers at Intarcia Therapeutics Inc. are developing an implant that would release PrEP over time, meaning just one visit to the doctor’s office would protect patients for an entire year. The device has already undergone advanced testing and is currently under review by the US Food and Drug Administration for the delivery of diabetes drugs. Researchers at the Center for Infectious Disease Research (CIDR) in Seattle are using mosquitoes, rather than syringes, to deliver an experimental malaria vaccine. The vaccine uses live, but weakened malaria parasites, which can only grow inside living mosquitoes. In an initial trial, ten volunteers were vaccinated, none of whom developed malaria and all of whom produced antibodies that could confer immunity against malaria. The antibodies were extracted from volunteers and successfully used to protect mice against malaria, however, additional trials are needed to determine their efficacy in humans. CIDR is partnering with the Maryland-based biotech company Sanaria to develop a more standard and sustainable vaccine delivery system, producing the weakened parasites and extracting them from the mosquitoes, and attempting to grow the parasites outside of the mosquitoes.
David Jacobs

Written by Kat Kelley / GHTC
Read time:
In this regular feature on Breakthroughs, we highlight some of the most interesting reads in global health research from the past week. Earlier this year, the World Health Organization released a list of the eight pathogens most likely to cause the next pandemic. All eight are caused by viruses, and all eight are zoonotic—originating in animals. To experts, this came as no surprise: viruses are able to rapidly evolve to infect different species or become more virulent, and nearly three-fourths of new and emerging diseases are zoonotic. Now, researchers are proposing the Global Virome Project, an initiative to characterize every virus in the world (well, 99 percent of them). Tracking down the estimated 1.3 million viruses in the world would cost nearly US$3.4 billion, however, proponents of the project argue that it would unearth insights into viruses en masse and ensure a basic scientific understanding of potential pandemic threats. New research suggests that nearly half of women infected with Zika during pregnancy will have adverse pregnancy outcomes, including miscarriages and birth defects. The study, which enrolled 125 women in Rio de Janeiro, Brazil, is the first to quantify the frequency of these complications among pregnant women who test positive for the virus. Overall, 46 percent of women experienced significant adverse outcomes, however, the true impact may be even higher. The study only followed infants for the first three months of life, but emerging research indicates that neurological and physical defects may develop throughout the first year of life. Further, the study reveals that risk is greatest for women who are infected during the first trimester (55 percent), though adverse outcomes remain common among women infected during the second (51 percent) and third (29 percent) trimester. Antibiotics and immune cells can only target bacteria when they are growing and dividing. Consequently, bacteria often become inactive to evade detection. Many bacteria rely on a toxin antitoxin system to achieve this. A pernicious environmental factor will prompt the bacteria to produce a toxin that puts themselves to sleep, and the abatement of that factor triggers the release of an antitoxin to wake the bacteria back up. Now, an international team of researchers has discovered that the toxin antitoxin system for E. coli, and potentially other bacteria, relies on oxygen to wake up the bacteria. When E. coli cells are dormant, both the antitoxin and oxygen must be present to destroy the original toxin. These findings suggest that oxygen could be the key to developing antibiotics that can wake up and consequently attack dormant bacteria.