A year in review: The global health innovation stories that shaped 2017

As the year comes to an end, GHTC is reflecting on the top stories in global health innovation that made news in 2017.

2017 was a year that brought changes, upheavals, and uncertainties for the global health and development community: From the inauguration of a US president that expressed skepticism about foreign assistance and beget uncertainty about the United States’ continued leadership in global health, to the election of a new leader at the World Health Organization (WHO) that faces a tough task of reforming the agency and proving it’s up to the job in the wake of missteps during the Ebola crisis.

While the landscape seemed to shift continuously under our feet this year, the community was also buoyed by evidence of our shared progress and success. In developing countries, more women than ever have access to contraceptives. The end of polio is truly within sight. And we have the largest pipeline of promising global health technologies ever in history.

As the year comes to an end, GHTC is reflecting on the global health innovation stories and news that shaped 2017. Here are some of those moments:

The 2014 Ebola epidemic prompted some real reckoning by the global community and raised important questions on how we can be better equipped with the tools and systems to stop outbreaks before they become epidemics. While the world still remains woefully unprepared, 2017 saw an important step forward with the formation of the Coalition for Epidemic Preparedness Innovations (CEPI). Launched with nearly $600 million in funding from the governments of Norway, Japan, and Germany, and in partnership with the Wellcome Trust and the Bill & Melinda Gates Foundation, CEPI aims to develop vaccines against the diseases most likely to cause the next epidemic.

2. US global health and research funding saved from the chopping block 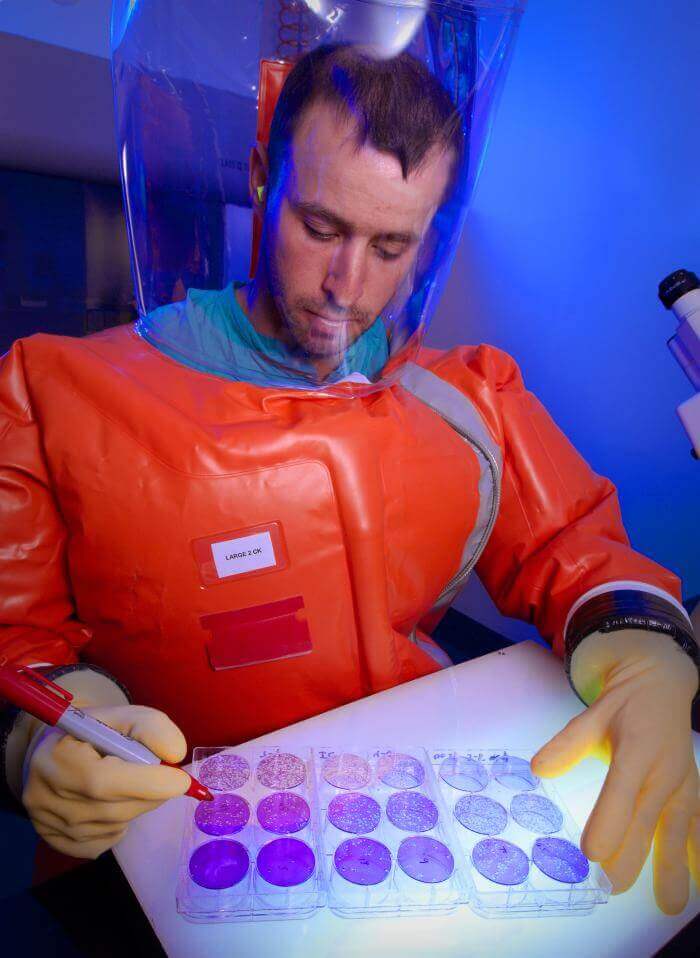 The year started on an ominous note with the release of the Trump Administration’s fiscal year (FY) 2018 budget proposal, which called for deep cuts to US global health and medical research programs for FY18 as well as proposed rescissions to the US Agency for International Development’s (USAID) global health funding for FY17. While advocates feared Congress would take a cue from the Administration as it finalized FY17 budget negotiations, champions in Congress stepped up and defended these investments. When the dust finally settled, the FY17 omnibus budget passed with sustained funding across these areas, including slight boosts to global health funding at USAID and the US Centers for Disease Control and Prevention, and a US$2 billion increase for the National Institutes of Health (NIH). While budget negotiations remain ongoing for FY18, advocates are optimistic Congress will continue to sustain strong funding for global health and medical research.

The world’s wealthiest nations paid some serious lip service to advancing global health research and development (R&D) this year. In their 2017 summit declaration, G20 leaders committed to working together to advance R&D for antimicrobial resistance (AMR) and potentially pandemic diseases— marking the first time R&D for global health has featured on the G20 declaration. Leaders pledged support for coordinated R&D initiatives, like the WHO R&D Blueprint and CEPI as well as called for a new AMR R&D collaboration hub. Although the G20 focused on R&D through the lens of AMR and health security—which addresses only a portion of global health challenges—this was a good sign that the world’s leaders are embracing the importance of health R&D to global development. It is now imperative that words turn into concrete action and that leaders sustain this momentum as Argentina takes helm of the G20 in 2018.

4. Demise of an R&D pooled fund at WHO

Not all news can be good news. This year brought a disappointing resolution to an over decade-long effort to stand up a voluntary pooled fund at WHO to finance R&D for neglected diseases. At this year’s World Health Assembly, WHO announced that it would cease work on the pooled fund and its initial round of demonstration projects—citing a lack of contributions pledged to support the sustainability of the fund. While this is a disappointing end for global health advocates, on a positive note, WHO pledged to continue a companion effort—the WHO Global Observatory on Health R&D—which was created to facilitate coordination and guide prioritization for global health research. 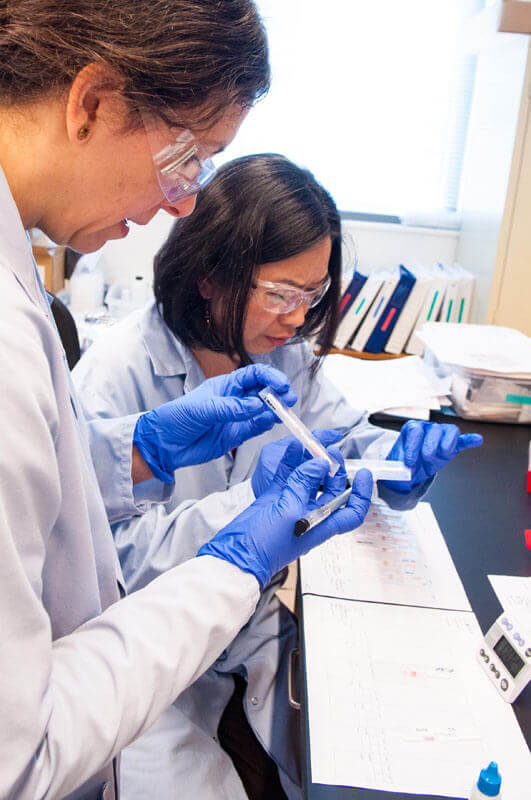 One of the biggest innovations of 2017 could be something decidedly low-tech: a list. While WHO has operated the Model List of Essential Medicines for decades to guide countries in procuring drugs and treatments, this year a group of scientists asked an interesting question: If we have a list for medicines, why don’t we have one for diagnostics? After a sustained advocacy campaign, supported by GHTC, calling for WHO to establish an essential diagnostics list (EDL), the agency formally announced in June it would create an EDL and took the first step in doing so, creating an expert advisory group tasked with developed the list. While the list is not expected to be operational until early 2019, this welcomed move by WHO will improve diagnostic access and innovation and ultimately save lives.

Readers always like a David vs. Goliath story, and this one captured a lot of media attention this year. This August, in a surprising move, a creative multisector partnership involving GHTC member Drugs for Neglected Diseases initiative (DNDi) successfully secured approval from the US Food and Drug Administration (FDA) for the Chagas drug benznidazole, achieving this milestone before a rival attempt by a company formally run by Martin Shkreli (aka “Pharma Bro”) to register their version of the drug. Under Shkrell’s leadership, this company announced plans to take benznidazole—a drug that has been around since the 1970s, but lacked FDA approval—and register it with the FDA to secure a tropical disease priority review voucher (PRV) to sell. It also expressed plans to its investors to then hike the price of the drug to nearly $1,000 a course (vs. the $60-$100 it’s now being sold at in Latin America). This alarmed advocates who worried the drug would become prohibitively expensive to the nearly 300,000 Americans impacted by Chagas’ disease. This partnership appears to be a win-win for both Americans and people around the world. The company involved in the partnership has committed to making the drug accessible to Americans at an affordable price, and under a provision in the partnership agreement, 50 percent of revenue from a PRV sale will be used to fund programs to expand access to the drug in the United States and other nations.

7. Innovators get creative in combatting the world’s deadliest animal

Bill Gates famously reminded us that the world’s deadliest animal is not a shark or a lion, but the pesky, yet lethal mosquito. This year innovators got particularly creative in exploring ways to wipe out these deadly pests and the diseases they carry. Work continued on gene-drives, genetic modification of mosquitoes, and the introduction of the transmission-blocking Wolbachia bacteria. But scientists also tried to see if they could use mosquitoes rather than syringes to deliver malaria vaccines; created a crowd-sourced, mobile-based monitoring platform to track disease-carrying mosquitoes by the sound of their buzz; and innovated a way to introduce sterile mosquitoes into a population via temperature-controlled drone.

Over the past year, several other promising new health innovations have moved through the development pipeline and one step closer to reaching people in need. Here are just a few highlights:

As we look forward to 2018, it is time for the global health community to redouble our efforts to make sure this vital progress in global health innovation continues to ensure that people around the world will have access to lifesaving and life-improving health technologies.

Written by Taylor Capizola / GHTC
Read time:
Interested in more global health innovation news? Every week GHTC scours media reports worldwide to deliver essential global health R&D news and content to your inbox. Sign-up now to receive our weekly R&D News Roundup email. In this regular feature on Breakthroughs, we highlight some of the most interesting reads in global health research from the past week. A new, rapid diagnostic tool designed to detect Ebola in low-resource settings—EbolaCheck—is heading into its first field trial. Like other Ebola diagnostics, it works by detecting viral genetic material in blood, but it also has several characteristics that make it innovative and easy to deploy in the field: It is mobile; inexpensive, costing ten times less; rapid, taking as little as 70 minutes; needs minimal power to operate, and can be administered by staff with little training.The first field trial is scheduled to launch in rural areas of Brazil in January 2018, with an intent to study potential deployment challenges like temperature, humidity, and operating procedure. A group of Ugandan millennials designed a low-cost, reusable malaria diagnostic tool—Matibabu—capable of quickly detecting malaria without drawing blood. Matibabu beams a red laser on an individual’s finger, detecting changes in shape, color, and concentration of red blood cells, all of which are affected by the presence of the malaria-causing parasite. Matibabu can diagnose malaria in only two minutes (compared to 30 minutes or more for a blood test) with an 80 percent success rate, though the developers noted some patient skepticism due to the simplicity and uniqueness of the test. Matibabu has already generated strong interest among the global community: The designers won the 2013 United Nations Women’s Empowerment award and are shortlisted for the Royal Academy of Engineering’s Africa prize for engineering innovation, with an award of £25,000. If the developers win, they plan to use the funds to begin clinical trials and work to increase the accuracy of the tool. Through gene therapy, researchers at UCLA engineered blood-forming stem cells in animals to produce chimeric antigen receptor (CAR) molecules that create T-cells capable of recognizing and destroying HIV-infected cells. These engineered cells persisted in destroying infected cells for more than two years after the initial edit, offering hope as a method to create long-term HIV immunity. While these findings are preliminary and the sample size is small, they are the first to show that this method of gene editing works in creating targeted immune cells that can mature and become functional throughout the body. This method of gene editing, coupled with other effective treatments like antiretroviral therapy, may pave the way for safe and lifelong HIV immunity.