What we’re looking forward to in 2014

As 2014 gets into full swing, the GHTC is looking ahead to many exciting developments on both the global health research and development (R&D) and policy landscapes:

As 2014 gets into full swing, the GHTC is looking ahead to many exciting developments on both the global health research and development (R&D) and policy landscapes: 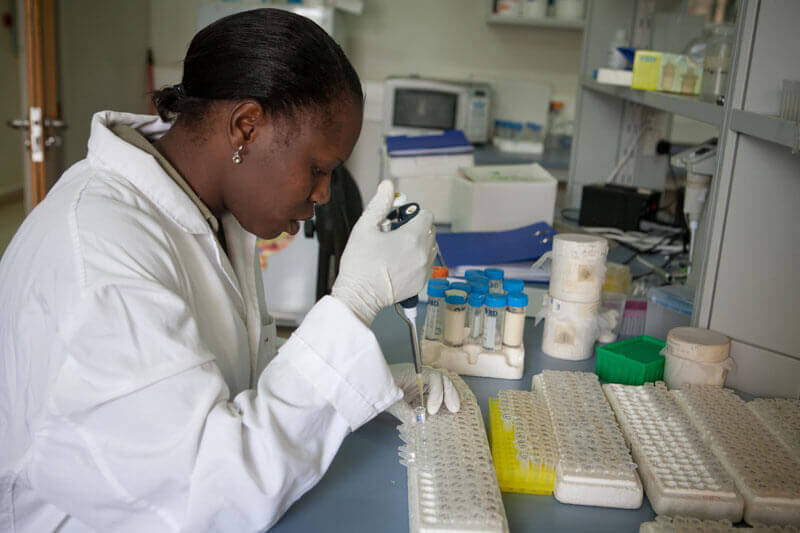 Exciting new research is coming up in 2014. Photo: PATH/Evelyn Hockstein

Between new research advancements and policy progress, there is clearly a lot we’re excited about for 2014. What new developments in global health R&D are you looking forward to?

Written by Nick Taylor / GHTC
Read time:
In this regular feature on Breakthroughs, we highlight some of the most interesting reads in global health research from the past week. The Guardian wrote about the importance of the World Health Organization’s prequalification of medicines program (PQP): “The PQP has been a fantastic success story, giving a stamp of approval to good quality generics and allowing the governments of developing countries to buy effective versions of essential drugs they can afford.” However, the article argues that if the program is to become more sustainable, it needs to diversify its funding. The Bill & Melinda Gates Foundation has entered into two partnerships with South African institutions to develop new drugs and vaccines against HIV and AIDS, tuberculosis, and malaria. The multi-year, multimillion-rand partnerships are with the Medical Research Council's Strategic Health Innovation Partnerships and the University of Cape Town's Drug Discovery and Development Centre. The Saving Lives at Birth: A Grand Challenge for Development program has submitted a fourth round of requests for applications. The challenge seeks to identify and develop transformative approaches that integrate new technologies, better service delivery models, and improved “demand side” innovations that empower pregnant women and their families. Bill and Melinda Gates dispel three myths that block progress for the poor in their 2014 annual letter. The co-founders of the Bill & Melinda Gates Foundation address why poor countries aren’t doomed to stay poor, why foreign aids isn’t a big waste, and that saving lives doesn’t lead to overpopulation.
PATH/Will Boase

Written by Nick Taylor / GHTC
Read time:
In this regular feature on Breakthroughs, we highlight some of the most interesting reads in global health research from the past week. GHTC member the International Vaccine Institute and the Institute for Translational Vaccinology have agree to collaborate on vaccine research and development and to promote capacity building in low- and middle-income countries. The partnership will focus on improving available technologies, as well as regulatory processes. The House and Senate Committees on Appropriations have released a fiscal year (FY) 2014 omnibus appropriations bill . Funding for global health programs at the US Agency for International Development saw some increases, while the National Institutes of Health remains woefully underfunded—even with an increase of $1 billion over last year’s post-sequestration levels. Results of an early-stage clinical trial show that stem cells taken from patients’ own bone marrow could be used to treat multidrug-resistant and extensively drug-resistant tuberculosis (TB). More tests will be required before this treatment option is validated as a possible alternative to current TB drugs. New research from Washington University in St. Louis School of Medicine has found that a form of malaria attacks red blood cells by “clamping down on cells with a pair of proteins.” This finding may aid scientists in the design of better vaccines and drugs against malaria.