What’s Ahead on the Hill: New bill would improve transparency of US foreign aid programs

Last week, a bipartisan group of legislators in both the House and Senate introduced the Foreign Aid Transparency and Accountability Act of 2013.

Last week, a bipartisan group of legislators in both the House and Senate introduced the Foreign Aid Transparency and Accountability Act of 2013. Sens. Marco Rubio (R-FL) and Ben Cardin (D-MD) and Reps. Ted Poe (R-TX) and Gerry Connolly (D-VA) introduced the companion bills. Rep. Poe is co-chair of the Congressional Caucus for Effective Foreign Assistance.

According to the Modernizing Foreign Assistance Network, the legislation puts in place guidelines on foreign aid that would apply to all relevant US federal agencies, along with metrics to measure progress. It would also require the president to maintain and expand the Foreign Assistance Dashboard, an online resource that allows users to examine, research, and track US government foreign assistance investments. Under the bill, the Dashboard would be broadened to include all US agencies that administer foreign aid programs. Currently, only five are represented: the State Department, the US Agency for International Development, the Millennium Challenge Corporation, the US Department of the Treasury, and the Department of Defense. 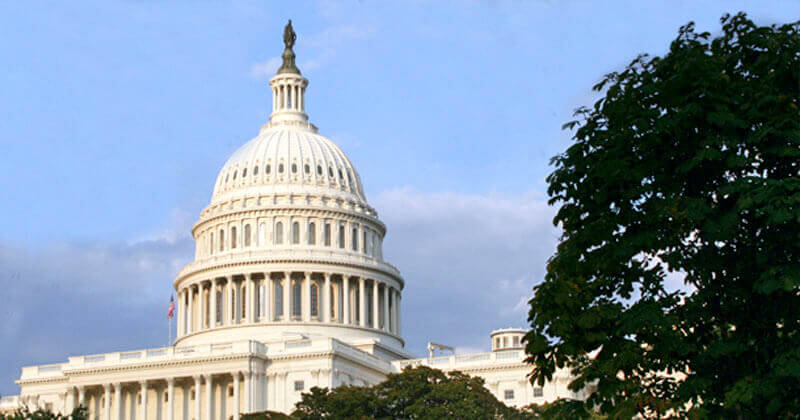 A previous version of the bill came very close to becoming law during the last congress—the bill passed the House unanimously, but was held up at the last moment in the Senate. Supporters are hopeful that this new legislation won’t face the hurdles of previous versions, and already there are signs the bill could pass this year. Leaders from the global health and international development community have expressed broad support for the bill and have called on Congress to move it through the legislative process quickly.

The reforms in the bill are welcome improvements in how the US government reports on its progress, as well as its challenges, with its foreign aid programs. As is the case with most global health research and development programs, hard data on how programs are funded, successes, and educational failures can be difficult to synthesize. Publicly available data that shows the effectiveness of the broad array of US foreign aid activities could boost support from US taxpayers and communities in target countries—ideally leading to a more adaptive, stronger foreign assistance platform.

Written by Kim Lufkin / GHTC
Read time:
In this regular feature on Breakthroughs, we highlight some of the most interesting reads in global health research from the past week. The House Appropriations Committee has released its fiscal year (FY) 2014 State and Foreign Operations Appropriations bill, which is under consideration today in subcommittee. The bill contains $1.4 billion for the US Agency for International Development—a reduction of $172 million from the FY2013 level. The World Health Organization has added three new drugs developed by GHTC member Drugs for Neglected Diseases initiative to its Essential Medicines List for Children. A new House bill would exempt US Food and Drug Administration (FDA) user fees from sequestration. The FDA's budget is heavily supported by user fees from the industries it regulates, and sequestration would cut about $85 million from the agency's budget in 2013 by hitting these fees. A new guide from the Council on Health Research for Development aims to provide low- and middle-income countries with greater control over research collaborations. The guidance covers issues such as intellectual property rights, ownership of data and samples, capacity building, technology transfer, compensation for indirect costs, and the legislative context of research contracts. The National Center for Advancing Translational Sciences recently awarded a total of $12.7 million to nine research projects aimed at discovering new uses for drugs that failed in previous clinical trials. The Sabin Vaccine Institute Product Development Partnership (Sabin PDP) announced the launch of a soil-transmitted helminth vaccine research program. The program will advance candidates for ascariasis (roundworm) and trichuriasis (whipworm) infections and incorporate them into existing hookworm and schistosomiasis under development by the Sabin PDP to create a vaccine against all four major human helminth infections.

Telling the untold story of tuberculosis

Written by Kari Stoever / Aeras
Read time:
In this guest post, Kari Stoever, vice president of External Affairs at Aeras, writes about a new film series that tells the story of the tuberculosis (TB) pandemic. TB kills 1.4 million people each year. Nearly 9 million people become sick with the disease annually. Controlling the global epidemic is anticipated to cost upwards of $24 billion through 2015 in low- and middle-income countries alone. If you’re like most people, this is where you start to tune out. While these numbers are staggering and should worry those of us who live in an interconnected world where contagious, airborne and deadly diseases thrive, most people remain unfazed by such statistics. We’re immune to the millions and billions. But by putting a face on these huge numbers—a story about a real person whom we can relate to—we can reach beyond the confusion and sterility of abstract statistics and motivate people to pay attention and act. Deborah Small, a Wharton marketing professor who has done groundbreaking research on how statistics can suppress giving, claims that it is far better to appeal to the heart than to the head. Feelings, not analytical thinking, drive donations. But how do we create a story that sticks and, hopefully, goes viral? In order for stories to grab a reader’s attention, they must be brief, relevant, and meaningful. They must have the element of surprise. And they must have enough power to make them worth repeating. Aeras produced a four-part film series called EXPOSED: The Race Against Tuberculosis. The series tells the stories of four different people whose lives have been affected by TB. Credit: Aeras. When I first joined Aeras, a global nonprofit biotech advancing TB vaccines, more than a year ago, I remember reading the comprehensive, high-quality report published by the World Health Organization on the status of the TB epidemic. Being a global health geek, I found the statistics astounding and frightening. I couldn’t imagine why so many people outside the global health space thought TB was a disease of the past or that we could be vaccinated and protected from it. These misconceptions inspired me and my team at Aeras to tell the untold story of TB. We decided to capture the stories of individuals who have been impacted by this disease and the front-line heroes working day in and day out to find better solutions to this increasingly challenging epidemic. With gifted filmmaker Mo Scarpelli, we produced a four-part film series called EXPOSED: The Race Against Tuberculosis. The series tells the stories of four different people whose lives have been affected by TB: A young American traveler who contracted multidrug-resistant TB while doing mission work in Africa. A physician in India who does his best to treat people with limited tools. A South African mother who enrolled in a clinical trial to help scientists someday find a vaccine to protect her children from TB. A researcher who dedicated 15 years of her life to finding a new, effective TB vaccine. With this film, we are trying to convey the urgent need for new TB vaccines. We’re doing it by showing how this epidemic is affecting people across all continents and all socioeconomic groups, from the patients and their families who must endure the disease and its onerous and outdated treatment, to the doctors and researchers who valiantly give their time and talent to alleviate the impact of this deadly epidemic. While scientists around the world are working to develop vaccines to protect our families, communities, and countries from this ancient scourge, we also need support from political leaders and the public. Our hope is that this film series educates, inspires, and motivates people to act—to galvanize organizations and governments across the world to make a greater investment in research and development for new vaccines, drugs, and diagnostics. As a global community, we should have righteous indignation that we have allowed this epidemic to come back with a vengeance. Without adequate protection through vaccination, we remain exposed. EXPOSED is a four-part series of short films that tells the story of the deadly global epidemic of TB. The series focuses on current efforts to halt this airborne disease, which is growing more difficult to address, as well as the urgent movement to develop new tools to prevent it. By telling the stories of four inspiring individuals, interspersed with expert commentary from some of the world’s top TB physicians, scientists, advocates, and policymakers, EXPOSED brings viewers to the forefront of the race against TB. We need your help to spread the word. Watch and share at www.aeras.org/exposed . For more information or to organize a screening, email film@aeras.org.