A vaccine candidate against Rift Valley Fever appears to be safe and effective for livestock and has the potential for use in humans.

A vaccine candidate against Rift Valley Fever appears to be safe and effective for livestock and has the potential for use in humans. Rift Valley Fever—which was recently identified by the World Health Organization (WHO) as a leading culprit for the next major pandemic—is often asymptomatic, or manifests with nonspecific symptoms that are easily confused with malaria. However, severe cases can involve vision impairment, brain swelling (encephalitis), hemorrhagic fever, or death. The disease is caused by a virus and transmitted to humans through mosquito bites or contact with infected animal tissue. While there is a veterinary vaccine against Rift Valley Fever used throughout Africa, it does not provide complete protection from the disease and can induce abortion. The vaccine uses a virus that causes cold-like symptoms in chimpanzees, an approach that is generally safe for humans. The candidate will next be tested in animal trials across East Africa, which will be followed by human clinical trials in the region. 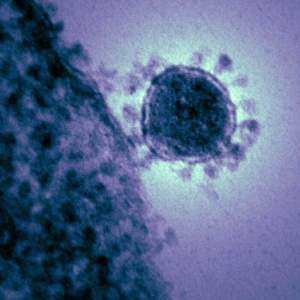 Last week, the Walter Reed Army Institute of Research (WRAIR) initiated the first-ever human clinical trials for a vaccine against the Middle East Respiratory Syndrome (MERS). The DNA-based vaccine was developed by Inovio Pharmaceuticals and GeneOne Life Sciences Inc., and the two companies are also partnering to develop vaccines against Ebola and Zika. MERS is endemic in the Middle East, however, an outbreak last spring in South Korea resulted in 186 cases and 36 deaths. The United States currently has 35,000 and 27,000 troops in the Middle East and South Korea, respectively, and as 40 percent of MERS cases are fatal, “low prevalence doesn’t mean low risk” according to Dr. Kayvon Modjarrad, associate director of the Emerging Infectious Disease Research Program at WRAIR. Meanwhile, a team of researchers at Erasmus Medical Center in Rotterdam is testing a MERS vaccine in camels in Saudi Arabia, where 12 percent of camels are infected at any time and camel-to-human transmission is a significant driver of new cases.

Inovio Pharmaceuticals and GeneOne Life Sciences Inc. are also conducting animal studies of their vaccine against Zika, and announced last week that the candidate successfully prompted an immune response in mice, including the development of antibodies against Zika. The partners will next test the candidate in primates and begin Phase 1 human clinical trials by the end of the year. However, vaccine candidates developed by Bharat Biotech in India and the US National Institutes of Health (NIH) are farthest along, according to the WHO. Bharat Biotech will launch animal studies within the next few weeks and the NIH plans to start human clinical trials of at least one of their two vaccine candidates by the end of this summer.

As more than 15 groups across government, industry, and academia have joined the hunt for a Zika vaccine, US Congressman Curt Clawson (R-FL) has introduced legislation to further incentivize Zika research and development (R&D), providing companies a 10 percent tax credit for any Zika vaccine R&D costs. The legislation was accompanied by two additional bills, the first of which would reauthorize a program—at US$200 million per year for five years—to support states with mosquito control and prevention. Clawson’s third piece of Zika-related legislation would allow supplemental funding for the Ebola response to be used for Zika, however, leaders at the NIH and US Centers for Disease Control have stated that the remaining Ebola funding has already been reprogrammed and that the agencies have had to take funding away from other programs to kickstart the Zika response.

Research Roundup: A vaginal ring to prevent HIV, antibodies against Ebola, and the US response...

Written by Kat Kelley / GHTC
Read time:
The dapivirine ring (Photo: International Partnership for Microbicides) GHTC member the International Partnership for Microbicides (IPM) announced last week the results of two phase 3 clinical trials demonstrating that a monthly vaginal ring filled with the antiretroviral drug dapivirine can reduce the risk of HIV infection in women. The dapivirine ring is the first long-acting HIV prevention method designed for women, and IPM plans to seek regulatory approval for the product. The trials, conducted by IPM and the Microbicide Trials Network (MTN), enrolled 1,959 and 2,629 HIV-negative women and reduced infection rates by 31 and 27 percent, respectively. Efficacy rates were affected by participant age and adherence: for women over 21—who reportedly used the ring more consistently—the dapivirine ring reduced HIV infections by 37 and 56 percent in the trials led by IPM and MTN, respectively. As IPM Founding Chief Executive Officer Dr. Zeda Rosenberg stated, “These findings give new hope to many women at high risk who need more and different options to effectively protect themselves from HIV.” Researchers at the Scripps Research Institute (TSRI) and the US Army Medical Research Institute of Infectious Diseases have discovered potent antibodies against Ebola that could play a critical role in the research and development (R&D) of Ebola vaccines and treatment. The team identified 300 different antibodies against Ebola in the blood of a survivor, using molecules developed by TSRI to hunt for antibodies. Seventy-seven percent of the antibodies were able to combat the virus in mice, providing protection rates ranging from 60 to 100 percent. The three strongest antibodies all targeted distinct vulnerable spots on a certain protein found on the virus’ surface. Anti-Ebola antibodies have been used before, including in ZMapp™, an experimental treatment deployed during the 2014 Ebola outbreak. However, the number of known, effective antibodies was previously limited. This research also revealed a weak spot on the base of the aforementioned Ebola surface protein. As the virus mutates, so do the surface proteins. However, the base of these proteins remains largely the same, and thus, a weak spot on the base of the protein could be a potential target for manifold strains of the virus. US President Barack Obama is calling on Congress to allocate an additional US$200 million for the President’s Malaria Initiative (PMI), a 30 percent increase that would bring the Initiative’s budget to US$874 million. The funding would enable PMI to expand into three new countries—Sierra Leone, Cote D’Ivoire, and Cameroon; eliminate malaria in Zambia and Cambodia; scale up the use of bed nets; and advance R&D for vaccines, drugs, diagnostics, and vector control methods. As resistance grows to both malaria treatments and insecticides, the need for R&D remains critical. Further, resistance to the leading antimalarial was first reported in Cambodia and the most virulent strains are found on the border between Cambodia and Thailand. Thus, eliminating malaria in Cambodia would impede the global spread of drug resistance. With this new funding, PMI would be able to reach an additional 70 million people, ultimately reaching 92 percent of those in malaria endemic regions.

Written by Tom Harmon / International AIDS Vaccine Initiative
Read time:
In this guest post Tom Harmon, senior policy analyst at the International AIDS Vaccine Initiative (IAVI), highlights a new analysis exploring the critical role of a vaccine in ending AIDS. Photo credit: IAVI When we talk about ending AIDS, what do we mean? The last dozen years have brought tremendous strides in reducing new HIV infections in low- and middle-income countries (LMICs), expanding lifesaving treatment to almost 16 million people living with HIV, and implementing programs to address the epidemic in populations at especially high risk, including women and girls. But we must continue to push for progress in treatment and prevention. The 2 million new infections in 2014 remain far too high, and almost 60 percent of people needing treatment are not getting it. So, when we talk about conclusively and durably ending AIDS and ensuring that it does not bounce back, our experience with other infectious diseases shows that a preventive vaccine will be necessary. The global effort to develop an AIDS vaccine has also recently experienced significant successes and steps forward. For example, we’ve never before seen such a diversity of approaches and partners, with follow-on trials based on the first candidate to show modest efficacy slated to begin later this year in South Africa, exciting new insights toward generating protective antibodies against HIV, and promising approaches toward inducing cellular immune responses that could control HIV infection. Still, there are more far-reaching questions we’re asked today by policymakers, advocates, communities, and even researchers themselves: What would the global response look like if an AIDS vaccine was available? How effective would it need to be? Would it be cost-effective and affordable? A new article, published in PLoS ONE aims to answer some of these crucial questions. The result of a collaboration between IAVI, Avenir Health, and AVAC that builds on work by UNAIDS, this model specifically explores a vaccine’s potential value in terms of preventing HIV infections in LMICs. We analyzed a vaccine’s potential impact depending on how well the world can achieve ambitious HIV and AIDS program objectives, how effectively it can prevent HIV infection, and how it can add to a response that also includes pre-exposure prophylaxis and treatment as prevention. We also looked at cost scenarios to see how a vaccine would stand up to cost-effectiveness criteria used by the World Health Organization to guide the introduction of new health technologies. Despite the potential for today’s tools to have a substantial impact on the epidemic, our results show that a vaccine is a critical piece to ending AIDS. Under our base scenario, a vaccine of 70 percent efficacy with strong uptake would reduce HIV infections in LMICs by 44 percent in its first 10 years and by 65 percent in 25 years, ultimately averting tens of millions of infections and saving millions of lives. Reduction of new annual HIV infections with PrEP, TasP and vaccination added individually and in combination to the Full Scale-up of IFE between 2015 and 2070. A vaccine would be impactful and cost-effective even at lower efficacy levels and costs far higher than many of today’s vaccines. Increasing a vaccine’s efficacy, ensuring it protects for a longer period of time, reducing the number of doses, lowering the cost of a dose, and more effectively rolling it out are all factors that would increase a vaccine’s impact and its value. Such a vaccine could cut the number of people needing treatment in half by the year 2070, and eventually reduce the total cost of fighting AIDS in LMICs even when the additional cost of implementing the vaccination program is included. While these data provide a powerful illustration of a vaccine’s potential value, we acknowledge and welcome discussions of its intrinsic limitations, which reflect the areas the AIDS vaccine field and future program implementers will need to tackle as we research, develop, and ultimately deliver a vaccine to the people who need it most. Such an analysis helps explore the parameters that determine the medical and economic impact and value of a future AIDS vaccine as part of the comprehensive HIV and AIDS response. This data can be a useful guide for research portfolio decisions as new candidates move closer to efficacy trials. In many ways these projections are as much a vaccine development and delivery “to-do list” as they are a crystal ball for what the future holds. A few weeks ago, the US Centers for Disease Control and Prevention organized a Grand Rounds presentation on how models are used to guide pandemic responses. This interesting panel was closed by Dr. Richard Hatchett, chief medical officer and deputy director for strategic sciences at the US Biomedical Advanced Research and Development Authority, who cited modeler Steven Bankes’ use of campfires as an analogy for predictive models, in that their value goes beyond their primary deliverable (be it light, heat, or data), as they just as importantly provide a “gathering place” for discussion between stakeholders. Our new model can perform just such a dual function, adding valuable context for a vaccine’s future role in ending the AIDS epidemic which has ravaged so many communities, while stimulating conversations and new questions on what we need to do in the real world to turn theory to impact.