Pharmaceutical company AbbVie is paying United Therapeutics US$350 million for its priority review voucher (PRV)—which expedites the US Food and Drug Administration’s (FDA) review of a product by four months—and EP Vantage speculates on their motive.

Pharmaceutical company AbbVie is paying United Therapeutics US$350 million for its priority review voucher (PRV)—which expedites the US Food and Drug Administration’s (FDA) review of a product by four months—and EP Vantage speculates on their motive. The FDA awards PRVs to pharmaceutical companies that receive FDA approval for drugs to treat neglected tropical diseases (NTDs) or rare pediatric diseases. The PRVs provide an incentive for companies to invest in research and development for these diseases. To date, six PRVs have been awarded—three each for NTD and rare pediatric disease treatments—and four have been sold. The PRVs have been sold at increasing prices, with the previous three purchased for $67, $125, and $245 million. While AbbVie has seven products currently in phase 3 clinical trials, EP Vantage argues that the PRV will likely be saved for use with filgotinib—a treatment for rheumatoid arthritis (RA)—which is currently in phase 2 trials and on track for a 2018 market introduction. For chronic conditions such as RA, patients are hesitant to switch medications, meaning an earlier launch can have an impact on sales for years. However, a number of new RA drugs are expected to reach the market before filgotinib: Eli Lilly's baricitinib could be launched as early as 2016, and as the US patent for AbbVie’s blockbuster RA drug Humira expires in late 2016, filgotinib could face competition from generic or biosimilar versions of Humira as well.

Researchers at the University of California, Santa Barbara (UCSB) are proposing a novel approach for identifying drug-resistant bacteria, challenging the standard method that has been used for more than 70 years. Normally, doctors collect biological samples from sick patients, and the sample is placed on petri dishes filled with a medium known as Müller-Hinton agar, on which nearly any bacteria in the sample will readily grow. They can test the bacteria’s drug-resistance by monitoring how it grows or subsides when exposed to different antibiotics. Patients are then prescribed an antibiotic that caused the bacteria to subside on the petri dish. However, the chosen antibiotic is sometimes unable to fight off the infection in the body, despite its demonstrated ability to combat it in the lab. In these cases, the bacteria can develop resistance to new drugs, making it even harder to treat. Led by Dr. Michael Mahan, the team at UCSB used a less common medium, LPM, which mirrors the conditions within human cell (i.e., it is much more acidic and is low in phosphate and magnesium) and discovered that bacteria may be more sensitive or more resistant to different antibiotic compounds in different settings. According to Mahan, the use of a medium such as LPM could enable doctors to more accurately predict how a patient will react to a certain antibiotic. Furthermore, their findings could lead to the identification of new antibiotic compounds. According to Mahan, there are “millions of chemical compounds that were excluded as antibiotics…but they were never tested since standard [Müller-Hinton agar] petri plates ruled them out.” 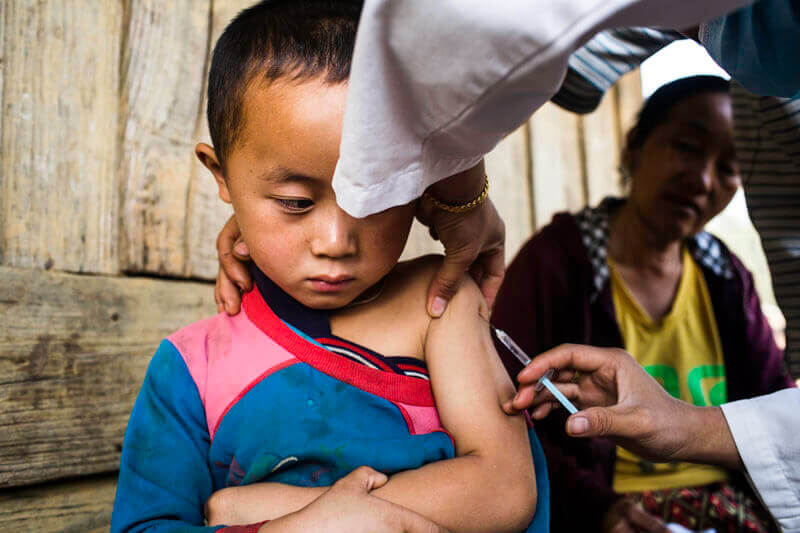 NBC News reports on three recently released studies that show progress toward the development of an oral flu vaccine and a universal flu vaccine. Biotech company Vaxart, Inc. recently completed early phase 1 clinical trials of an experimental oral flu vaccine, which proved to be both safe and effective. These results have prompted the production of antibodies that are “strongly associated with protection in humans” in three-fourths of participants, according to flu vaccine expert Dr. John Treanor. An injectable vaccine goes straight to the bloodstream and is rapidly detected by the immune system; however, Vaxart had to “come up with a different way of getting the flu gene into the intestines and have the immune system recognize the flu gene as foreign,” according to Vaxart Founder and Chief Scientific Officer Sean Tucker. Meanwhile, teams of researchers at the National Institute of Allergy and Infectious Diseases (NIAID) and Scripps Research Institute have been working on universal flu vaccine candidates. There are several different types of influenza strains that affect humans, including H1 and H3 strains of influenza A as well as influenza B strains. Seasonal flu vaccines protect against three to four strains, based on which are predicted to be most virulent that year, and they train the immune system to detect and attack the virus’ hemagglutinin protein, which is uniquely shaped for each strain. Both NIAID’s and Scripps’ universal flu vaccine candidates use the stem of hemagglutinin, which looks the same for, and should grant protection against, all H1 and H5 (avian influenza) strains. Both candidates have proved safe and effective in mice.

Pipeline report points toward nascent progress in the fight against tuberculosis

Research Roundup: a rapid diagnostic for three hemorrhagic fevers, a MERS vaccine to be tested...

Written by Kat Kelley / GHTC
Read time:
A new paper-based diagnostic can test for Ebola, dengue, and yellow fever in just ten minutes without running water, electricity, lab equipment, or highly-trained personnel. “We purposely designed it to be very simple not only to assemble but also to use and to read out,” says lead developer Dr. Kimberly Hamad-Schifferli, a Massachusetts Institutes of Technology professor. Initial symptoms for these three hemorrhagic fevers are nonspecific, making them hard to diagnose, and existing diagnostic methods—while more accurate—are impractical for low-resource settings. This paper-based diagnostic currently costs US$20, although Hamad-Schifferli believes it could be manufactured for even less. The test uses red, orange, and green nanoparticles to test for Ebola, yellow fever, and dengue respectively, and just by identifying the colors that appear on the strip, a diagnosis can be made. Photo: PATH/Gabe Bienczycki An experimental vaccine against Middle East Respiratory Syndrome (MERS) will be tested on humans later this year in clinical trials run by Inovio Pharmaceuticals and GeneOne Life Science. The vaccine, which was developed by researchers at the University of Pennsylvania in partnership with Inovio, the US and Canadian governments, and the Universities of Washington and South Florida, will be the first against MERS to advance to human clinical trials. The team took a novel approach to developing the vaccine, using an artificially engineered DNA sequence, rather than material from the MERS virus itself. The DNA prompts the recipient’s immune system to produce a protein that is unique to the MERS virus, which in turn triggers the production of protective proteins—known as antibodies—that detect that unique MERS protein and attack it. The vaccine successfully induced the production of these protective proteins in mice, monkeys, and camels, and as it does not contain any live viral material; it’s anticipated to be safer than traditional vaccines. Gilead Sciences Inc., a California-based biotechnology company, is aiming to cure HIV and AIDS and hepatitis B and one candidate—GS-9620—has shown promise in combatting both infections in animal studies. “Gilead is the leader in HIV,” according to Andrew Cheng, executive vice president of Clinical Research and Development Operations at Gilead Sciences, and he’s got a point: 80 percent of new HIV and AIDS patients start treatment using a Gilead product. Their expertise in antivirals expands beyond HIV and AIDS; the company has doubled its sales over the past two years, due to the market introduction of Sovaldi and Harvoni—drugs that cure Hepatitis C in 90 percent of patients. Existing treatments for HIV and AIDS prevent active, HIV-infected cells from reproducing, however, inactive cells are able to escape detection, effectively hiding from the immune system. GS-9620 is one of several drug candidates that uses a method known as “shock and kill” to wake the latent, infected cells, enabling the immune system to identify and attack them. The treatment successfully triggered viral activity in monkeys and is now being tested in humans. The treatment has also been tested in woodchucks infected with Hepatitis B, and within a month, the virus was completely undetectable. Researchers at the University of Pennsylvania and the University of Ulm in Germany have discovered a molecule that attacks both HIV-infected cells and a protein in semen that enhances the infectivity of the HIV virus. The molecule—CLR01—latches onto viral membranes, known as viral envelopes, but passes over cell membranes. This suggests that the molecule is unlikely to have any major side effects and that it might be successful in combatting other sexually transmitted viruses. The tweezer-shaped molecule also targets and suppresses molecules in the semen that attach to the HIV virus and help it bind to human immune cells, ultimately making the virus 10,000 times more virulent. CLR01 has been successfully tested in zebrafish and mice and will next be tested for safety in efficacy in nonhuman primates. According to the researchers, mass producing CLR01 is relatively simple, making it a microbicide candidate.