Researchers at Tulane University successfully tested an experimental aerosol tuberculosis (TB) vaccine in monkeys, demonstrating that the candidate was more effective in protecting against infection than BCG—the only TB vaccine on the market. 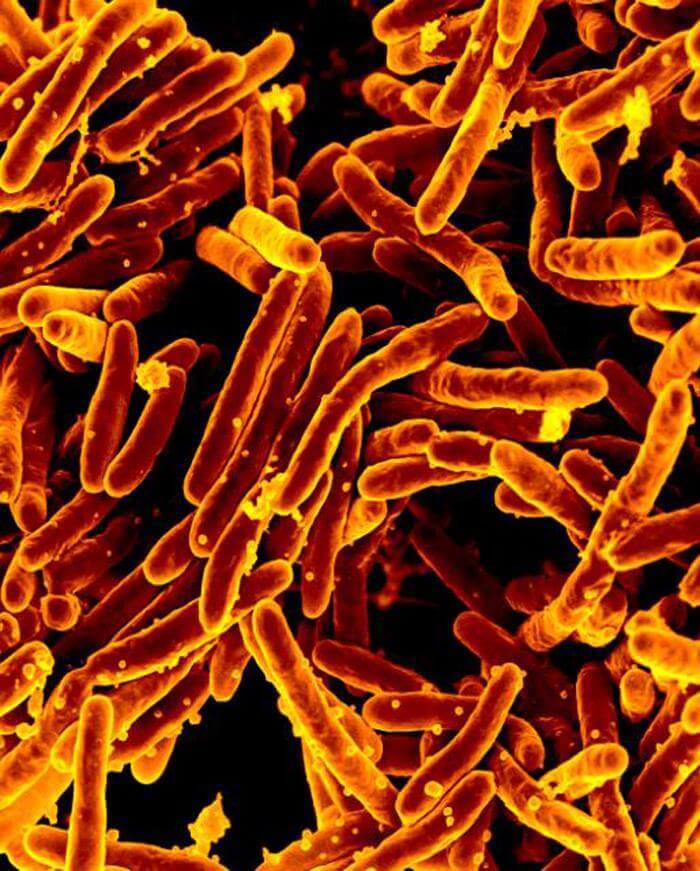 Researchers at Tulane University successfully tested an experimental aerosol tuberculosis (TB) vaccine in monkeys, demonstrating that the candidate was more effective in protecting against infection than BCG—the only TB vaccine on the market. To create the vaccine, the researchers genetically modified the TB bacterium, removing a gene that plays a key role in infection. The vaccine was then administered to seven monkeys, while another seven each received either an aerosol version of BCG or no vaccine. After eight weeks, the monkeys were exposed to TB at a lethal level. The experimental vaccine not only was more protective than BCG, but it also induced a stronger immune response in the lungs, which is thought to be key to preventing infection.

A new formulation and coating for existing HIV and AIDS medicines could significantly decrease the frequency with which the drugs must be taken. Researchers at the University of Nebraska Medical Center used a process called nanoformulation, which involves modifying drugs at the most basic level (i.e., atomic or molecular level) in order to convert them into nanoparticle crystals. In this experiment, the antiretroviral medicine crystals were coated with fat and protein, allowing them to last much longer in the body. In the lab, the drug proved to be effective in combatting HIV and AIDS. The team hopes its findings could eventually lead to the development of an HIV and AIDS treatment that could be administered once or twice per year, rather than daily.

Resistance to the leading antimalarial—artemisinin—was first reported in Cambodia in 2008, and a new study in Nature Communications suggests that the drug-resistant parasite has the ability to infect African mosquito species. A team of researchers at the US National Institute of Allergy and Infectious Disease infected two Asian and one African mosquito species with the drug-resistant malaria parasite, and all three species proved to be susceptible. Furthermore, the African species were no less vulnerable to infection, which came as quite a surprise as the species have evolved independently for more than 30 million years.

Health officials from the United States and Saudi Arabia are considering a collaboration for the development of a vaccine against Middle East Respiratory Syndrome (MERS), which has infected more than 1,500 people across 27 countries. There are currently a number of MERS vaccines in development and several have yielded promising results in animal studies. The Saudi Ministry of Health has US$70 million available for the project; however, the proposed role of the US government remains unknown.

Germany announces second PDP funding round: What’s different and how does it impact global health...

Written by Marissa Chmiola / GHTC
Read time:
Maximilian Geigenmueller, advocacy officer at the Berlin office of DSW, answers questions about the German PDP funding call. Earlier this month, Germany’s Federal Ministry of Education and Research (BMBF) the renewal of the German funding program for product development partnerships (PDPs) conducting research and development (R&D) for health technologies to combat poverty-related and neglected diseases (PRNDs). The call for proposals for €50 million over five years (2016–2021) is expected to be published shortly. GHTC Breakthroughs blog is joined by Maximilian Geigenmueller, advocacy officer at the Berlin office of Deutsche Stiftung Weltbevoelkerung (DSW)—an international development organization that conducts global healthR&D advocacy—to learn more about this funding call and its importance in advancing R&D for lifesaving global health technologies. Q: Why is this funding call significant among efforts to advance global health R&D? A: This funding call is very significant in the sense that it ensures the continuation of German PDP funding. The first funding round was considered to be a pilot, and it was by no means a given that there would be a second one. Germany was late in joining the group of governments funding PDPs in 2011, when the United States and United Kingdom had already been funding the model for years. Germany also started out at a small scale—€20 million over four years. Over the duration of this time, it was gradually increased to over €26 million, which I think was an indication that the German government began to understand and increasingly appreciate the PDP model. This was further reinforced by an independent evaluation of the first funding round which was very positive. I think with this second call Germany has established itself as a PDP supporter in the medium and long term—albeit at a still rather modest funding level. Q: How does this second funding call differ from the first? A: First of all, there will be more money: €50 million over five years from 2016 to 2021, which is still not quite what we had hoped for but almost double the first funding round. Secondly, this call will be open for proposals not only on the 17 neglected tropical diseases (NTDs) and malaria, which were included in the first funding round, but also HIV and AIDS and tuberculosis (TB). Q: The announcement of this funding call occurred at the G7 Research Ministers conference which Germany chaired. How does this funding call reflect Germany’s broader global health priorities? And how does it align or differ with the priorities agreed upon at the G7 conference? Photo: PATH/Jennifer Fox A: I think the German government finally decided it was time to take on a leadership role in global health that appropriately reflects the country’s economic and financial standing in the world. I am sure the Ebola crisis—an outbreak of an infectious disease spreading at a breathtaking rate with no immediate treatment available and relatively close to home—had a lot to do with it. The prioritization of PRNDs/NTDs, antimicrobial resistance, and Ebola on the G7 agenda has given a lot of visibility to health issues in the international debate this year. For a while it looked like the G7 were leaving out the big three diseases of poverty—HIV and AIDS, malaria, and TB—and would only discuss NTDs, particularly as the G7 leaders’ summit communiqué only referred to NTDs. Fortunately, at the G7 Research Minister Conference in Berlin on October 8–9, the ministers of research included not only NTDs but also explicitly mentioned malaria, tuberculosis, HIV and AIDS, and several other infectious diseases. There are some interesting commitments in the communiqué, such as better coordination of research efforts. Germany’s Minister of Research Johanna Wanka has offered to host a brainstorming workshop on this in 2016. Also, the communiqué states the intent to develop a joint G7 pilot research activity for R&D projects to build research capacities in high PRND/NTD burden countries. Combined with the Japanese 2016 G7 presidency which is very likely to have health as one of its priorities as well, I think we have a good chance that health is going to stay at the center of the international agenda for a while. Q: As a global health R&D advocate, what excites and disappoints you about this funding call? A: I am excited about it being out and that there is significantly more budget available this time. It is of course not enough, not by a long shot, but maybe there will be some top-ups to the second funding round, as was the case in the first funding round when Germany started out with €20 million and ended up with €26 million. There is also the prospect of institutionalizing German PDP funding, moving away from providing limited funding for a number of years to making it a permanent feature in the German budget, but this is most likely only going to happen at the end of the second funding round. What was also really exciting was the process of ensuring this second funding round happened. I think all advocates—PDPs, nonprofits, philanthropic organizations, and others—did a great job in keeping global health R&D in the political debate. For example, during the summer the All Parliamentary Group on Population and Development of the German Bundestag wrote a letter to Chancellor Angela Merkel voicing their support for global health R&D and the PDP model, which was signed by 19 members of parliament (MP). I think nineteen MPs coming together from three out of the four parties in the Bundestag to sign a letter in support of a measure which represents only a minuscule share of the research ministry’s annual budget is fairly remarkable.
GHTC