New rapid diagnostics are urgently needed to prevent unnecessary use of antibiotics and curb the growing problem of antimicrobial resistance, according to a new report from the United Kingdom’s Review on Antimicrobial Resistance (AMR). 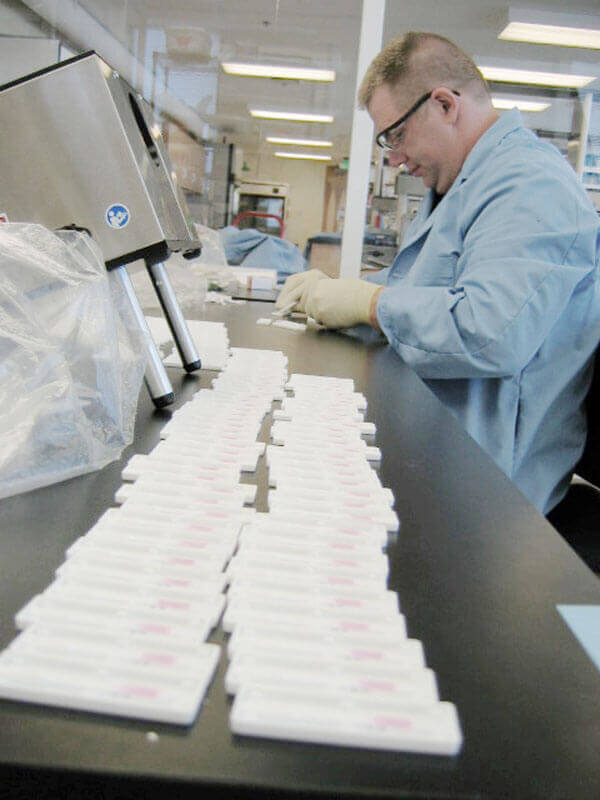 New rapid diagnostics are urgently needed to prevent unnecessary use of antibiotics and curb the growing problem of antimicrobial resistance, according to a new report from the United Kingdom’s Review on Antimicrobial Resistance (AMR).

The report calls for greater investment to develop and support adoption of quicker and more precise diagnostics tests.

The rise of drug-resistant bacteria poses a significant health threat to people around the world. Unnecessary use of antibiotics is helping drive this rise in resistance, but since the 1940s, there has been little improvement in the way bacterial infections are diagnosed.

Diagnostic tests are also time-consuming. It can take 36 or more hours to identify whether a person has an infection, so doctors often put sick patients on a treatment before a diagnosis can be confirmed. The scale of this problem can be quite dramatic: The report highlights one study on patients with respiratory problems which found that more than two-thirds of courses of antibiotics were likely to have been inappropriately prescribed for conditions other than infections or for infections caused by viruses, which aren’t responsive to antibiotics.

Rapid diagnostic tests—which will allow doctors to identify within minutes whether an infection is present—can prevent unnecessary prescription, and more refined tests—which enable doctors to identify the exact strain of the bacterial infection and the antibiotics to which it is resistant or susceptible—will enable doctors to more precisely prescribe narrow-spectrum antibiotics, which will help slow the development of resistance. 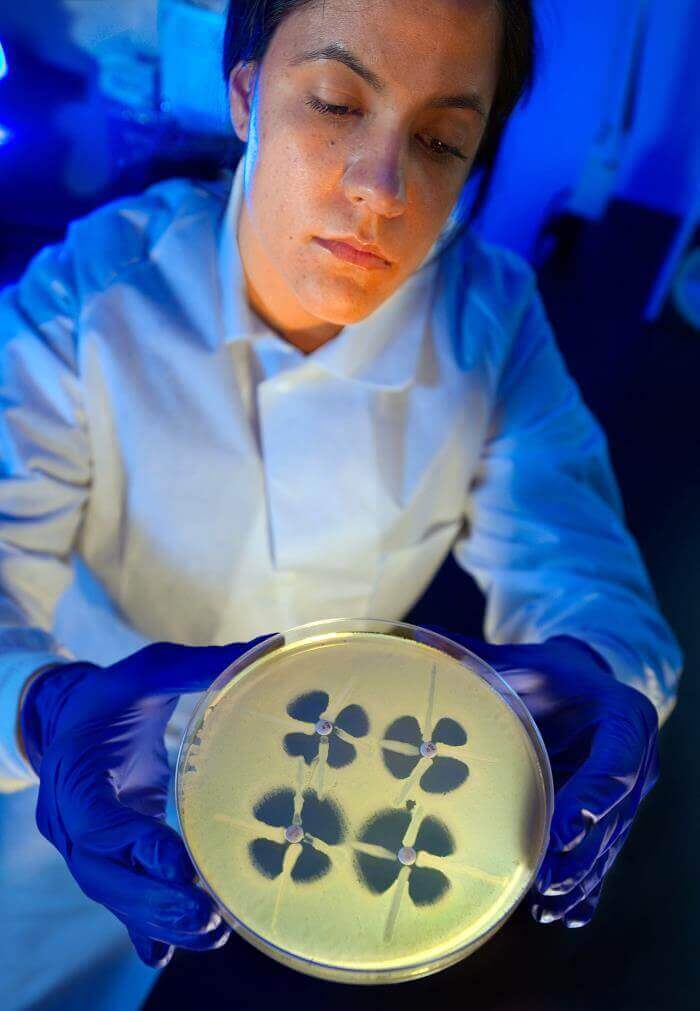 While new rapid diagnostics are urgently needed, the report points out that there is little commercial incentive for drug developers to invest in diagnostics, since their use would lead to decreases in the number of antibiotics purchased.

The report proposes the use of “Diagnostics Market Stimulus pots” that would provide a revenue stream for developers of products that meet a recognized area of need. These developers would receive “top-off” payments when products are purchased by healthcare providers, thus raising the commercial benefit of investing in diagnostic development to match the societal need for these products.

The report also calls for greater investment in early stage research, referring to its previous report which called for an AMR innovation fund of US$2 billion over five years to boost funding for such research.

“For far too long we haven't recognized the huge cost to society of increasing resistance when we use antibiotics that we don’t need—such as antibiotics for flu which have no effect except to increase the chances of superbugs developing," said Lord Jim O'Neill, chairman of the AMR review. "To avoid the tragedy of 10 million people dying every year by 2050, the world needs rapid diagnostics to improve our use of antibiotics. They are essential to get patients the right treatment, cut down on the huge amount of unnecessary use, and make our drugs last for longer."

To inform investment efforts in diagnostic research and development, the report includes a “wish list” of diagnostics that could be game changers in curbing antibiotic resistance.

Below are of few of those identified in the report:

Written by Kat Kelley / GHTC
Read time:
Photo: CDC/ Dr. Mae Melvin A recently released clinical report from the US Centers for Disease Control and Prevention details a case of a Colombian man who developed cancerous tumors on his lungs and liver that were comprised of tapeworm cells, rather than human cells. An estimated 75 million people are infected by Hymenolepis nana, the most common human tapeworm, however, this is the first reported case of cancer spreading across species to humans. The team suspects that the tapeworm vector did not have cancer, but rather that one of its eggs mutated within the patient’s gut into cancerous cells. International Partnership for Microbicides (IPM), a member of the GHTC, is conducting Phase I clinical trials of a novel HIV and AIDS prevention method known as DS003. The drug binds to a protein on the surface of the HIV virus, preventing it from entering human immune cells. The trial will involve three stages, during which nine women will receive the drug and three will receive a placebo, enrolling 36 volunteers in total. At each stage, the participants will receive increasingly higher doses, from 1 to 10 mg, assuming that the previous stage demonstrated the drug to be safe and tolerable. The drug will be tested as a vaginal tablet, and if successful, DS003 will likely be tested in vaginal rings and/or in combination with other antiretroviral drugs. The fastest and most accurate tuberculosis (TB) diagnostic test will soon be available as a portable and more affordable device, making it more accessible in low-resource settings. Cepheid Inc.’s GeneXpert was endorsed by the World Health Organization in 2010, and its use increases the accuracy of diagnosis by 39 percent, however, the machine costs US$17,000 and requires electricity, refrigeration, and access to a computer. The new GeneXpert Omni will be rolled out early next year at a fraction of the cost—$2,895 for the machine and $10 per cartridge. The Omni runs on a battery and connects to a smartphone, weighs just 2.2 pounds, and can diagnose drug-resistant TB along with 23 other diseases.
CDC/Prof Woodridge Foster, Prof. Frank H. Collins

Written by Kat Kelley / GHTC
Read time:
Photo: CDC/ Prof. Woodbridge Foster; Prof. Frank H. Collins Findings of a study presented at the American Society of Tropical Medicine and Hygiene Annual Meeting last week suggest that ivermectin—a drug long used to treat river blindness and elephantiasis—can combat malaria when used in mass drug administration programs. The study, which was conducted by researchers from Colorado State University and the Institut de Recherche en Sciences de la Santé, found that mass distribution of ivermectin (six times, in three week intervals) resulted in a 16 percent decrease in incidence of childhood malaria. Ivermectin isn’t toxic to the malaria parasite; rather, it weakens the mosquito vector, serving as a form of vector control. After a mosquito becomes infected with malaria, it can take up to two weeks before it is able to transmit the parasite to humans. With ivermectin present in the human population, multiple humans might transmit ivermectin to the mosquito before it is able to spread the malaria parasite to even one human. The study was conducted in the West African nation of Burkina Faso, and the leading malaria parasite and mosquito vectors vary between sub-Saharan Africa and Southeast Asia. However, researchers at the US Walter Reed Army Institute of Research have recently determined that ivermectin can inhibit the development of the malaria parasite and kill the mosquito vector endemic to Southeast Asia. Researchers at the University of Malaya in Kuala Lumpur, Malaysia, have developed LED street lights that are environmentally friendly and a public health tool. The street lights are powered by wind and solar energy, and serve a dual purpose of trapping mosquitos to combat dengue fever and other infectious, mosquito-borne diseases. The lamps release carbon dioxide, to which mosquitos are attracted, and use a fan to trap the mosquitos. The lamps are currently being piloted in Malaysia at two different sites. Professors at Duke University have designed a colposcope, a cervical cancer diagnostic tool, to be used in low-resource settings, and will soon begin testing the device in a pilot study in Peru. Existing colposcopes are large and include equipment to magnify and illuminate the cervix (see Image 1), whereas this device, the Point of Care Tampon (POCKeT), includes a camera that provides images of comparable quality. The POCKeT is small (see Image 2), connects to a smartphone or tablet, requires less training, and is expected to be more culturally appropriate than a traditional colposcope. The testing of the POCKeT will be supported by a US$3.7 million grant from the US National Institutes of Health. A recent report from the Review on Antimicrobial Resistance, commissioned by United Kingdom Prime Minister David Cameron to address the growing threat of drug-resistant infections, calls for the research and development of rapid, point-of-care diagnostics to reduce the overuse of antibiotics. Such diagnostics would allow health care workers to pinpoint the cause of an illness and treat it accordingly, rather than prescribe a broad-spectrum antibiotic without confirmation that the cause is bacterial and/or that the pathogen will be susceptible to the drug. The Review notes that drug companies, which benefit from antibiotic sales, have little incentive to invest in diagnostics that could limit those sales. The report includes a diagnostic 'wish list,' which identifies 12 potentially "game-changing" tools, including an at-home test to determine if an illness is an infection at all or to distinguish between bacterial and viral infections.