“You’re in a position to make such a difference and to be innovative with your thinking,” Margaret McCluskey, senior technical advisor at the US Agency for International Development (USAID), said to an audience of Congressional staffers at a briefing yesterday on Capitol Hill.

“You’re in a position to make such a difference and to be innovative with your thinking,” Margaret McCluskey, senior technical advisor at the US Agency for International Development (USAID), said to an audience of Congressional staffers at a briefing yesterday on Capitol Hill. The briefing, co-hosted by GHTC and PATH, focused on the critical role USAID plays in supporting lifesaving global health research and development (R&D) for new health tools. Panelists also stressed the need for policymakers in Congress and across the US government to support the development of new and innovative health products.

All of the panelists at yesterday’s briefing called on the US government to continue its strong investment in global health research. Rep. Albio Sires (D-NJ)—lead co-sponsor of the 21st Century Global Health Technology Act, a bill that would strengthen health R&D and product development at USAID—spoke at the briefing and reiterated this important message. “New vaccines, drugs, and tests are desperately needed, but progress cannot be sustained without R&D,” he said, adding that the United States has a legacy of supporting global health R&D and that health R&D is a smart economic investment. 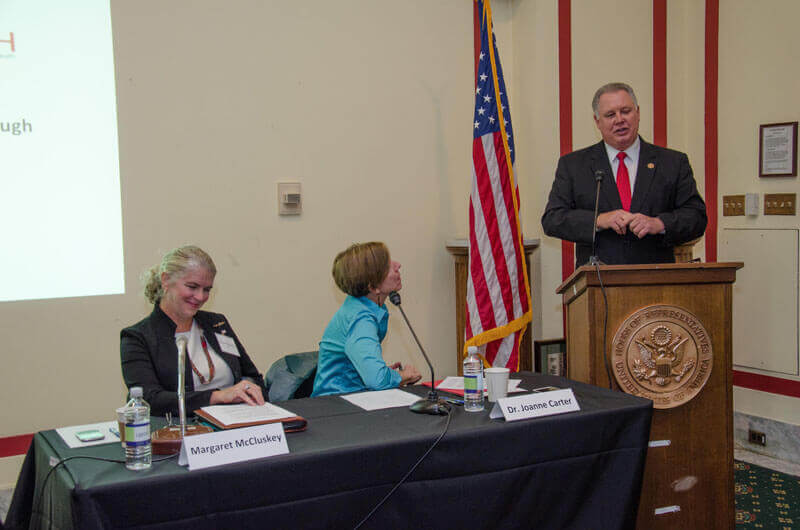 Much progress in global health R&D has been made over the years, and USAID has unquestionably supported many of today’s success stories—including new tools for malaria, HIV and AIDS, child health, family planning, and reproductive health. Several panelists stressed that product development for global health tools doesn’t happen overnight, and that USAID’s sustained commitment to research has been a crucial element of these health R&D success stories. Dr. Zeda Rosenberg, CEO of the International Partnership for Microbicides, stressed that R&D can take many years, and thanked USAID for its support for mircobicide research—as well as for providing dedicated resources and long-term investments in global health product development.

Panelists also emphasized that despite this progress, there is still a need for sustained investment in R&D today to ensure that there are appropriate tools for diseases of poverty tomorrow. Rosenberg warned that complacency with today’s current tools is the wrong mindset, saying, “As soon as you think you’ve got [a health issue] under control, you’ve lost.” Kari Stoever, vice president of external affairs at Aeras, noted that investing now in tuberculosis (TB) vaccine research will save billions of dollars in future spending for TB treatment programs in low- and middle-income countries, which currently costs $8-10 billion per year. She added, “Without an effective vaccine, many lives are at risk.” USAID does not currently fund TB vaccine R&D.

Additionally, USAID’s partnerships with the private and nongovernmental sectors have been key to its success in developing effective public health tools. One particularly effective partnership is USAID’s support for nonprofit product developers (NPPDs). These organizations combine the resources of governments, the experience of the private sector, and the know-how of nonprofit groups. PATH is one such NPPD that, with USAID support, partnered with Becton, Dickenson and Company (BD) to develop the SoloShot™ syringe and Uniject™ system. Both devices are designed specifically for use in low- and middle-income countries. “Though BD is a for-profit company, we share a common goal of providing access to important devices where they are needed most,” said Renuka Gadde, vice president of Global Health at BD. She added at none of these successes would have happened without government agencies like USAID looking at complex global health problems and spurring various sectors to become involved through programs like the Saving Lives at Birth Grand Challenge. 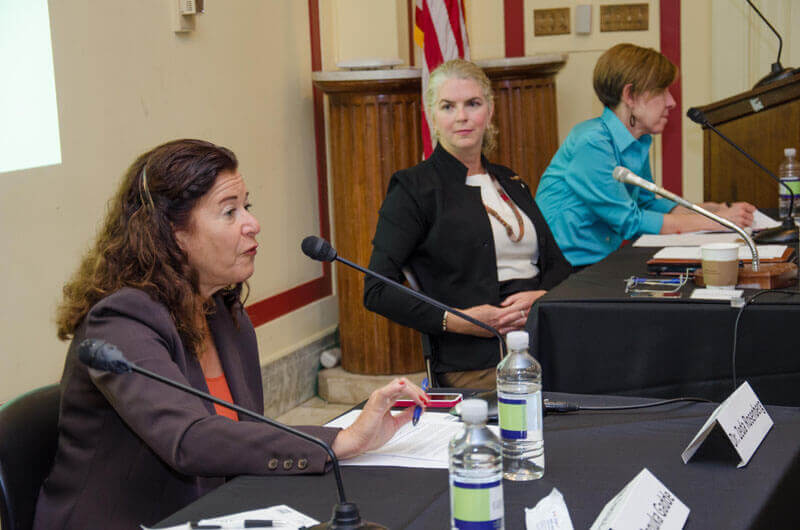 Dr. Zeda Rosenberg, CEO of the International Partnership for Microbicides, stressed that R&D can take many years, and thanked USAID for its continuous support. Photo credit: Aeras/Liz Roll

While USAID is a key player in global health R&D, coordination between the other US agencies involved in this work—such as the Centers for Disease Control and Prevention, the Department of Defense, the US Food and Drug Administration, and the National Institutes of Health (NIH)—is crucial. The 21st Century Global Health Technology Act requests that USAID work to align its health-related research strategy with similar strategies at other agencies, with the goal of creating a whole-of government approach to global health R&D. Greater coordination among US agencies can held lead to more efficient health R&D—for example, Rosenberg noted at the briefing that both USAID and NIH are supporting the organization’s microbicide clinical trials.

We are at a critical juncture in much of the global health R&D currently underway, and USAID will be instrumental in ensuring these technologies come to fruition. As McCluskey said at the end of the briefing, “Don’t be business as usual with infectious diseases.” Dr. Joanne Carter—executive director of RESULTS/RESULTS Educational Fund and moderator of the briefing—summed it up nicely: “Investments in R&D are what’s needed to take us to the next level in global health.”

Written by Kim Lufkin / GHTC
Read time:
In this regular feature on Breakthroughs, we highlight some of the most interesting reads in global health research from the past week. The GHTC this week released a new fact sheet on the US Agency for International Development and its longstanding support for global health product development. Despite the recent federal budget deal that re-opened the government, the “worst may not be over for US researchers,” Nature reports. Researchers “face the possibility of another government shutdown in mid-January, when the deeply divided US Congress must agree on a new plan to fund government operations.” For the first time, an oral cholera vaccine has shown sustained protection for five years against the disease. GHTC member Aeras has released its 2012 annual report, which highlights progress made toward developing safe and effective vaccines against tuberculosis. A new study in The Lancet Global Health provides an in-depth assessment of the drug and vaccine landscape for neglected diseases between 2000 and 2011. Health ministers of countries represented in the Organization of the Islamic Conference (OIC) have agreed to appoint Indonesia as the “center of excellence” in developing vaccines that would be supplied to OIC member states. A new Q&A with Renate Baehr—executive director of the German organization Deutsche Stiftung Weltbevoelkerung—highlights the importance of public-private partnerships for global health.
PATH/Gabe Bienczycki

Written by Kim Lufkin / GHTC
Read time:
In this regular feature on Breakthroughs, we highlight some of the most interesting reads in global health research from the past week. Now that the federal government shutdown has ended, scientists nationwide are returning to work. The National Institutes of Health (NIH) and the National Science Foundation can resume processing grant applications that have been piling up during the 16-day shutdown and accepting new applications. Additionally, biomedical scientists will be able to enroll patients in trials and studies at NIH’s clinical research center. The European Medicines Agency recently launched an updated version of its European Clinical Trials Database, which will feed into the agency’s goal of making summaries of clinical trial data publically available. Increased access to clinical trial data could benefit research to develop drugs, vaccines, diagnostics, and other health tools—including those for diseases endemic in low- and middle-income countries. A new study published in The Lancet Infectious Diseases shows that, for the first time, an oral cholera vaccine provides sustained protection against the disease in humans for up to five years. During the government shutdown, the US Food and Drug Administration reported significant delays in reviews and approvals for new drugs and medical products. A new opinion piece examines efforts to develop a safe and effective HIV and AIDS vaccine following the recent AIDS Vaccine 2013 conference in Spain.