Last week, the National Center for Advancing Translational Sciences (NCATS) at the National Institutes of Health (NIH) announced a key benchmark for the program—the formation of its new Advisory Council, which will meet for the first time later this month.

Last week, the National Center for Advancing Translational Sciences (NCATS) at the National Institutes of Health (NIH) announced a key benchmark for the program—the formation of its new Advisory Council, which will meet for the first time later this month.

Since NCATS was created, the GHTC has been particularly interested in tracking its progress in taking up initiatives that could accelerate the development of new drugs for global health. As the largest funder of global health research and development in the world, the NIH must ensure that its initiatives and programs like NCATS continue to support the creation of much-needed new tools like vaccines, drugs, and diagnostics.

We’ve been waiting for NCATS to announce its Advisory Council members, in the hopes that scientific experts with a background in global health would provide much-needed guidance to the center’s director—as well as NIH Director Francis Collins and Health and Human Services Secretary Kathleen Sebelius—on NCATS policies, initiatives, and programs. It comes as a disappointment, therefore, to learn that no global health experts are serving on the NCATS Advisory Council during this initial four-year term. Much like new initiatives coming out of NCATS, the center’s new council seems to focus primarily on diseases that affect US populations. 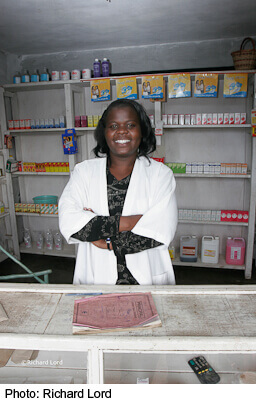 NCATS should do more to speed the development of drugs for global health.

There’s no question that rare and other diseases in the US deserve support from NCATS. But so do neglected diseases that affect people around the world. And as Peter Hotez from the Sabin Vaccine Institute recently pointed out, neglected tropical diseases, traditionally “confined” to developing countries, are becoming the new diseases of poverty in the US. With support from NCATS and other US government programs, researchers should receive much-needed funding to create new tools to fight neglected diseases that have long impacted people overseas and are now appearing domestically.

It was encouraging to see that the new Review Board at the Cures Acceleration Network, an NCATS program, includes two global health experts. We hope that NCATS and its Advisory Council follow suit and start prioritizing research for global health.

Written by Nick Taylor / GHTC
Read time:
In this regular feature on Breakthroughs, we highlight some of the most interesting reads in global health research from the past week. Bill Gates writes about global health innovation and how the private and public sectors can come together to create life-saving products for the world’s most impoverished. The Science Speaks blog compares the stances of presidential candidates Barack Obama and Mitt Romney on global health and other foreign aid spending. Last week, for the first-time-ever the world recognized Global Female Condom Day in the hopes of increasing recognition of a prevention technology that is too often overlooked. The White House Office of Management and Budget released a report on the potential impact of sequestration on federal agencies. Research and development programs at the Department of Defense could see a 9.4 percent cut in funding, while research and development programs within the Department of Health and Human Services, the State Department, and the US Agency for International Development could receive a 8.2 percent cut.
PATH/Wendy Stone

Written by Kim Lufkin / GHTC
Read time:
In this regular feature on Breakthroughs, we highlight some of the most interesting reads in global health research from the past week. Christopher Austin has been named the new director of the National Center for Advancing Translational Sciences at the National Institutes of Health. A new analysis compares the innovation and science policies of presidential candidates Barack Obama (D) and Mitt Romney (R). A bill signed into law earlier this year that provided the US Food and Drug Administration (FDA) with funding is at risk due to federal budget negotiations. An opinion piece calls on US policymakers to “get serious” about funding scientific and research efforts. A breakthrough tool to combat tuberculosis has been launchedby the Critical Path Institute and the Clinical Data Interchange Standards Consortium (CDISC). The project was the result of collaboration between the Critical Path Institute, CDISC, the FDA, and others through the Critical Path to TB Drug Regimens. Researchers met this week in Boston for the AIDS Vaccine 2012 conference to discuss the latest in efforts to develop a vaccine against the disease.