Close on the heels of the announcement that Australia is newly investing in global health product development, the United Kingdom last week also revealed that it’s bumping up its longstanding support in this area.

Close on the heels of the announcement that Australia is newly investing in global health product development, the United Kingdom last week also revealed that it’s bumping up its longstanding support in this area. The UK’s Department for International Development (DFID) announced it is investing £138 million—or approximately $215 million—over the next five years into nine product development partnerships (PDPs) to support the development of new drugs, vaccines, insecticides, diagnostic tools, and microbicides.

DFID has a long and established history of supporting health research and development (R&D), so this new round of funding is a welcome and much-needed continuation of the department’s recognition that new products are critical components of improving health worldwide. “As a donor, DFID has been a pioneer in supporting both PDPs and global health R&D, and has invested heavily in both for nearly two decades,” said James Snodgrass, senior consultant at Baird's CMC, a global health consulting firm. “DFID really does believe that new technologies can make a critical difference to people's health in poor countries.” 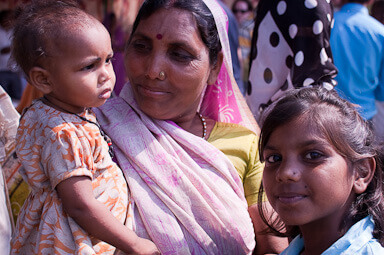 DFID is investing approximately $215 million over the next five years into nine PDPs to support the development of new drugs, vaccines, insecticides, diagnostic tools, and microbicides. Credit: PATH

This new support from DFID is significant for another key reason. In the wake of the global economic crisis, many donor governments are examining and inspecting their investments across-the-board even more closely. UK “government ministers are minutely scrutinizing every detail of grants this size,” Snodgrass said, adding, “People know this in the global health community, which is why the announcement of DFID's funding is such a vote of confidence in the current [PDP] model.”

It’s promising to get this vote of confidence from DFID now, as many UK political parties are gearing up to release their platforms ahead of the next elections. The outcome could have significant ramifications for the country’s role in global health and medical research. Snodgrass points out that while global health R&D is not one of the top concerns of ordinary UK voters, it is a “big concern” for some senior academics, nongovernmental organizations, and Members of Parliament. He adds that “polls currently suggest that the left-wing Labour party might get sufficient votes to gain power at the next elections, and they are likely to continue to be supportive of the R&D agenda.”

It’s incredibly encouraging to see that the United Kingdom is boosting its long-standing support for PDPs and that new donors like Australia are starting to enter the field. These funding announcements are even more significant in light of the fact that donors are increasingly putting their investments under a microscope, meaning that PDPs are continuing to demonstrate their ability to advance new, more effective public health tools. As Snodgrass put it, “these grants are welcome support for the need for continuing investment in global health R&D. Globally, such funding may be flat-lining, but it is not yet declining. That is a triumph in the current economic climate.”

Written by Kim Lufkin / GHTC
Read time:
In this regular feature on Breakthroughs, we highlight some of the most interesting reads in global health research from the past week. Building on a 2009 trial that demonstrated a preventive HIV vaccine is possible, researchers in Thailand are moving forward with another phase of an HIV vaccine study. The American Society for Biochemistry and Molecular Biology has released a survey that found 96 percent of scientists say that research budgets are not growing fast enough to keep up with scientific opportunities. Pharmaceutical company Sanofi Pasteur announced that the World Health Organization has prequalified Menomune®, its vaccine to prevent invasive meningococcal disease. A new opinion piece argues that there has been “measurable progress” made in “developing a safe, effective microbicide,” which is a “tribute to the tenacity of advocates and scientists alike.” In the lead up to the United Nations General Assembly later this month, a new online debate asks some of the world's leading experts about changes needed to achieve the health-related Millennium Development Goals by the deadline.

What comes to mind when you think of drug development?

Written by Kim Lufkin / GHTC
Read time:
Ever feel like you can’t see the forest for the trees? In everyday life, it’s easy to get bogged down in details. This can be especially true in a field like drug development where it can take ten years (under the best circumstances) or more to see your work come to fruition. In this guest post, PATH’s Drug Development program asked its staff to reflect on the question, “What comes to mind when you think of drug development?” A few of their responses appear below. This is the third and final post in a three-part series on drug development. You can read part 1 here, and part 2 here. Want to join the conversation? We’d love to hear your thoughts on drug development! Leave your feedback in the comments below or tweet us @GHTCoalition or @OneWorldHealth using #DrugDev101.