On Tuesday, the Trump Administration released its full fiscal year 2018 budget proposal. This budget proposes significant cuts to programs that support global health and medical research at the National Institutes of Health, Centers for Disease Control and Prevention, and the US Agency for International Development.

On Tuesday, the Trump Administration released its full fiscal year 2018 (FY18) budget proposal, “A New Foundation for American Greatness.” As foretold by the “skinny budget” proposal released in March, this budget proposes dramatic increases in defense spending and border security, offset by cuts to discretionary spending—including significant cuts to programs that support global health and medical research at the National Institutes of Health (NIH), Centers for Disease Control and Prevention (CDC), and the US Agency for International Development (USAID).

At a high-level, President Trump proposed roughly a 25 percent cut to global health programs at the State Department and USAID, when compared to final fiscal year 2017 (FY17) funding levels. Looking just at USAID global health programs, funding levels were reduced over 50 percent from FY17 levels, from US$3.05 billion to $1.5 billion. The Administration also used the budget proposal to advance goals of streamlining USAID and State Department operations to find cost savings and efficiencies. 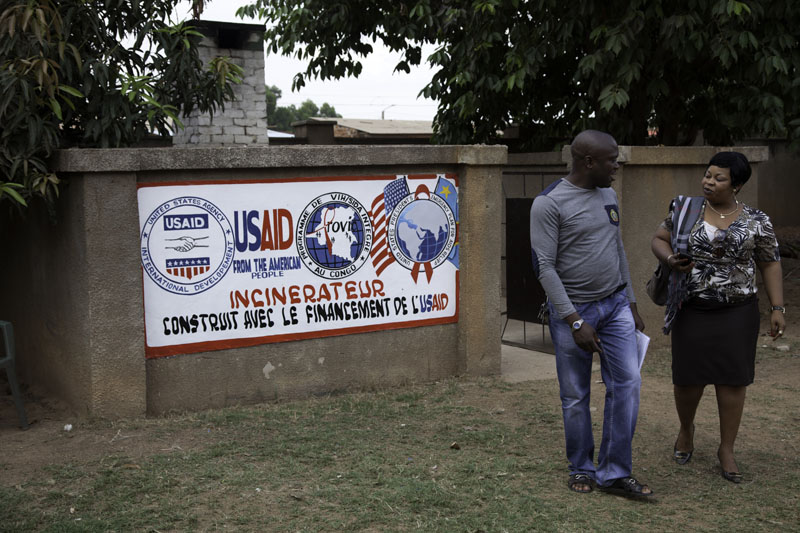 Biomedical research also saw significant cuts, with a proposed $7 billion or 21 percent cut to NIH. Of particular importance to global health R&D, the Administration proposed a $1.1 billion cut to the National Institute for Allergy and Infectious Diseases—which leads research in infectious diseases like HIV and AIDS, Ebola, and Zika—and elimination of the $70 million Fogarty International Center, which builds partnerships and trains researchers around the world. Instead, the Administration allocated $25 million to the Office of the NIH Director to coordinate global health research.

At the CDC—our lead agency for preventing, detecting, and responding to public health threats at home and abroad—overall budgets were cut by $1.3 billion, over 15 percent. This included a $70 million cut to CDC’s National Center for Emerging and Zoonotic Infectious Diseases and an $85 million cut to the Center for Global Health.

What happens next for global health R&D?

These broad and wide-ranging cuts proposed for global health and medical research programs are deeply concerning, and threaten to reverse gains achieved through our landmark global health programs, stall progress in promising research, and ultimately jeopardize lives at home and abroad. They also are in stark contrast to stated goals of the Trump Administration to honor our commitments to global health, bolster global health security, and support high-priority biomedical science.

Fortunately, Congress has ultimate control over government spending, and leadership on both sides of the aisle has asserted that dramatic cuts to foreign aid, global health, and medical research will not pass muster. As FY18 negotiations continue in Congress, GHTC will continue to stress the importance of global health R&D programs across the US government and highlight the critical role US-supported research plays in saving lives at home and around the world.

Research Roundup: Underestimating Zika & Chagas and hopes for the Ebola vaccine in the DRC

Written by Taylor Capizola / GHTC
Read time:
In this regular feature on Breakthroughs, we highlight some of the most interesting reads in global health research from the past week. A recent Congressional hearing on Zika has revealed that there is a lack of consensus regarding the diagnosis and treatment of the virus. Furthermore, only approximately 25 percent of babies born from women who have been exposed to Zika receive the necessary follow-up to evaluate their children for developmental defects. Such follow-up is critical—Zika can cause defects in the infant months after birth. As a result, the impact of Zika may be underestimated, leaving public health professionals uneasy about proposed budget cuts by the Trump Administration, which could exacerbate the treatment and reporting challenges that characterize the current outbreak. Chagas disease, colloquially known as "kissing bug disease," is more deadly than previously thought due to underreporting of the disease. Going undiagnosed while carrying Chagas can elevate the risk of death, primarily due to associated heart problems that will develop over time. Chagas disease initially mimics symptoms of the flu, often causing a misdiagnosis and lack of proper treatment, and it can lie symptomatically dormant for years, silently causing irreparable damage to the heart. There is currently no effective vaccine against the disease. The Democratic Republic of Congo’s (DRC) Ministry of Health has approved the use of an experimental Ebola vaccine to combat the outbreak. The vaccine, though experimental, proved to be highly effective in clinical trials. Details of how the vaccine will be deployed have not been announced yet, but if further cases are confirmed, it will likely be given to contacts and contacts of contacts of those with a confirmed case. So far, there have only been two confirmed cases, but over fifty suspected cases.
CDC/Dr. Scott Smith