During the past year, leaders from the US Global Leadership Coalition (USGLC)—an advocacy organization promoting diplomacy and development—have traveled across America seeking out innovators and innovations that best demonstrate how strategic US investments in global development can enhance America’s foreign policy and security interests—an approach USGLC calls “smart power” diplomacy.

During the past year, leaders from the US Global Leadership Coalition (USGLC)—an advocacy organization promoting diplomacy and development—have traveled across America seeking out innovators and innovations that best demonstrate how strategic US investments in global development can enhance America’s foreign policy and security interests—an approach USGLC calls “smart power” diplomacy. 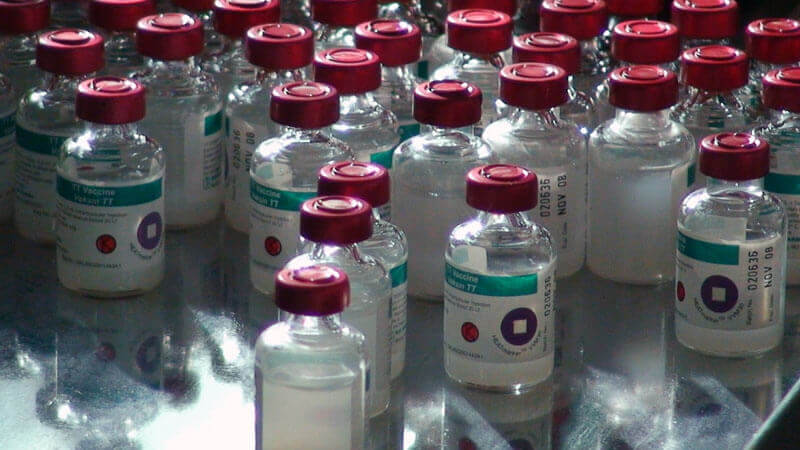 The VVM is a health innovation that is saving lives and money. Photo: Umit Kartoglu

Not surprisingly, USGLC leaders discovered that investments in global health innovation are an essential part of America’s “smart power” toolbox. As USGLC leaders traveled from city to city, they discovered numerous examples of how American businesses and nongovernmental organizations (NGOs) are working with the US government to deliver global health innovations that are not only improving lives worldwide, but also creating jobs here in the United States and enhancing America’s global leadership.

In fact, nearly half of the 30 programs USGLC identified as “leading American innovators” in its Innovations in Smart Power report—released today—focused on improving global health and nutrition. The report featured two innovations developed by GHTC members, including the PATH-developed Vaccine Vial Monitor (VVM), which indicates whether vaccines have been damaged from exposure to heat. The VVM not only saves lives, but also produces an estimated $14 million annual savings by preventing undamaged vaccines from being discarded. USGLC also featured the Global Health Fellows Program II—led by the Public Health Institute—which brings private sector experts from America to low- and middle-income countries in Africa and Asia—for up to three months—to share their expertise in research and medical technologies with healthcare workers in local communities. 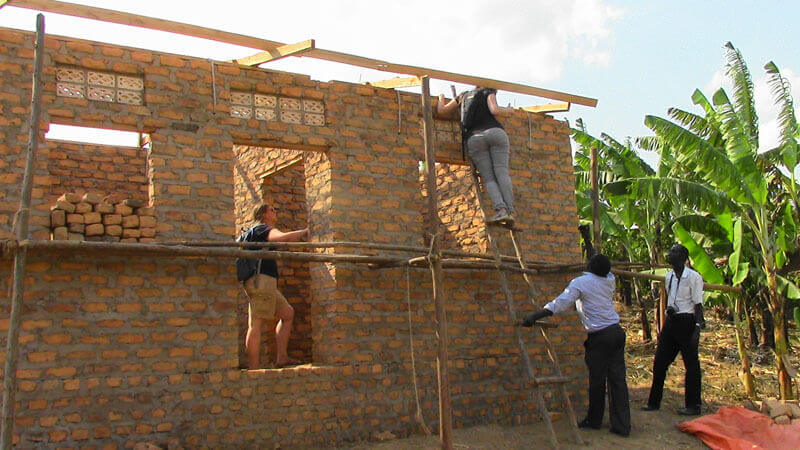 Other creative global health innovations featured in the report include low-cost toilets to reduce diarrheal disease, fortified peanut paste to combat malnutrition, and an easy squeeze pouch to help HIV-positive mothers deliver antiretroviral drugs to their newborn babies. All of these projects were supported by the US government, and demonstrate how American ingenuity and investments can tackle some of the world’s greatest global health problems.

Written by Nick Taylor / GHTC
Read time:
In this regular feature on Breakthroughs, we highlight some of the most interesting reads in global health research from the past week. During the past year, leaders from the US Global Leadership Coalition (USGLC)—an advocacy organization promoting diplomacy and development—have traveled across America seeking out innovators and innovations that best demonstrate how strategic US investments in global development can enhance America’s foreign policy and security interests—an approach USGLC calls “smart power” diplomacy. USGLC’s report—Innovations in Smart Power—featured PATH’s Vaccine Vial Monitor and the Public Health Institute’s Global Health Fellows Program II. Dr. Francis Collins—director of the National Institutes of Health (NIH)—announced on the NIH Director’s blog that NIH will, through its various institutes and centers, begin piloting the idea of awarding longer grants that offer more sustained support for investigators in the hopes it will allow them greater freedom to innovate. Currently, most NIH-funded grants are “project-based”—meaning applicants have very clear research aims for what they will accomplish in a defined period of time, typically between 3-5 years. Policy Cures released a report—titled Tuberculosis: The Last Mile—which explains why current treatments to tuberculosis (TB) control aren’t working; provides a snapshot of the major funders in TB research and development (R&D); and outlines what new products are in the TB pipeline, and how these products could change the future for patients with TB. Last month, the Bill & Melinda Gates Foundation awarded exploratory grants—as part of its Grand Challenges in Global Health program—to three projects aimed on improving the design of the female condom to make it easier to use and more pleasurable. Currently, female condoms represent only a small part of the overall commercial market and are not as widely used as a prevention tool by the global health community. “Female condoms give women a choice to say: ‘Okay, if you don’t want to wear one, I will,’” said Debby Herbenick, one of the grant recipients. GHTC members AVAC and the International AIDS Vaccine Initiative, as part of the HIV Vaccines & Microbicides Resource Tracking Working Group, released a new report tracking funding for HIV prevention R&D in 2013. The report found funding was down by US$ 50 million—or four percent—when compared to 2012. The 2013 decrease can be attributed largely to diminished US investment in all areas of HIV prevention research, as well as significantly reduced investment in some European countries.
PATH/Will Boase

Written by Nick Taylor / GHTC
Read time:
In this regular feature on Breakthroughs, we highlight some of the most interesting reads in global health research from the past week. Last week, Deutsche Stiftung Weltbevoelkerung (DSW) attended the seventh European & Developing Countries Clinical Trial Partnership (EDCTP) Forum in Berlin, Germany. Anne Hradský—advocacy coordinator at DSW—writes about the value of EDCTP, the progress it has achieved, and news and insights that came out of this year’s forum. The Lancet has published results for the first-ever large-scale Phase III clinical trial for a vaccine against dengue fever. The results show that the three-dose vaccine could reduce cases of dengue fever by 56.5 percent and dengue hemorrhagic fever—a more severe form of dengue—by up to 88.5 percent. The vaccine is being developed by pharmaceutical company Sanofi Pasteur. A new form of easy-to-use injectable contraceptive Depo-Provera—called Sayana® Press—was introduced in Burkina Faso last week as part of a four-country rollout this year. The new form uses PATH-developed Uniject™—an autodisable injection system involving a plastic bubble with a needle attached and filled with one dose of the contraceptive. The device will be introduced next in Uganda, Senegal, and Niger. The Global Post has published the first article in a special report examining how US-backed public-private partnerships (PPPs) are making an impact on global health and whether there is evidence justifying increased US investment in PPPs, especially by the US Agency for International Development. Leaders of the biopharmaceutical research community called on Congress to improve the clinical research process to accelerate the discovery and development of new medical therapies. The 21st Century Cures Initiative—part of the House Energy & Commerce Committee—asked experts to present “strategies for reducing regulatory oversight, speeding up clinical research processes, and utilizing technology to better understand the potential benefits and risks of promising new treatments.”