From the development of new drugs for malaria and tuberculosis to the mapping of debilitating but preventable diseases, research and development (R&D) can be a catalytic force for scaling up impact. Many of USAID’s [US Agency for International Development] global health successes in preventing child and maternal deaths, controlling the HIV and AIDS epidemic, and combating infectious diseases can be partially attributed to breakthrough research and development that altered the course of an illness or accelerated diagnostics and treatment through breakthrough innovation and ingenuity.


This year’s report to Congress coincides with our new five-year strategy, which focuses on three interrelated goals. Our first goal is to accelerate the development, introduction, scale-up, and sustained use of new technologies, health tools, and approaches; secondly, we want to influence the adoption of priority life-saving health and development interventions; and finally, we want to strengthen the capacity of people, systems, and partnerships to conduct research and utilize results to improve health outcomes. 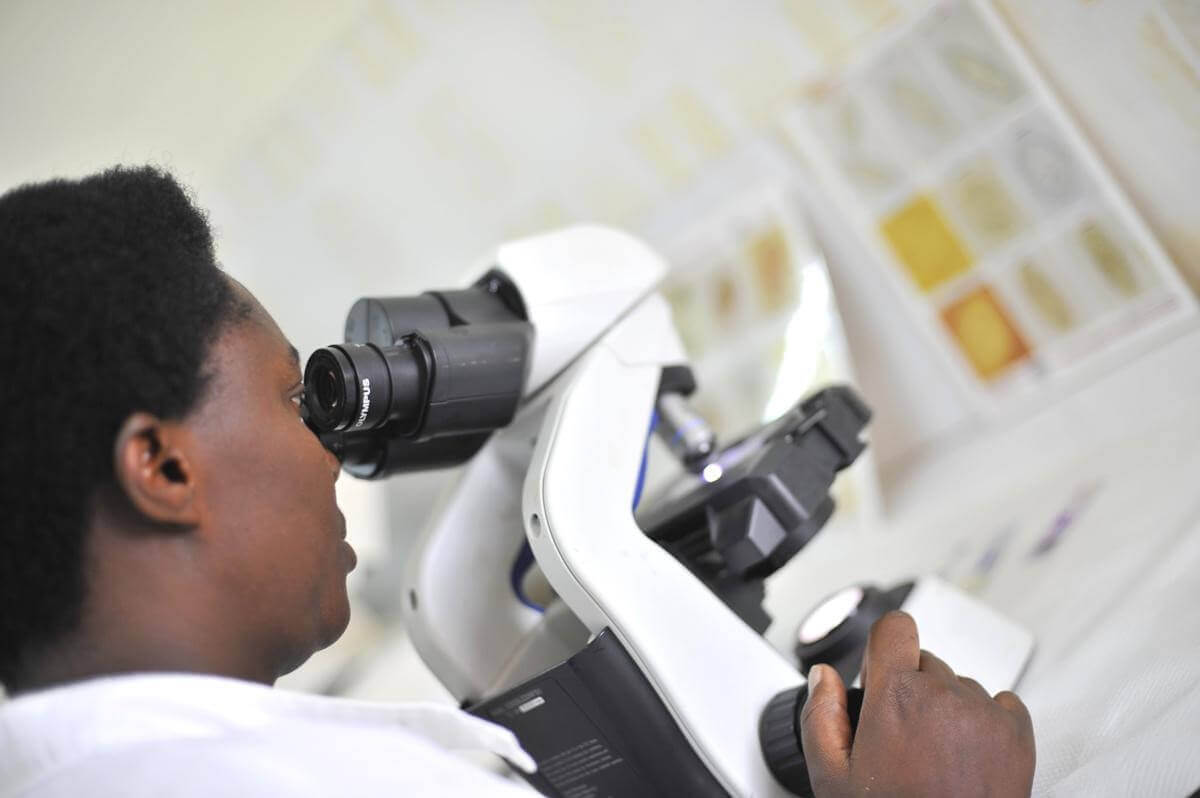 Photo caption and credits: A lab technician in Rwanda. Riccardo Gangale for USAID/ Courtesy of Photoshare  Although R&D can take years to come to fruition, when it does, it can save lives and be a total game changer. Take malaria for instance. One of the most notable areas of R&D investments for USAID is the development of new vaccines, medicines, and insecticides for malaria prevention and control, as well as research to improve malaria programs. Many lives have been saved since the launch of the U.S. President’s Malaria Initiative (PMI) in 2005, but continued success depends on strategic R&D investments.

Last year, the sustained efforts of many partners paid off and led to the development of three new classes of malaria drugs, including the drug Tafenoquine which, if approved, could be the first new medicine to treat relapsing malaria in more than 60 years. In Cambodia, research on the safety and tolerability of single, low-dose Primaquine, a drug used for reducing malaria transmission, has been recommended for adoption in areas moving toward malaria elimination.

Another health challenge with the potential for high returns on investment in terms of R&D is multidrug-resistant tuberculosis (MDR-TB). USAID knows from experience that this is a very complex and expensive disease to treat because of its severity and long-term treatment plan, which is why the agency has been supporting several clinical studies evaluating the efficacy of shorter drug regimens.

For treatment that can last for as long as two years, medicine adherence has been a huge challenge in combating MDR-TB. Shorter and simpler to administer regimens may help increase adherence and acceptability, while decreasing side-effects and transmission. Interim results from STREAM Stage-1, one of the USAID-supported studies of shorter MDR-TB regimens, have potential to inform global guidelines and improve the lives of millions of people.

Along with high-quality research, USAID has continued to invest in ground-breaking tools and innovations that have been deployed in countries around the world. These cost-effective tools have not only saved lives, but millions of taxpayers’ dollars. They have also contributed to strengthening our national security by enabling countries to mitigate impact and contain the spread of infectious diseases.

During the 2015-2016 Zika outbreak in Central and Latin America, for instance, USAID supported 26 innovations to combat Zika and future threats through the Combating Zika and Future Threats Grand Challenge. Innovations range from mosquitoes infected with Wolbachia, a naturally-occurring bacteria that prevents the transmission of diseases to humans, to a disease surveillance digital platform that could protect vulnerable communities from becoming hot spots not only for Zika but also for malaria, dengue, chikungunya, and other infectious diseases, including currently known and unknown threats. 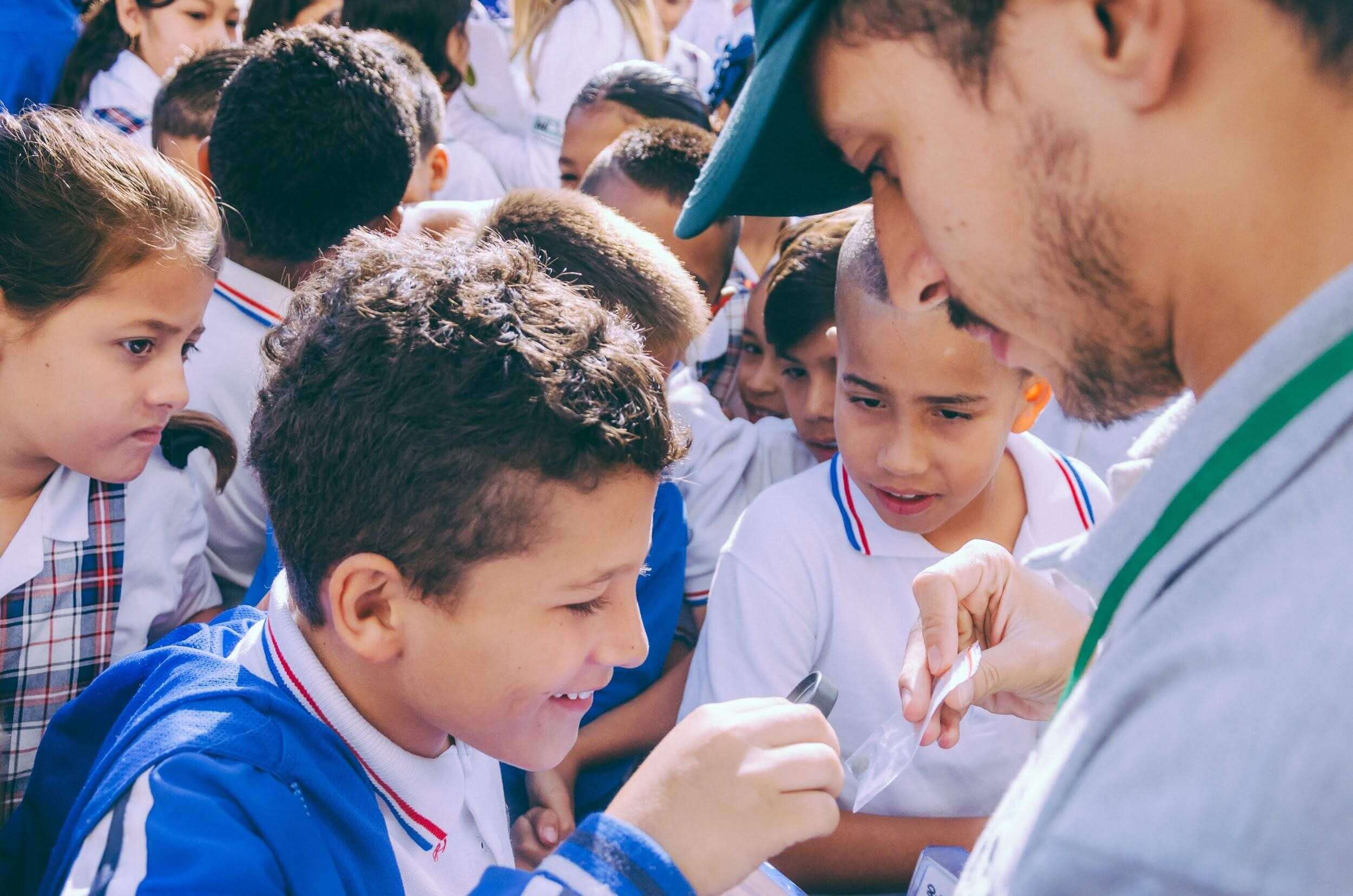 School students in Paris, Colombia participate in growing and releasing their own Wolbachia mosquitoes as part of a science project. Photo Credit: World Mosquito Program Colombia.The Grand Challenges enable us to adopt an open-source model that empowers more people from all walks of life to offer solutions to global health problems. Research and partnerships spur innovation, which in turn harnesses the ingenuity and expertise of an increasingly diverse global development community. USAID facilitates this process and opens the door for new ideas.

Supporting innovative research approaches in disease mapping is another way for USAID to maximize global health impact. Knowing where diseases are most prevalent can shed light on their root causes, strengthen programs and more effectively target interventions.

Lymphatic filariasis or LF, for instance, is a parasitic disease spread by mosquitoes and one of seven neglected tropical diseases that USAID prioritizes. Last year, USAID supported the expanded roll-out of a new survey protocol to assess the LF in low prevalence settings. In Ethiopia, the study mapped the disease in 45 districts, and results showed that only three of them warranted treatment. This finding saved millions of dollars that may have otherwise been spent to provide treatment in areas where the disease was not endemic. The World Health Organization has endorsed the new survey protocol to be used in other areas of uncertain disease prevalence, including Vietnam and Cameroon.

These handful of tools and research projects are only a small fraction of the global health R&D portfolio that USAID has supported around the world. Despite the fact that USAID investments in health R&D are often working behind the scenes, their contribution to saving and improving lives is significant. These types of strategic investments continue to change the way communities think about what is possible in disease prevention and health promotion. You can download a copy of USAID’s latest global health-related R&D report here.

This blog originally appeared on USAID’s website and has been cross-posted to Breakthoughs with USAID’s permission.

Matt Barnhart is a Senior Medical and Scientific Officer with the Bureau of Global Health at the US Agency for International Development.

R&D breakthroughs for tuberculosis, cholera and the power of a gene-edited mosquito

Written by Taylor Capizola / GHTC
Read time:
Interested in more global health innovation news? Every week GHTC scours media reports worldwide to deliver essential global health R&D news and content to your inbox. Sign-up now to receive our weekly R&D News Roundup email. In this regular feature on Breakthroughs, we highlight some of the most interesting reads in global health research from the past week.   A daily, one-month tuberculosis (TB) prophylaxis regime may provide the same protection for HIV-positive individuals as the standard nine-month prophylactic regime, according to a new study. HIV-positive individuals are at heightened risk of contracting TB, and TB kills more people with HIV than any other disease, including AIDS-associated illnesses. The phase III study found that while protection rates against TB were similar in a group receiving one-month of treatment versus nine-months, toxicity was lower in the one-month group and fewer people in the one-month group experienced neurologic and liver events, though more people in the one-month group experienced hematologic events, including anemia and drops in white blood cell counts. Researchers need to study the regimen further, but these results are promising. A shorter, simplified TB prophylaxis regimen could improve patient adherence. Scientists at Johns Hopkins Bloomberg School of Public Health’s Malaria Research Institute used CRISPR, a gene-editing tool, to make mosquitos highly resistant to the malaria parasite, making it much less likely for the mosquito to transmit the parasite to humans. Scientists used CRISPR to delete a gene—FREP1—that helps the parasite survive in the mosquito's gut and develop further, making the malaria parasites within the mosquito much less likely to survive and reproduce. This study marks the first time a mosquito has been rendered resistant to malaria by deleting a gene. Scientists believe replacing wild mosquitos with these gene-edited mosquitos could dramatically reduce the incidence and subsequent burden of malaria in local populations. It may be possible to create a drinkable solution to provide protection to individuals during a cholera epidemic, according to new research. Cholera is set off by a toxin, which attaches to the intestinal wall and causes life-threatening diarrhea. Researchers found that introducing certain molecules into the intestine can prevent the cholera toxin from binding to specific receptors on the intestinal surface. The researchers believe these results offer the possibility of creating a drinkable antidote that would put these receptors offline. This solution could be easier and quicker to administer than vaccines in an epidemic scenario, helping immediately reduce the spread of cholera in an affected area.
PATH/Patrick McKern

Written by Taylor Capizola / GHTC
Read time:
Interested in more global health innovation news? Every week GHTC scours media reports worldwide to deliver essential global health R&D news and content to your inbox. Sign-up now to receive our weekly R&D News Roundup email. In this regular feature on Breakthroughs, we highlight some of the most interesting reads in global health research from the past week. Scientists have created a new process to detect tuberculosis (TB) by introducing a molecule to the bacteria’s outer layer that illuminates under fluorescent light. This innovation could help make sputum microscopy tests easier to perform, improving the accuracy and speed at which patients with TB are diagnosed and treated. While there are other staining methods in use, this molecule—DMN-trehalose—is actually incorporated by the TB bacteria as it builds up its outer protective layer, thus this method illuminates only living TB bacteria, unlike other stains which reveal both live and dead bacteria. This makes it easier for health professionals to diagnose TB and monitor a patient’s response to treatment over time. Researchers at the University of California, San Francisco discovered new mechanisms by which HIV hides in infected cells, remaining in a latent mode that evades the body’s immune system and antiviral drugs. When the HIV virus infects immune cells, most cells start producing more of the virus, but a fraction of the cells become dormant. Current therapies are not able to kills these dormant cells, which can then reawaken and cause a resurgence of the virus in patients. To understand this progression better, researchers used a panel of tests to study the process by which these dormant, infected cells convert viral DNA to RNA and discovered that these latent cells stall out at various stages, marking their dormant status. Helping the dormant cells finish making RNA will wake them up, allowing the body to recognize and kill the infected cells with assistance from common antivirals. These findings could help scientists understand and develop new treatments to target and address the issue of latent HIV infection. Researchers in the Netherlands are undertaking an unusual approach to vaccine research, infecting 17 volunteers with parasitic worms as part of a new vaccine study for the potentially fatal disease schistosomiasis. Each volunteer agreed to have 20 male parasitic worms—worms that will be unable to reproduce or lay eggs—injected into their arms with the intent to be monitored for 12 weeks following infection. After 12 weeks, volunteers will receive a drug to kill the remaining worms. Researchers hope this study will show it is possible to test vaccines with this method, which is faster and more affordable than field research, which can take months or even years to run and complete.