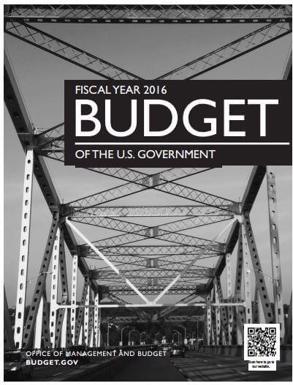 USAID and Department of State

For the first time in several years, the President’s request for global health programs at the United States Agency for International Development (USAID) and the Department of State is higher than the level of funding enacted the previous year: the White House requested US$2.906 billion, which is $73.1 million (2.6 percent) higher than the $2.834 billion appropriated for global health programs at the two agencies in the fiscal year 2016 (FY16) Omnibus.

These increases are critical to US engagement in global health R&D:

Despite these welcome increases, the President’s FY17 proposal cuts funding to several key accounts, including a $16.5 million cut for nutrition, $7.5 million for vulnerable children, and $13.5 million in cuts to neglected tropical disease (NTD) programs at USAID. The proposal also decreases funding for tuberculosis (TB) programs by $19.1 million, which comes in sharp contrast to the Administration’s National Action Plan for Combating Multidrug-Resistant Tuberculosis (MDR-TB), released in December 2015.

These cuts could stifle promising work in global health R&D:

Centers for Disease Control and Prevention 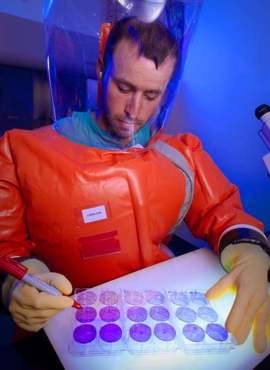 Key accounts at the Centers for Disease Control and Prevention (CDC) received modest increases. The CDC Center for Global Health received a $15 million increase (3.5 percent) to $442.1 million, which bolstered funding for the Global Immunization ($224 million from $219 million) and Global Public Health Protection ($65.2 million from $55.2 million) programs. These accounts are critical for accelerating CDC’s role in developing and implementing novel vaccines and immunization programs, as well as for bolstering the agency’s role in capacity building for global health research and disease detection in partner countries.

Written by Anna Doubell / Policy Cures
Read time:
In this guest post, Anna Doubell, an analyst at Policy Cures, writes about the findings of this year’s G-FINDER report on neglected disease research and development (R&D). Supporting data from the report was released this week and is now available online through the G-FINDER public search tool. Photo: PATH/Patrick McKern The West African Ebola outbreak featured prominently on the front pages of newspapers globally in 2014, reminding us of the devastating impact that an infectious disease can have on communities when the required vaccines, treatments, and diagnostic tools don’t exist, and the health systems to utilize them are severely lacking. However, Ebola is only one of many infectious diseases for which there are a lack of adequate products. The G-FINDER survey, conducted by Policy Cures, collects data about funding for neglected disease R&D from over two hundred organizations each year. This year’s report, published in December, and the supporting data, released this week, highlight funding trends and gaps for R&D to develop new health technologies for neglected diseases, which can help governments, philanthropic organizations, and industry make informed decisions. Expansion of scope to include Ebola In response to the 2014 outbreak, we included Ebola in the 2015 G-FINDER survey scope for the first time, and the data published this week provides the first detailed picture of global funding for Ebola R&D. In many ways Ebola is a prototypical neglected disease: low-income countries (Sierra Leone, Guinea and Liberia) bore the brunt of the epidemic; no proven vaccines, antiviral drugs, or field-suitable diagnostic tests existed for Ebola when the outbreak began; and despite the existence of some bioterror-related research programmes, there had been insufficient commercial incentives to attract enough R&D investment from industry to develop products through to registration. But the rapid spread and potential global impact of Ebola led to unprecedented levels of attention and new investments in R&D. Grounds for optimism? The response to the outbreak showed that funders can rapidly mobilize money for R&D into neglected diseases in times of crisis. The 2015 G-FINDER survey found that US$165 million was invested in Ebola R&D in 2014, which is remarkable given that the outbreak was only declared a public health emergency in August of that year. This investment made Ebola the fifth best-funded neglected disease, behind only HIV and AIDS, malaria, tuberculosis (TB), and diarrheal diseases. Nearly three quarters of Ebola investment came from the public sector (most of it from the US government), followed by the pharmaceutical industry, providing 21 percent of all funding. The mobilization of resources, both human and financial, resulted in clinical trials for drugs and vaccines being launched in record time,1 showing what might be possible for other neglected diseases, many of which cause more deaths in developing countries every year than did Ebola. Bacterial pneumonia and meningitis, for instance, kill more than 750,000 people in the developing world each year—compared to just over 11,000 deaths in two years from the recent Ebola outbreak—and yet in 2014 these diseases received less than half the R&D funding that went to Ebola. Caution still required This impressive response raises a number of questions. Will investment in Ebola R&D continue as the epidemic comes to an end, and will this funding be sufficient to support the products currently in development through to registration? And was this investment in Ebola R&D from entirely new funding, or was it diverted from other neglected diseases? Declining public funding One of the key findings of the 2015 G-FINDER report was that public funding for non-Ebola neglected disease R&D in 2014 fell to its lowest level since 2007. In this case, the US government again, unfortunately, led the way: US government year-over-year investment in non-Ebola neglected disease R&D fell by just over 2 percent in 2014, following even larger sequester-related cuts the previous year, to be nearly a quarter of a billion dollars lower than its peak in 2009. Public funding from other countries has remained steady, but ongoing cuts from the United States, the world’s biggest funder of neglected disease R&D, are cause for concern. Increasing industry investment In contrast to the decline in public funding, industry investment in neglected disease R&D reached its highest level in the history of the G-FINDER survey. Importantly, this reflected not only the sector’s Ebola R&D activity, but also significantly increased investment in R&D for malaria drugs and vaccines and HIV and AIDS vaccine research. More concerning was the fact that industry funding for TB fell for the fourth year in a row (down $10m or 8.7 percent)—an alarming trend, given the need for new vaccines, drugs, and diagnostics to combat the increasing threat of multidrug-resistant TB and extensively drug-resistant TB. Solidifying funding for PDPs In positive news, funding for product development partnerships (PDPs) rose for the second year in a row, driven by increased funding from the Bill & Melinda Gates Foundation. PDPs are instrumental in the development of new tools to fight neglected diseases, and are involved in the development of 40 percent of products in the neglected disease pipeline, despite accounting for just 16 percent of global funding in neglected disease R&D. The system failures in the global response to the Ebola outbreak have been well documented over the past months. But there should also be recognition of the successes and surprising rapidity with which R&D investment was mobilized. If we could translate this political and financial commitment to other neglected diseases, the impact would be huge. Reference: Moon S, Sridhar D, Pate MA, Jha AK, Clinton C, Delaunay S, et al. Will Ebola change the game? Ten essential reforms before the next pandemic. The report of the Harvard-LSHTM Independent Panel on the Global Response to Ebola. The Lancet. 2015 Dec 4;386(10009):2204–21.
CDC/ Prof. Woodbridge Foster; Prof. Frank H. Collins

Written by Kat Kelley / GHTC
Read time:
To bypass unreliable roads, a project funded by the Bill & Melinda Gates Foundation and the United Nations Population Fund is using drones to deliver contraceptives, condoms, and other health supplies to remote villages in sub-Saharan Africa. A drone operator, located in an urban area, loads the supplies into the machine and guides it to its destination, such as a rural health facility. After a successful pilot in Ghana, the project is expanding into six additional African nations, with several governments themselves offering to foot the bill, at just US$15 per flight. Researchers at Brigham Young University in Utah are developing a mobile vaccine kit, with the hope of making vaccine manufacturing as easy as making a Cup of Noodles. The kit is comprised of a one to three liter package and produces antigens—molecules that elicit an immune response, and can result in immunity against a certain pathogen. A health worker merely adds water and the kit generates a vaccine that can be used that same day. The kit is reusable and can be freeze-dried, and thus can be stored at temperatures up to 77 degrees Fahrenheit, which requires much less energy than storing traditional vaccines. The team has successfully used the kit to produce a cancer-fighting protein, and is currently testing its vaccine production capabilities. GHTC member IVCC is leading a $65 million initiative to expand access to new insecticides in 16 malaria-endemic African countries over four years, with the hope of protecting 50 million people from malaria. The project will focus on spraying indoor walls with insecticides, a practice that despite its efficacy against malaria, has decreased by 40 percent over the past few years as mosquitos have become resistant to older, affordable insecticides and as new insecticides remain expensive. IVCC will be partnering with UNITAID, who will help fund the cost of insecticides, as well as GHTC member PATH and the US President’s Malaria Initiative, among others. Insecticides are a critical tool in malaria control, and up to 80 percent of malaria cases prevented since 2000 are attributable to insecticides. However, if new insecticides are not developed and adopted, malaria deaths could increase by 120,000 annually. Photo: CDC/ Prof. Woodbridge Foster; Prof. Frank H. Collins Last week, the World Health Organization declared the Zika virus outbreak in Latin America a Public Health Emergency of International Concern, calling for expedited research and development for Zika vaccines and diagnostics. Currently, the most promising Zika virus vaccine candidates come from small biotech companies, including the Indian firm Bharat Biotech and Pennsylvania-based Inovio Pharmaceuticals. Bharat Biotech has two vaccine candidates against Zika, one that uses Zika and another comprised of a weakened version of the virus. The company launched its Zika program in November 2014, due to its similarity to dengue and chikungunya, which are endemic in India. The company is on the verge of animal studies, which will take approximately five months. Inovio is developing a DNA vaccine as well, an approach that is much faster but often less effective than using an inactivated version of the virus itself. Inovio is currently testing the vaccine in mice and plans to initiate testing in primates within “the next few weeks.” Meanwhile, Sanofi has initiated a Zika vaccine program, building on its experience developing a vaccine for the related dengue virus. Sanofi, the fourth largest pharmaceutical company worldwide, is joined by five more of the top ten—Pfizer, Merck & Co., Johnson & Johnson, GlaxoSmithKline, and Takeda—who are all currently evaluating their existing vaccine technologies and platforms.