Faces of Innovation—a new GHTC project that features scientists on the front lines of research and development on new global health tools and technologies—profiles Dr. Peter Hotez, who we met at the American Society of Tropical Medicine and Hygiene (ASTMH) Annual Conference, who does research to develop vaccines for neglected tropical diseases as professor and Dean of the National School of Tropical Medicine at the Baylor College of Medicine in Houston, Texas. 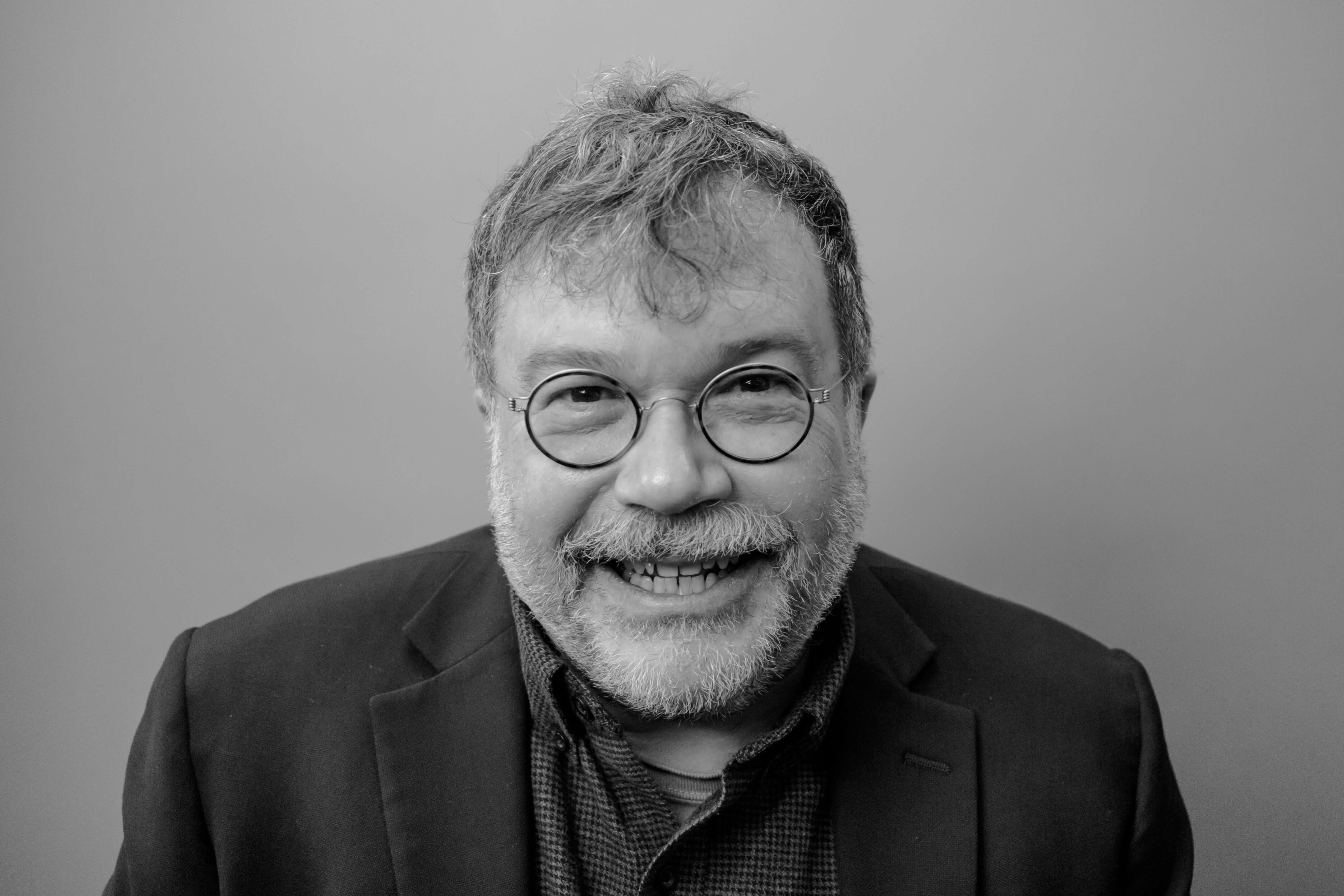 Faces of Innovation—a new GHTC project that features scientists on the front lines of research and development on new global health tools and technologies—profiles Dr. Peter Hotez, who we met at the American Society of Tropical Medicine and Hygiene (ASTMH) Annual Conference, who does research to develop vaccines for neglected tropical diseases as professor and Dean of the National School of Tropical Medicine at the Baylor College of Medicine in Houston, Texas.

Where I work: National School of Tropical Medicine at the Baylor College of Medicine in Houston, Texas

I’m funded by: National Institutes of Health, Department of Defense

My research: At the National School of Tropical Medicine, we established what’s called the Texas Children’s Hospital Center for Vaccine Development, which is a non-profit—what’s sometimes called a product development partnership, a PDP. These are non-profit agencies that use industry practices to make stuff—in our case, it’s vaccines. So we’re making vaccines for neglected tropical diseases, the most common afflictions of the world’s poor. We have vaccines for hookworm and schistosomiasis in clinical trials now, and hopefully soon a new Chagas vaccine will go into the clinic. This is co-directed by myself and my science partner for twenty years, Dr. Maria Elena Bottazzi. We like to say that we develop the vaccines that no one else will make.

Motivation: I have an unusual story in that ever since I was a teenager, I wanted to study tropical diseases. And then I went to Yale as an undergraduate specifically to work at a lab on African sleeping sickness, and then I did the MD-PhD program at Rockefeller-Cornell, the medical scientist training program, where I got started on developing a hookworm vaccine in the laboratory of Anthony Cerami, who let me bring hookworms into the lab. So, this is a lifelong passion and calling, and I think you’ll find that for a lot of researchers, especially here at the American Society of Tropical Medicine and Hygiene.

Why federal support is critical: In terms of federal agencies that support us, we have support, of course, from the NIH, National Institute of Allergy and Infectious Diseases, which has been a stalwart supporter of our vaccine development program, but also, the Department of Defense is now supporting our leishmaniasis vaccine program through CDMRP [Congressionally Directed Medical Research Program]. We’re extremely grateful for our federal support. We’d be nowhere without it.

…[From] 2015-2016, I was in the Obama Administration—I served as US Science Envoy. There’s a few things going on with that. One, in one of my books, Blue Marble Health, we found that most of the world’s poverty-related neglected diseases are not necessarily in the poorest, most devastated countries of Africa and Asia as many people think, but actually, it’s the poor living among the wealthy in G20 countries, the Group of 20 countries. So, for instance, we now estimate that there are 12 million Americans living in extreme poverty with a neglected tropical disease. [Research] on these diseases is not only helping people abroad, it’s actually helping the poorest Americans. So that’s a very important aspect. Another is—I think in my time as US Science Envoy, one of the things that I kept on seeing is the admiration for America, not because of our military prowess, but because of our research universities and our research institutes. This is why people love America: We’re a science horsepower; the fact that we use our science towards bettering the world, developing new technologies for global health. This is one of the things that makes America great—this is what I tell policymakers and leaders on both sides of the aisle.

When I’m not in the lab: One of the things that’s my new passion is—I’ve become a writer. Since moving to Texas Children’s Hospital and Baylor College of Medicine, I’ve written and published three books, and now about to work on my fourth. So, writing has become a new passion of mine, and it reaches a different audience than scientific papers. It helps to explain why science is important and do that public engagement, and that’s so critical, especially in this time now when we’re seeing this rise in anti-science, anti-vaccine movements. More than ever, we need to do public engagement. That’s why GHTC is so important. It’s a key component of that public engagement.

Emily manages congressional outreach, policy development, and legislative analysis to support the US advocacy work of the coalition. In this capacity, she serves as GHTC’s primary liaison with Congress and helps develop strategies to advance...read more about this author

Written by Ansley Kahn / GHTC
Read time:
Faces of Innovation—a new GHTC project that features scientists on the front lines of research and development on new global health tools and technologies—profiles Dr. Mary Kamb, who we met at the American Society of Tropical Medicine and Hygiene Annual Conference, who leads the Elimination and Control Epidemiology team at the Centers for Disease Control and Prevention, Division of Parasitic Diseases and Malaria.My Name: Mary Kamb, MD.Where I work: Centers for Disease Control and Prevention (CDC), Division of Parasitic Diseases and Malaria in Atlanta, Georgia.I’m funded by: the US federal government. My research: I lead the Elimination and Control Epidemiology team in the Parasitic Diseases Branch. We focus on neglected tropical diseases that are able to be eliminated through one method or another, usually preventative chemotherapy, like Lymphatic filariasis and Onchocerciasis…but also diseases like Guinea worm, which don’t have a treatment but have strong public health programming that, in that case, can lead to eradication.We [CDC] work primarily with ministries of health on programs to improve programmatic implementation and surveillance. It’s very practical, on what we call program operations research or program science, to ensure and improve high-quality programs. My team is made of scientists who come from a number of backgrounds. Some are medical doctors, like me, some are epidemiologists, or social scientists, or have training in other areas. We work closely with people from our laboratory…very closely, hand in hand, and also with people who work on the drivers behind people’s behavior around programs. For example, why people would not want to participate in a mass drug administration, or why might people be fearful of using drugs or not seek care…really working across disciplines. I think it makes for a stronger program and for better understanding of all the issues around ensuring high-quality programs. Most of our work involves collaborating with partners, often other health ministries, the World Health Organization, and other international partners working on neglected tropical diseases. We also try and work with other branches and teams across CDC, for example with people working in Global Water, Sanitation, & Hygiene (WASH), immunizations, malaria, or other areas because we can learn from and support each other. Many of these areas can really inform elimination and control of neglected tropical diseases.Motivation: I worked for many years on the elimination effort of mother to child transmission of HIV and syphilis. I worked most of my career focused on HIV and other sexually transmitted diseases. Working in neglected tropical diseases is very interesting both because there are diseases that can be eliminated, but also because…it’s an area of great need that affects people and countries who are often living in poverty. The longer I work in public health, the more interested I am in health equity and understanding the real drivers of why certain countries are affected by diseases that we feel should be gone but aren’t necessarily gone. We have to dig deeper to find out what are those other drivers…those social issues that are affecting good health. Why federal support is critical: I think living in the United States, we might think we are immune from some of these diseases that affect other countries, but we’re not. Having people who are living healthily in other countries across our borders doesn’t just help people across the border, it helps Americans. In today’s world, diseases can cross borders so easily. Having healthier neighbors also makes for a stronger and safer world. When people don’t have to worry about diseases, they can focus on other issues that are important and making a stable community. I think that global health is such a win-win for everyone in the world. When I’m not in the lab: One of the things I really like to do is keep in touch with friends around the world…I like to keep in touch with people and travel. I also like to bird watch.
GHTC

Written by Julien Rashid / GHTC
Read time:
Faces of Innovation—a new GHTC project that features scientists on the front lines of research and development on new global health tools and technologies—profiles Mohammad Ariful Islam, who we met at the American Society of Tropical Medicine and Hygiene Annual Conference. Ariful researches influenza in Bangladesh with funding from the US Centers for Disease Control and Prevention.My name: Md. Ariful Islam, MSSc, MPHMy name: Md Ariful Islam, MSS, MPHWhere I work: International Centre for Diarrhoeal Disease Research, Bangladesh (icddr,b) I’m funded by: US Centers for Disease Control and PreventionMy research: We’re doing influenza surveillance in Bangladesh. Surveillance is important to detect novel influenza and to understand what type of influenza strains are circulating Bangladesh. Our surveillance objectives are to identify individuals and clusters of people with life-threatening infections with influenza virus and to characterize the diversity of strains of influenza in circulation in Bangladesh. We’re working in Bangladesh to detect novel influenza strains so that we can take immediate measures if needed.Motivation: Every day we work with patients. We are happy that we can use our efforts for the betterment of people in our country. Influenza is a severe disease for many patients, and if a disease outbreak occurs in Bangladesh, it may spread throughout the world—so I think we are doing a great job for the people. Why US federal support is critical: I believe that influenza is a problem not only for Bangladesh, it’s not only a problem for the US citizen, it is a problem for the whole world. If there is a disease outbreak like bird flu or swine flu, then all of the people in the world will suffer. The US policymakers and funders are doing a great job of funding this project to investigate influenza.When I’m not in the lab: I’m a big fan of cricket, so when I get some time I play with my colleagues. It also keep my body fit. If I want to work more, then I need to exercise more—so I like cricket.