Evidence shows that when women are both empowered and healthy, they are more likely to have healthy families, educate their children, and make positive social and economic contributions to society. New discreet and long-acting HIV prevention tools have the potential to empower women to protect their own health and unlock their potential.

Meet Grace, Denise, and Sarah. At age 21, Grace is a single mother of two living in South Africa. Because her children need routine check-ups and immunizations, Grace frequently sees pediatricians and nurses, but rarely visits doctors for her own health needs. In Namibia, 19-year-old Denise is a first-time mother. She wants contraceptives but the few times she’s asked, the local pharmacist said they were available only for married women. And in Malawi, 18-year-old Sarah has started having sex, sometimes with male partners twice her age.


These three young women lead very different lives, but they all have one thing in common—they’re at high risk for HIV infection. Although Grace, Denise, and Sarah are not real people, their stories illustrate diverse challenges young women face, particularly in sub-Saharan Africa, where young women ages 15-24 are at least twice as likely to have HIV as men their age—and, in some regions, are more than eight times as likely to get infected. 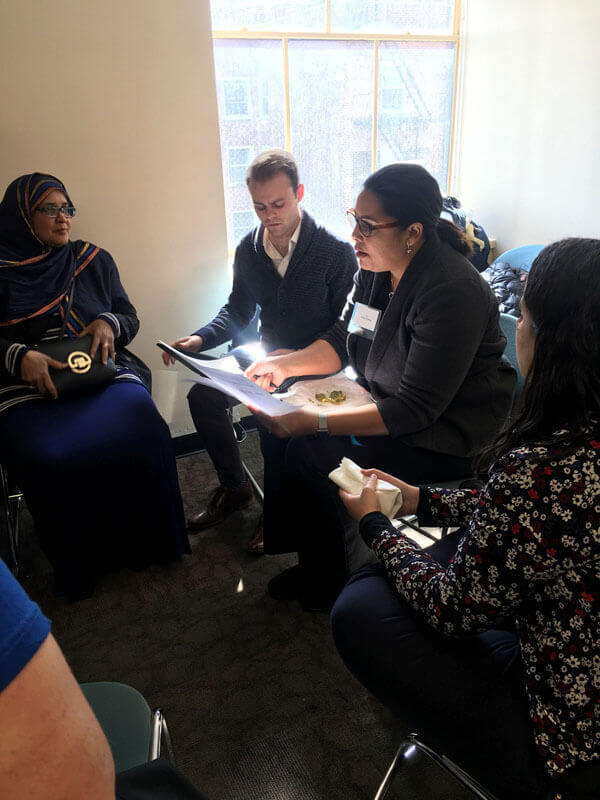 Existing HIV prevention strategies are not doing enough to reduce the high rate of infection among women because women still lack a range of options that address their diverse needs. While some women may feel comfortable discussing available HIV prevention options such as condoms with their partners, negotiating safe sex is not a realistic option for many others, including those at risk of sexual violence. In addition, while some women may be able to use a daily oral HIV prevention pill known as PrEP, in the three African countries where it recently become available, others may prefer a long-acting prevention method.

The payoff for all of these tools spans far beyond individual women—evidence shows that when women are both empowered and healthy, they are more likely to have healthy families, educate their children, and make positive social and economic contributions to society. New discreet and long-acting HIV prevention tools have the potential to empower women to protect their own health and unlock their potential.

Results from two Phase III clinical trials last year—The Ring Study and ASPIRE—found that the ring safely reduced HIV risk among women in four African countries. Data from one study suggests that women who used the ring most consistently saw greater risk reduction, and that the youngest women, who saw little to no protection, appeared to be the least likely to use the product. Such adherence challenges are consistent with studies of other HIV prevention methods and underscore the urgent need to identify and overcome barriers to product-use for young women.

IPM is committed to doing all we can to understand how to help young women who want to use new HIV prevention technologies, like the monthly dapivirine ring, to do so consistently. Last month, we, along with AVAC, the US Agency for International Development, and Dalberg Global Development Advisors, co-hosted an event during the United Nations Commission on the Status of Women to take a holistic view of young women’s lives. Presenters shared examples of the ways HIV-prevention efforts can be informed by the very people who would benefit leveraging an approach called human-centered design, which places end-users and other key stakeholders at the center of the design and implementation process. This approach is being used to create concepts and materials to increase the adoption and sustained use of the dapivirine ring.

Several insights shared at the event could inform future steps for the dapivirine ring, should it be approved for use and added to HIV prevention programs in sub-Saharan Africa. For example, the ring could be offered where women already regularly access health services, whether for themselves or for their children.Doing so would make access to the ring more convenient, and subsequently, may increase its uptake. Participants also suggested that a welcoming, environment may also help facilitate uptake as fear of judgment can be a powerful barrier to accessing and using HIV prevention products and services.

We’re encouraged by these discussions, recognizing that they are one step in a long and iterative process of getting new HIV-prevention methods into the hands of women worldwide. Continuing to involve women in additional research on the ring and its possible introduction must continue if we are to realize its potential and pave the way for other technologies in the pipeline such as a three-month dapivirine-only ring and a multipurpose dapivirine-contraceptive ring. We’re currently pursuing regulatory approval for the dapivirine ring and looking to two open-label extension studies—DREAM and HOPE—currently underway, to gain insight into when, why, and how women use the ring now that its safety and efficacy are known, and to collect extended safety data.

The sooner we reduce the heavy HIV burden young women bear, the sooner we can empower a new generation to lead healthy and productive lives.

Sharyn Tenn is the senior director for external affairs at the International Partnership for Microbicides.

Sharyn is the founder and CEO of Tenn Global, a social impact and innovation consultancy, and currently serves as a senior advisor for global access at the International Partnership for Microbicides (IPM) where she provides...read more about this author

Research Roundup: The rise of drug-resistant TB, ecosystems and pandemics, and a UN-made global mosquito...

Written by Taylor Capizola / GHTC
Read time:
In this regular feature on Breakthroughs, we highlight some of the most interesting reads in global health research from the past week. The US Centers for Disease Control and Prevention (CDC) reported that they expect rates of multidrug resistant tuberculosis (MDR-TB) in Russia, India, South Africa, and the Philippines to rise significantly in the next 25 years. These four countries carry the heaviest burdens of resistant (both drug-resistant and MDR) TB, accounting for 230,000 cases in 2015—nearly 40 percent of cases worldwide. It is predicted that one third of all TB cases in Russia will be drug resistant by the 25-year mark. The CDC suggests that efforts should be taken to prevent the airborne transmission of TB. In addition, CDC notes the need to expand diagnostic capabilities in low- and middle-income countries and access to rapid diagnostics and effective treatments. Zoonotic diseases, or diseases passed from animal to humans, such as Ebola, HIV and AIDS, swine flu, Spanish Influenza, malaria, and the bubonic plague, have been around for hundreds of years. With increased disease surveillance efforts globally, PREDICT, a global surveillance network financed by the US Agency for International Development and other partners, has recognized something important: healthy ecosystems and wildlife leads to less disease, which lowers disease burdens and makes humans safer. In tracking outbreaks like Ebola and swine flu, PREDICT has taken samples from over 55,000 wild animals and have tracked down 815 novel viruses. When ecosystems are damaged and the animals living in those systems are displaced, disease rates are higher. This research suggests that climate conservation can also help prevent pandemics. The United Nations Environment Agency and partners launched a new surveillance platform called the Global Mosquito Alert designed to survey mosquito patterns. Leveraging a global network of scientists and volunteers, the platform will track mosquito populations and disease patterns around the world. The global alert will provide real-time open access data via cloud computing networks, allowing the general population to engage and contribute to documenting and observing the patterns of mosquitoes.
PATH/Jared Wilmoth