Election results are in: Here’s what happened and how it could impact global health R&D

Election night saw an historic shift in Congress, with Republicans extending their majority in the House of Representatives and capturing the Senate for the first time since 2006. 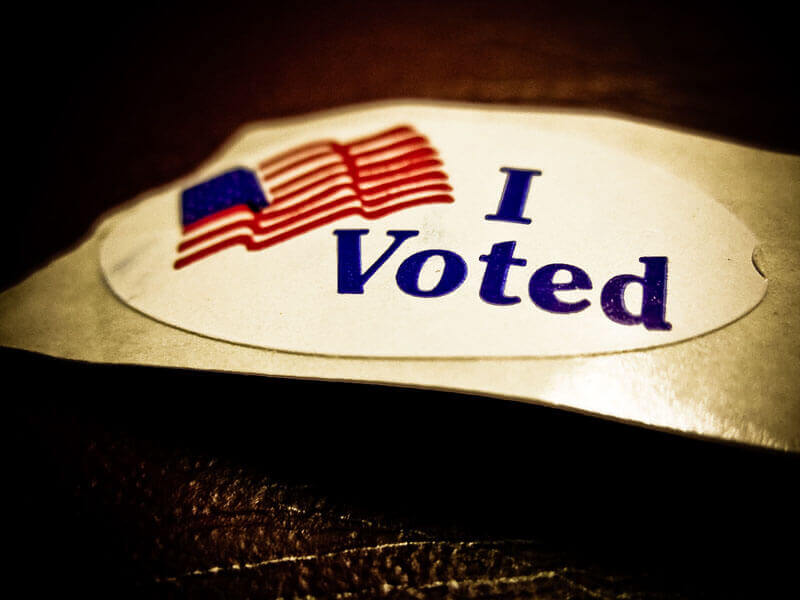 The voters spoke, and Republicans extended their majority in the House and took majority control of the Senate. Photo: VOX Efx

Election night saw an historic shift in Congress, with Republicans extending their majority in the House of Representatives and capturing the Senate for the first time since 2006. President Barack Obama now faces a united Republican Congress for the last two years of his term, and the key question will be whether he can work with Speaker John Boehner and new Senate Majority Leader Mitch McConnell or whether the gridlock will continue.

Another key story is the number of neck-in-neck races, with several races still too close to call.

Let’s take a look at how this big November shake-up might impact global health research and development (R&D):

We rightly predicated that Republicans would keep control of the House and gain seats in the Senate. However, not only did Republicans pick up seats in both chambers, they did so on a large scale, the 114th Congress will be the most dominant Republican controlled Congress since 1929.

While leadership in the House committees with jurisdiction over global health R&D issues won’t be changing too much, there were a couple of key races we were paying attention to, including those of Congressmen Brad Schneider (D-IL) and Ami Bera (D-CA), who serve on the House Foreign Affairs Committee. Schneider lost to Republican Robert Dold. Bera—who has been a strong advocate for global health issues—is currently trailing by a few thousand votes to Republican Doug Ose. With more ballots to count, final results won’t likely be known until this weekend. Last week, we mentioned other potential changes to the make-up of House committees, most of which we still won’t know until early next year when committee assignments are made. With a number of retiring members, we’ll be watching to see who gets tapped to fill roles in the House Appropriations Committee, as well as who is chosen as Ranking Member of the House Energy and Commerce Committee. 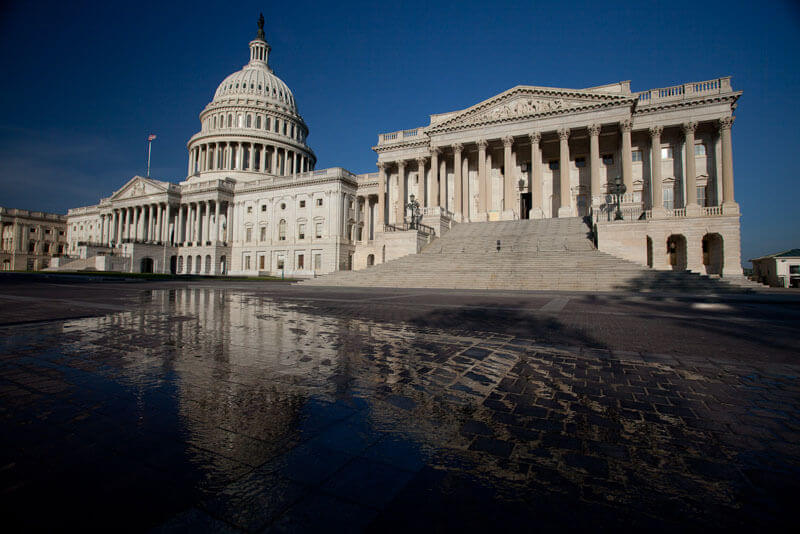 Republicans gained control of the Senate, which means there will be a complete switch up in Committee leadership. Photo: Greg Willis

As we predicted, the Senate is where things are really being shaken up. Republicans gained a total of 10 Senate seats, putting them over the 51 needed to gain control of the Senate. The all-powerful Senate Appropriations Committee, which has jurisdiction over deciding funding allotments across the US government, will look particularly different in the 114th Congress. Senator Mark Pryor (D-AR)—current chairman of the Agriculture Appropriations Subcommittee, which has funding jurisdiction over the FDA—lost in a close race to Republican Tom Cotton. Current incumbent Senator Mary Landrieu (D-LA) will be facing a tough run-off election with Republican Bill Cassidy, and Senator Mark Begich (D-AK) is currently losing to Republican Dan Sullivan (although votes are still too close to make a final call). One bright spot for Democrats came in the reelection of Senator Jeanne Shaheen (D-NH), who will likely continue to serve on both the Senate Appropriations and Foreign Relations Committees.

A Republican-controlled Senate means there will be a complete switch up in Committee leadership–with all chairmen roles in the 114th Congress being filled by the majority party—in this case Republicans. Committees also reflect the general ratio of Republicans and Democrats in each chamber; thus, we will also see members switching between committees to retain proper committee ratios. We will likely see current ranking members of both full and subcommittees—like Senators Jerry Moran (R-KS), Lindsey Graham (R-SC), Thad Cochran (R-MS), Richard Shelby (R-AL), Lamar Alexander (R-TN), and Bob Corker (R-TN) step into chairman roles.

What does it all mean?

Leading both chambers for the first time in years, Republicans will be anxious to show they can lead and are able to unify their party. Whatever the final outcomes of recounts and runoffs, we've got to start educating new members of both the House and the Senate on the critical role the US government plays in global health R&D.

Written by Mike Frick / Treatment Action Group
Read time:
At the 45th Union World Lung Health Conference, TB activists called for more funding for TB R&D. Photo: Steve Forrest/The UnionIn this guest post, Mike Watson Frick—TB/HIV program officer at Treatment Action Group (TAG)—writes about the state of tuberculosis (TB) research funding and civil society actions that took place at the recent Union World Conference on Lung Health in Barcelona, Spain. At the end of last month, the global community of TB scientists, activists, and healthcare workers gathered in Barcelona, Spain for the 45th Union World Conference on Lung Health. For the first time, the conference opened with a rousing call by civil society organizations to triple annual spending on TB research to US$2 billion per year. At the conference's opening ceremony, activists from Treatment Action Campaign (TAC), TAG, the Global TB Community Advisory Board, AIDS Free World, International Treatment Preparedness Coalition, and HIV i-Base called on governments, donors, and industry to #CoughUpTheTBMoney to fully fund TB research and the development of new TB treatments.The activists who took the stage in Barcelona were reacting to the dismal news contained in a report released by TAG the previous week showing that funding for TB research in 2013 fell $1.3 billion short of the $2 billion the Stop TB Partnership estimates the world must spend each year in order to eliminate TB as a public health threat.2014 Report on Tuberculosis Research Funding Trends. Photo: Treatment Action GroupTAG's annual Report on Tuberculosis Research Funding Trends shows that funding for TB research has flat lined since 2009. After declining in 2012, funding for TB research & development (R&D) increased slightly in 2013, due largely to an increase in spending by the Bill & Melinda Gates Foundation. Worldwide, governments, charities, industry groups, and multilateral organizations spent just $676.6 million on TB R&D in 2013. Funding shortfalls persist in every category of TB research tracked by TAG—basic science, diagnostics, drugs, vaccines, and operational research—making 2013 the ninth straight year of missed funding targets. The gap is largest, in absolute terms, in TB drug research where funders spent just $255 million of the $740 million funding target.The human consequences of such anemic funding for TB drug research were voiced by many of the TB patients and survivors attending the conference in Barcelona. At the opening ceremony, two women personally affected by TB read statements about their experiences, illustrating the pressing need to support research. Portia Serote of TAC described the lengthy duration, side effects, and difficulties of receiving drug-sensitive TB treatment, while Stephanie A.—a woman from Los Angeles whose brother has extensively drug-resistant (XDR)TB—described how side effects from XDR TB drugs are causing her brother to lose his hearing, as well as feeling in his hands and feet. For both drug-sensitive and drug-resistant TB, shorter, less-toxic regimens would improve the arduous journey patients must endure to cure their TB.Yet desperately needed progress in TB research rests on a shaky financial foundation rocked by two forces. First, the pharmaceutical industry is abandoning TB research as reflected in the 33 percent drop in industry spending from $144.97 million in 2011 to $99.6 million in 2013. With expenditures under $100 million, the private sector now spends less on TB R&D than it did in 2009 at the peak of the economic crisis. Even more alarming, 60 percent of industry spending on TB research in 2013 came from one just one company: Otsuka. Not considering Otsuka's investment of $58.7 million, other private sector companies mustered just $40 million on research to develop new TB drugs, diagnostics, and vaccines. Three pharmaceutical companies have left TB research in as many years, a rate of attrition driven by an industry-wide shift away from anti-infectives research as pharmaceutical companies either concentrate on more lucrative endeavors—such as developing new vaccines and drugs for chronic diseases or pursuing mergers and acquisitions to focus on core business. The abandonment of anti-infectives work has become severe enough to prompt a Presidential executive order that includes a recommendation to give incentives of $800 million per year for pharmaceutical companies to develop new drugs.Conference participants signed posters with the rallying cry #CoughUptheTBMoney. Photo: Mike Frick/TAGPharmaceutical disinvestment is increasing pressure on public funders to shoulder a greater percentage of TB R&D funding at a time when many government agencies are fighting off the shortsighted cutbacks of fiscal austerity measures—the second force undermining TB research. Federally mandated, across-the-board budget cuts under sequestration in 2013 led to lower TB R&D spending at the US National Institute of Allergy and Infectious Diseases and the US Centers for Disease Control and Prevention—the first and ninth largest funders respectively of TB R&D globally. Sixty-two percent of public money for TB research comes from one country—the United States—revealing the TB research endeavor’s depth of dependency on just a handful of public agencies, whose budgets are either being actively scaled back or, at best, failing to keep pace with inflation and the rising costs of biomedical research.Reducing TB deaths by 95 percent and cutting the number of new TB cases by 90 percent by 2035—the two goals of the post-2015 TB strategy approved by the World Health Assembly (WHA) in May 2013—will require research to develop and introduce new tools. The WHA notes that new tools must be introduced no later than 2025—and preferably sooner. Yet chronic underfunding of TB research jeopardizes this vision of achieving a world free of TB. Reversing this stagnation will require building a movement for TB research that can bring money, muscle, and political commitment to bear on research funders—new and old—from all sectors. The message to #CoughUpTheTBMoney, repeated throughout the meeting in Barcelona and endorsed by hundreds of signatures from conference delegates, represents a small but significant first step toward building a stronger TB research movement.

Written by Marissa Chmiola / GHTC
Read time:
In this regular feature on Breakthroughs, we highlight some of the most interesting reads in global health research from the past week. GHTC’s Senior Policy and Advocacy Associate Jenny Howell assesses how tomorrow’s congressional election results could impact global health research and development (R&D). With Republicans expected to gain seats in the House and take control of the Senate, shifts in the makeup and leadership of key committees with oversight over global health R&D are expected. Senators Tom Harkin (D-IA) and Lamar Alexander (R-TN) announced their intention to introduce a new bill to accelerate the development of treatments and vaccines for Ebola. The bill would add Ebola to the list of qualifying tropical diseases for the Food and Drug Administration’s priority review voucher program—which is designed to incentivize the development of drugs, vaccines, and other health tools for neglected tropical diseases. Emily Donaldson, program coordinator at AVAC, and Tom Harmon, senior policy analyst at the International AIDS Vaccine Initiative (IAVI), discussed the state of HIV prevention research funding while the first-ever conference devoted solely to HIV prevention R&D took place last week in Cape Town, South Africa. During his speech at the annual meeting of the American Society of Tropical Medicine and Hygiene, Bill Gates said he believes it is possible to eradicate malaria within a generation. To reach that goal, Gates pledged that the Bill & Melinda Gates Foundation would increase its malaria program budget by 30 percent—to more than $200 million per year. A group of European universities and medical groups plan to give experimental drugs to Ebola patients in West Africa without assigning any trial participants to a placebo group. These groups say it would be unethical to withhold potentially lifesaving treatment, but US officials argue that without a control group, it is impossible to assess whether the drugs are effective. The Wall Street Journal takes a deeper look at this debate.