7 ways CDC is keeping us safe from deadly diseases

The threat is real: defunding the US Centers for Disease Control and Prevention  (CDC) puts us all in danger, in every country of the globe.

Over the past seven decades, the US Centers for Disease Control and Prevention (CDC) has played a vital role in global health, responding to the world’s most deadly disease outbreaks and advancing critical research that promotes health and security of communities around the world while protecting the lives of Americans.

This makes it all the more distressing to see the US Administration and Congress call for significant cuts to CDC in Fiscal Year 2018 (FY18).

The President’s FY18 budget proposal called for US$1.2 billion in reductions for CDC, including over a $100 million cut to CDC’s global health work. While the House of Representatives did not propose the same cuts—and largely supported CDC’s global health activities—the House is still considering a $200 million cut to CDC’s topline funding, straining key operations that protect Americans from deadly threats.

Here’s why CDC’s operations are vital, and why cuts would severely curtail critical activities that protect everyone, including Americans: 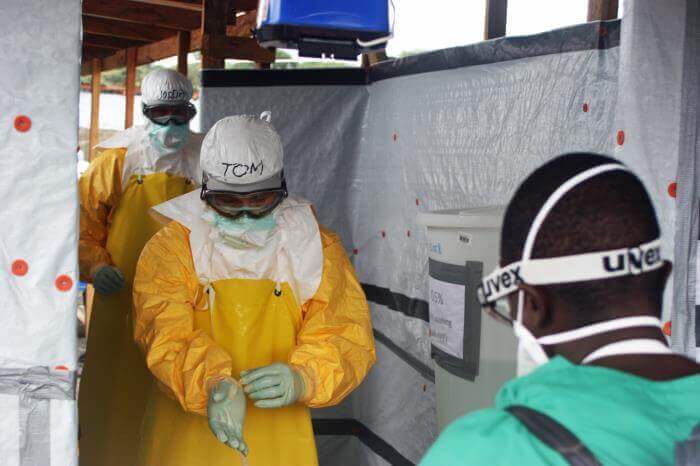 CDC responders, including former director Dr. Tom Frieden, exit an Ebola treatment unit in Monrovia, Liberia, during the 2014 West African Ebola outbreak. Photo: Sally Ezra/CDCCDC’s Emergency Operations Center (EOC) in Atlanta is at the forefront of tracking disease outbreaks and public health events both within the United States and abroad. Since its inception in September 2001, the EOC has responded to more than 60 public health threats around the world including Ebola, Zika, and anthrax. The surveillance and tracking data generated inform states, other countries, and international bodies like the World Health Organization as they make critical decisions on response and intervention.

CDC plays an unparalleled role in training and deploying epidemiologists and other “disease detectives”—US citizens and those in partner countries—to monitor and respond to infectious disease threats. CDC’s Global Rapid Response Team of 350 US public health experts is ready to deploy anywhere in the world on short notice. Their Field Epidemiology Training Program has trained more than 3,100 people in over 72 countries, ensuring that experts are present and prepared to keep deadly outbreaks from turning into pandemics on US shores.

3. Scientists at the CDC lead long-term research in deadly and unexplained diseases to ensure we understand long-term effects and develop the best treatment methods. 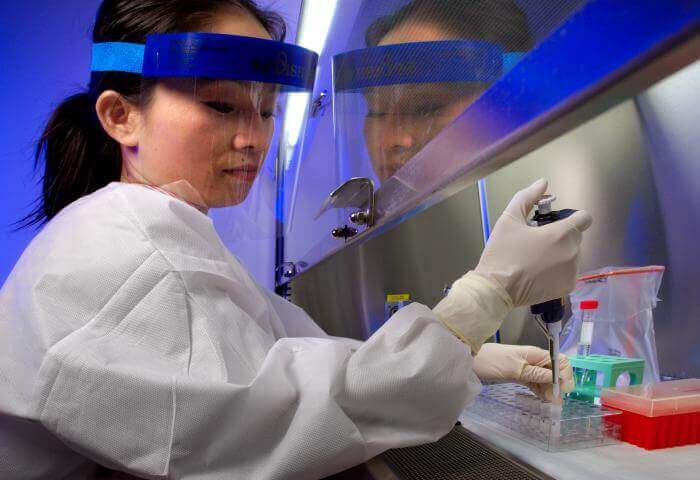 A CDC researcher works with an HIV sample to extract DNA. Photos: CDC/James Gathany.Though the Ebola outbreak in West Africa has subsided, scientists from CDC’s National Center for Emerging and Zoonotic Infectious Diseases (NCEZID) continue to conduct follow-up studies with survivors to learn what long-term symptoms they face, how long the virus can persist, and how some people are better able to survive Ebola. This work is important so that we are better prepared when and if there is another Ebola outbreak.

4. Their overseas labs lead the world in disease discovery and learning.

Since 2005, CDC’s 10 Global Disease Detection Centers have discovered 12 pathogens and organisms. These discoveries help us understand new diseases and disease mutations, and protect all of us from emerging diseases.

For instance, CDC HIV and AIDS labs created a novel diagnostic that can identify if a person is HIV positive and, for the first time, if the infection is recent or longstanding. This innovation promises to be a game changer in efforts to end the AIDS epidemic through better, more rapid contract tracing to contain the virus’s spread. NCEZID also developed the Triloplex test early in the Zika outbreak that detects and differentiates between three similar mosquito-borne viruses: Zika, dengue, and chikungunya.

6. They’re a critical partner in flagship US global health programs.

7. CDC’s global work has health and economic benefits to Americans at home.

CDC’s global health security work helps 49 countries detect, prevent, and respond to emerging outbreaks of diseases—which not only protects citizens of these countries but also prevents diseases from entering the US. This important work also helps strengthen economies overseas and develop trading partners for the US. According to 2015 US Department of Commerce data, all 49 global health security partner countries spent over $308.5 billion annually on American exports, supporting 1.6 million American jobs.

As the US Senate considers FY18 funding for CDC, we hope they will recognize that CDC’s work to protect global and American health is unique, matters, and warrants robust funding. Ongoing investment is critical to maintain CDC infrastructure at home and overseas, which gives us the capacity we need to respond to diseases we know—and those we haven’t heard of yet. Without appropriate funding, we risk losing ground in our global fight against infectious diseases—and we risk lives.

Brandon Ball is a Policy and Advocacy Officer at PATH, a global nonprofit dedicated to ending health inequity.

Written by Taylor Capizola / GHTC
Read time:
In this regular feature on Breakthroughs, we highlight some of the most interesting reads in global health research from the past week. The only existing tuberculosis (TB) vaccine—the bacille Calmette-Guerin (BCG) vaccine—has proven to be more effective than previously thought, delivering protection against the disease for around 20 years. The London School of Hygiene and Tropical Medicine led a study that found half of those individuals who were given the vaccine at ages 12 or 13 were protected against TB for at least 20 years. The vaccine was thought to deliver protection for only 10 to 15 years. These findings strenthen the case for administering BCG to children in low- and middle-income countries with high TB rates. The Tanzanian government has announced that in 2018 the country will begin using Zipline drones to deliver essential medical technologies to citizens in the capital city of Dodoma. The drone service can deliver everyday goods like food, but can also deliver live-saving medicines and vaccines, and contraceptives like condoms. Technology in low-resource and rural parts of the world has been used in the past to help diagnose and track diseases, but these technologies have proven challenging to deliver due to rugged terrain or geographic isolation. The Zipline drones are the first of their kind and can deliver products within a 50-mile radius. The Tanzanian Ministry of Health is working to add three more drone locations within the nation. The University of North Carolina Chapel Hill is studying the efficacy of a rapid diagnostic tool for malaria in very rural areas of Uganda. Researchers testing the low-cost tool in these areas and found that it could perform diagnoses with high specificity and sensitivity for both uncomplicated and severe malaria. This level of accuracy in diagnosis may allow health professionals to prioritize treatment for cases that may be more life threatening than others. Accurately diagnosing children who contract a severe form of malaria makes it possible to prioritize cases and potentially save lives.
Novartis

Research Roundup: A new anti-malarial, the promise of probiotics, and genetically-engineered TB

Written by Marissa Chmiola / GHTC
Read time:
In this regular feature on Breakthroughs, we highlight some of the most interesting reads in global health research from the past week. Novartis has launched patient testing of a new anti-malaria compound with the hopes of staving off the development of further drug-resistance. The experimental compound—KAF156—will be tested in combination with another medicine in children and adults across nine countries in Africa and Asia over the next few months. In recent years, there have been increasing reports of malaria parasites that have become resistant to the standard treatment regimens against malaria, spurring the need for new treatment options from different classes of antimalarial compounds. Novartis expects to complete phase 2b studies of the compound by late 2019. It remains too early to tell whether the product will eventually reach market. A strain of gut bacteria taken from the diaper of a baby could hold promise in saving the lives of thousands of newborns in poor regions. Scientists conducting a large clinical trial in India found that babies who were fed a probiotic strain of Lactobacillus bacteria for a week were 40 percent less likely to develop a deadly infection called sepsis, which kills 600,000 newborns per year in India and other nearby nations. Babies who took the probiotic also had fewer cases of pneumonia, diarrhea, and ear infections. Researchers believe this probiotic—which costs only US$1—could be a “game changer” in advancing the health of infants in poor nations. Scientists at Harvard University are genetically engineering relatives of Mycobacterium tuberculosis (TB) in the hopes if speeding development and clinical trials to develop a better TB vaccine. The only currently available TB vaccine is partially effective in children and performs poorly in adults, so scientists are working to develop other vaccine candidates. However, performing clinical trials on vaccines is challenging because a typical clinical trial involves observing large numbers of people over long periods of time to monitor results in a small subset of people that naturally come into contact with the microbe. Alternatively, “challenge studies” infect people on purpose, so are faster and less expensive, but these studies are only possible if the disease can be detected and treated easily. TB can take time to detect and many months to treat, so is not appropriate for this type of study. The team at Harvard is working to genetically modify TB so it can be safely given to people as part of challenge trials, and thus help speed vaccine development.